Issue 10 was the final issue of Kull volume 3, and effectively the end of Kull at Marvel.

There's a lot going on in this issue - it opens on action with a boar hunt in the woods. The issue has intrigue (some devious looters), tragic romance (Daphna is sick and Kull's love is the only cure), wizardry (an attempt to save Daphna as well as evil magic afoot in the Pictish Isles), villains (the dramatic return of the serpent men), horror (a ghost walks the palace halls), more action (a titanic rematch between Kull and Gonra), and more. All of that and the second in the matching set of Barry Windsor-Smith covers, this time featuring Kull in the same pose as last time, but with a serpent head.

None of that was enough to save the comic from the end of the second wave of heroic fantasy, and the book was canceled leaving multiple story lines unresolved.

While none of the three incarnations of Kull the Conqueror was really clearly the best, this third volume might have been had it been able to survive.

Other reviews for Kull the Conqueror #10 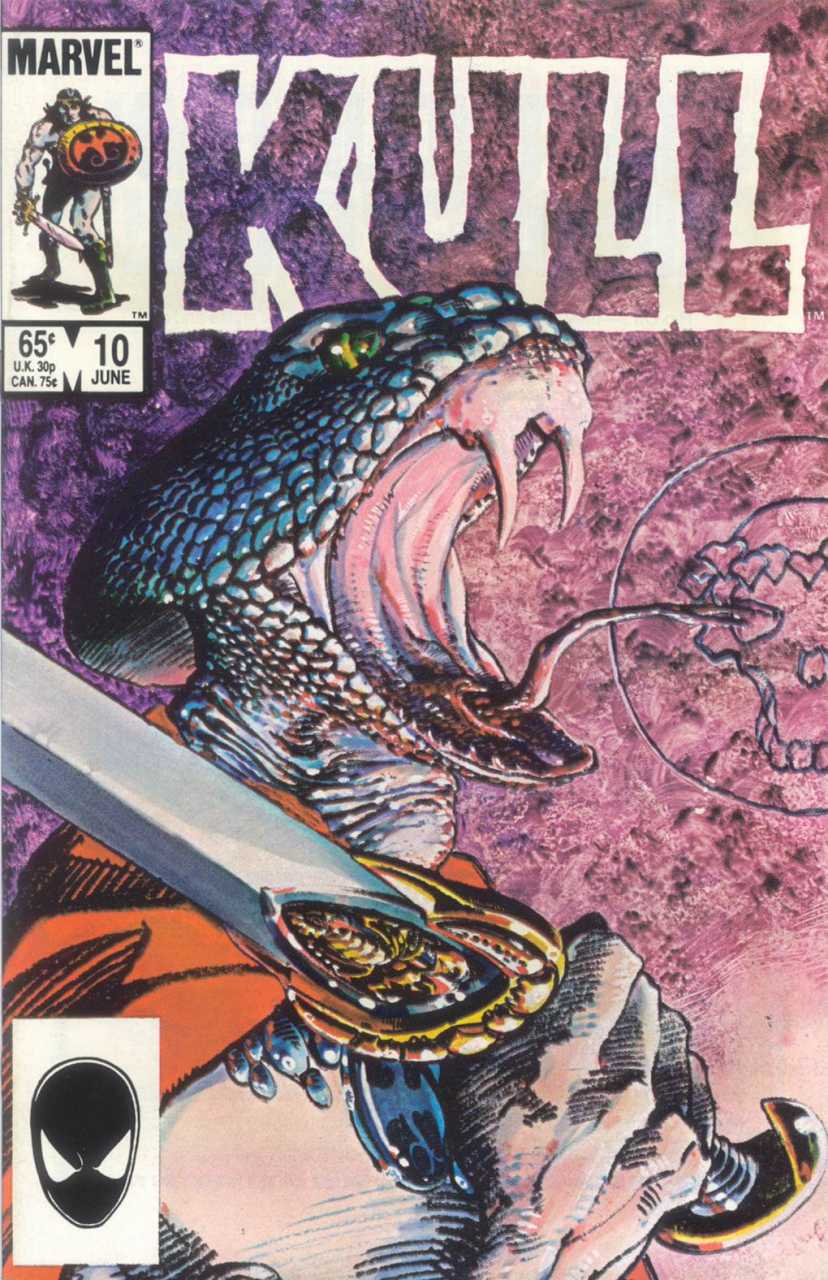