jyger85's Justice League United #11 - The Island of No Return review

So, it’s been a while since I did a full review of a comic, and since this is the book that grants the wish of so many within the Poison Ivy League, seeing her operating as a hero again (kinda), I figured I should give it a shot. Before I go too in-depth on my thoughts, though, let’s run down the plot first.

The comic starts with a monologue by Adam Strange, who is apparently trapped within the Zeta Beams, as he watches Animal Man, Stargirl, Alanna Strange, and Equinox recruiting a group of people for a mission. Specifically, they recruit Mera, Swamp Thing, Poison Ivy, and Etrigan to deal with something called a Breaker. More or less, in the aftermath of Convergence, anomalies in space and time have emerged on Earth 0 that are tearing up the fabric of reality (or something like that, anyway), and the JLU are recruiting both heroes and villains to deal with each Breaker as they appear. Where are the rest of the team? Well, apparently, Supergirl, Green Arrow, and Martian Manhunter all left the team without so much as a warning or an explanation. As such, Adam Strange is picking out people based on how they’d perform in each specific mission, although Ivy jokes that, with her and Mera on the same team, that he just has a redhead fetish…No comment. Anyway, Equinox is sent as the League representative for the mission with the four individuals selected, and they go to deal with the Breaker. Specifically, a massive red blob of some sort, neither animal nor plant-life but having elements of both, has appeared in the middle of the ocean. Unfortunately, as they arrive, Poison Ivy and Swamp Thing realize that they've been cut off from The Green, just as the Breaker begins its assault on the team, leaving Adam Strange to watch as he determines that they’re about to see if he selected wisely.

So, let’s talk for a sec about…well, I suppose the big thing for me: Poison Ivy. First off, not a fan of the fact that she’s introduced in this comic as pushing drugs, although it at least makes more sense than Superman pushing super pills in Injustice. Otherwise, while it initially bugged me how much she seemed to be complaining throughout the issue, specifically as it pertained to why she was there, I have to admit that, once I put myself in her shoes, it made a bit more sense. If I was drafted for a mission in the middle of nowhere, with no idea of what I was supposed to do or why I was even there, especially given that Swamp Thing was also on the team, I’d probably be less than completely okay with everything going on. Hopefully, this is leading somewhere that’ll resolve that issue.

The other major thing that bugs me is the idea that half of the original team just left without so much as a word. I get that Martian Manhunter is supposed to be this big question mark of a character nowadays, but his connection with his team-mates should've at least given him enough of a conscience to come up with an excuse. As for Supergirl and Green Arrow, I seriously find that to be complete horse-crap. In fact, given that there seems to be a lot that went on between issues 10 and 11, and the massive overhaul of the team and its dynamics, it feels like this either should've been a completely different team altogether, or a new volume of the book, either way providing an issue 0 to explain what the hell happened in the gap. To be honest, given the nature of what they’re dealing with, it feels more like a Justice League Dark mission… … …What happened to them, anyway?

The last negative thing I wanna address has to deal with Mera. I have no idea what’s going on in the Aquaman book, but I do not like the idea of Mera basically on a manhunt for her husba-Oh wait, forgot, Dan Didio said no to married heroes, and only Animal Man seemed to slip through the cracks and keep his intact (and thank God he did, btw). I dunno, she just comes off as way too angry and one-track minded about hunting Arthur down. As a side-note, though, I DID love the line from Animal Man talking about how he’s been mistaken for Aquaman on occasion. Now, as a MASSIVE comic geek, I can honestly say that I've never once mistaken the two, but I HAVE seen it happen, and I seem to recall even in-universe, other heroes have mistaken how his powers work for how Aquaman'’s do (that he talks to animals like how Aquaman can communicate with aquatic life).

With that out of the way, lemme talk about what I DO like. For starters, I like that the members that DID stick around did so and are therefore still relevant. Not one of them have their own books currently, and I don’t think that’s exactly in the cards for any of them at this time. I also love that these are basically B, C, and quite possibly even D-list heroes, and yet they’re having to take on a mission that could have serious repercussions if left unchecked, AND having to be the ones taking charge of the situation. It’s a huge undertaking for them, and it’s one that’s not always going to have an easy solution, but we see them trying their best to do what they can. And dammit, we needed a book about heroes that aren't at the top of the food chain that can save the world too.

Secondly, I like that the events of Convergence are having consequences. As far as I can tell, at this time, none of the other books are addressing Convergence and what went down there. You just can’t do something like Convergence, which honestly forces me to try and learn what the plural of the word Multiverse is, without having some long-lasting fall-out. Here, we see that, when you take worlds that existed in a seemingly infinitely stretching Multiverse, all kept divided on different vibrational frequencies, some of which didn’t even physically exist anymore, and then pluck parts of them off and put them on the same planet, it kinda sorta BREAKS SPACE. Granted, I wish the fall-out from Convergence included seeing some of these alternate worlds, but dammit, at this point, I’ll take what I can get.

Lastly, I like the idea that this is a team book where, at any given time, seemingly ANYONE could show up for a mission. Heroes, villains, neutrals, doesn’t matter. You wanna see Poison Ivy save the world with Swamp Thing? We’re seeing it here and now. You wanna see Hawk and Dove chilling with Fire and Ice? Based on the preview we got during Convergence, could very well see just that. Anyone could appear for a team-up, and as you know, I’m a huge sucker for stories that have tons of heroes working together.

Anyway, those are my thoughts on the book. Will I continue to pick it up after Poison Ivy leaves? Maybe, if it can make up for the stuff I disliked and continue to do what I DO like. And hey, if you’re a Poison Ivy fan, be sure to let DC know you wanna see more of her…which, FYI? Apparently we’re getting a mini-series for Poison Ivy next year written by Amy Chu, which I’m gonna NEED to check out when it comes out. 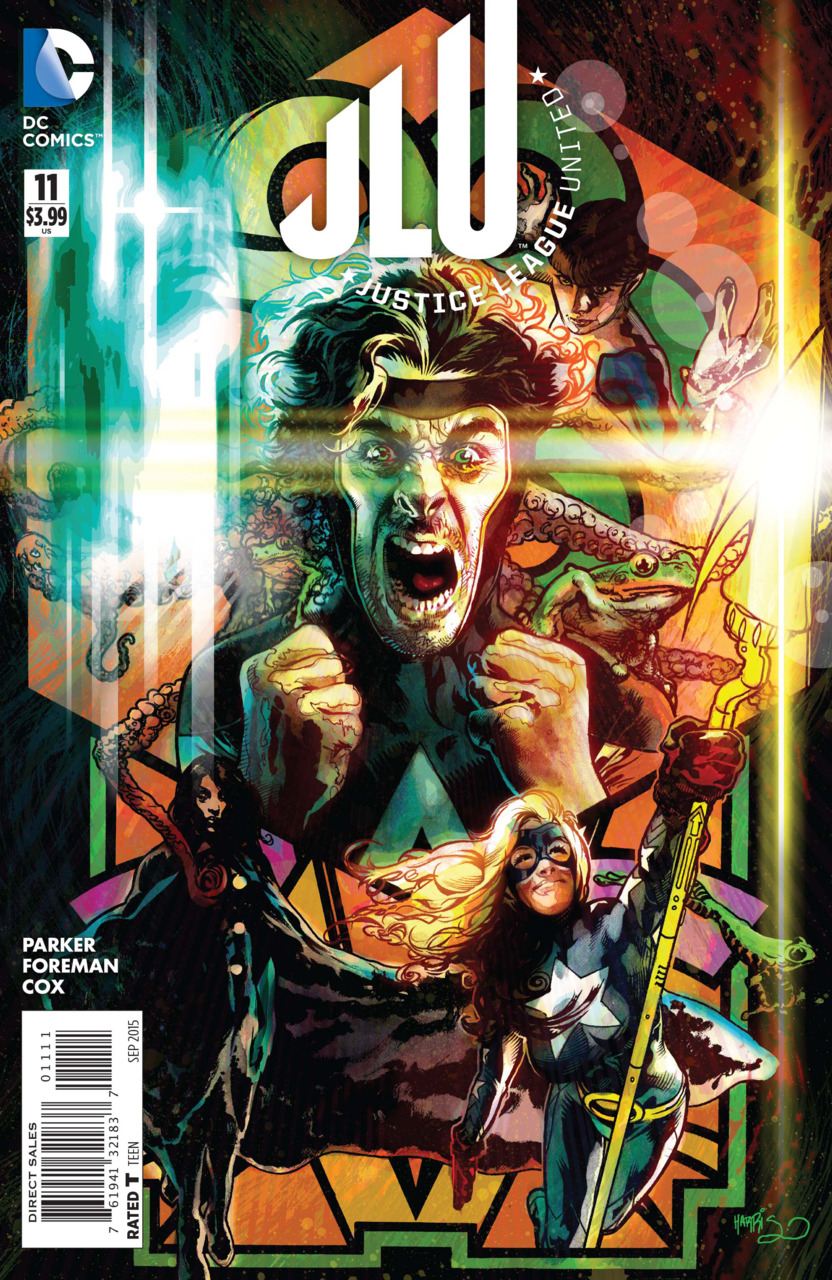