Shut your eyes. Imagine you're floating.

Unlike previous issues, this one focuses more on building up to the final confrontation with Enchantress rather than on the characters themselves, which isn't necessarily a bad thing. There are a few character-driven moments, such as June Moon bonding with Deadman, even saying that he's "way cooler than Superman", and Madame Xanadu struggling to cope with JL:D's impending doom, and the guilt of having a hand in it. There are a couple of other fun moments, such as a scene with Dove and Constantine that echoes a scene from Watchmen between Nite Owl and Rorschach. And the scene with Shade and Mindwarp goes strangely unresolved.

I rather like how Zatanna has been depicted in these last few issues. She seems fully aware that Enchantress is far more powerful than she is and facing her can mean her death. And yet, she's so quietly resigned to her fate. It has interesting implications for how she handles her relationships, because if she allows Batman and Constantine to remain in her life, they'll probably do the heroic thing and die with her. However, as she will no doubt learn in the coming issues, she needs help in this battle and that's when Justice League Dark will finally be formed.

The artwork in this issue is much better than the last one. I'm not much of a fan of how the M-Vest and Mindwarp's energy sparks are depicted, they just look flat and unbelievable against the rest of the environment. But they're not as present here as they were in the last issue. Mikel Janin and Ulises Arreola seems to consistently do an amazing job on Madame Xanadu, in particular. Her inking and colour is always just right in each panel. And the crowd scenes with the June Moon/Enchantress simulcra are always as stunning as they are gruesome and terrible. And I can't end this review without mentioning just how much I love Ryan Sook's cover. It's by the far the best one he's done and definitely one of the best covers of the relaunch. It almost feels like a Pre-Raphaelite painting of a knight rescuing a fare maiden or something taken out of one of Grimm's fairy tales, but with a modern, Vertigo twist.

Other reviews for Justice League Dark #4 - In The Dark, Part Four: By the Light of the Moone

Howling At the Moone 0

The Good: The cover is sickeningly compelling, with such intense grotesque detail, I absolutely love it.... except, the extra words seems so unnecessary, and they pretty much eat up and ruin the effectiveness of the blank white space. It's frustrating because it appears that DC laid out the words in such a way to eliminate as much of the white space as possible, which is baffling because the white space is what makes this cover so gorgeous. The artwork continues to be something hard to properly ...

What the cat's dragged in 0

The yo-yo effect seems to be going on a fair bit in  this series, as the series shifts between good and mediocre, with another return to mediocrity here.  The story follows a kind of convoluted coming together of various heroes but the chaotic manner of their association is not really given much meaning.  At the same time the creative team seems happy to make up for the lack of a firm direction here with a decent amount of gore.  Not that this is bad, because this is a horror themed comic, just ... 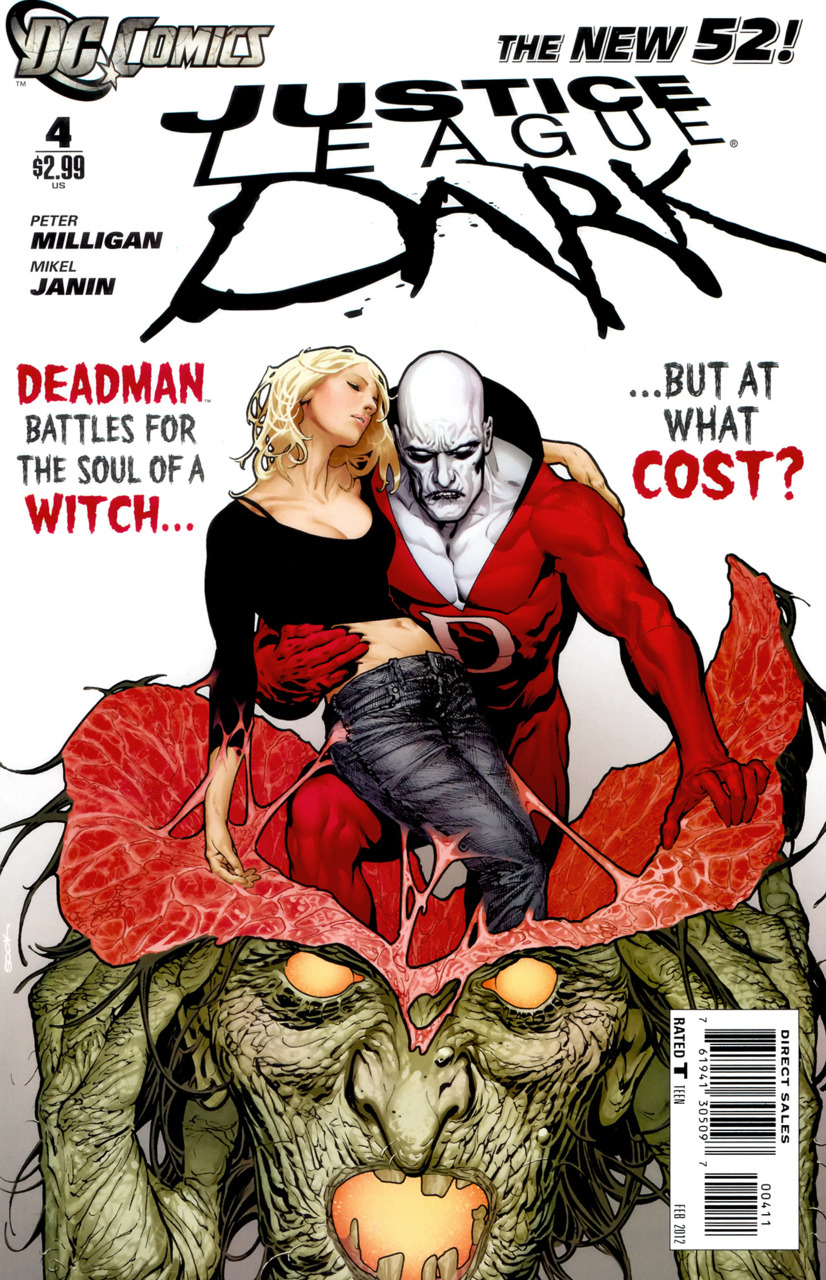