I woke up early like a kid on Christmas morning and rushed to my iPad to buy Justice League #23. After putting out my Outsider/Alfred post, the suspense of waiting to have my suspicions confirmed was killing me. I had the feeling we'd be getting answers this issue and did we!

Ivan Reis, Joe Prado and Rod Reis knock the art in this issue out of the park. I think this is best I've ever seen out of this art team. Every panel on every page is expertly rendered. If there's any complaint about the art here, it's that not enough comics from Marvel and DC look this good.

I'd like to warn you all that I am going SPOILER CRAZY from here on out, so if you haven't read Justice League #23 yet, perhaps now would be a good time to close this window and come back when you have. Cool?

Alfred works for Owlman, the evil Batman counterpart from Earth-3. Some people have speculated that Earth-3 Owlman and the Owlman that appeared in Scott Snyder's Court of Owls are one and the same, but that does not appear to be the case. While they do have costumes very similar to each other, going by how he addresses Alfred, it sounds like the Earth-3 Owlman has been trapped on Earth-3 alongside the rest of the Crime Syndicate all this time.

Geoff Johns is a writer who loves the Silver Age. He's the man who made Hal Jordan and Barry Allen relevant again. Because of that, I am insanely excited to see his take on the Crime Syndicate of America. I've had a thing for the Crime Syndicate since I first encountered them the first time I read Crisis on Infinite Earths. I have always loved evil versions of heroes. It's a concept that doesn't get old to me. Grant Morrison perfected the Crime Syndicate in his Earth-2 graphic novel, and I'm looking forward to Geoff Johns taking them to the next level. The amount of thought that Johns has already put into these new versions of these characters is great. Power Ring being a coward is so clever, yet I'm surprised no one ever thought of that before. Superwoman's golden lasso being made out of barbed wire makes her appear like even more of a sadist that when Grant Morrison wrote her.Power Ring is no Hal Jordan.

Has Cyborg ever been treated as brutally as he was in his takeover by The Grid? The panel where his cyborg half is cleaving itself from his body makes Magneto ripping Wolverine's adamantium out look like a spa exfoliation treatment. I'm really hoping that Vic having his cyborg half ripped from him means we're going to get a slimmed down redesign of Cyborg in the near future.

My other favorite scene in the book is when Atomica reveals herself as the traitor. The way that Reis and Prado draw the expression on her face when she's revealing the truth to Vic is just classic.

Everything you need to know about the character is revealed right there in that panel. She's not the guilt-ridden wet blanket that she's been portraying herself as in the previous parts of Trinity War. She played both leagues. Somehow she even managed to hide it from J'onn. I really like that Johns hid her duplicity as The Outsider's inside woman in the league by having her cover being she was a secret agent spying on the Justice League for the Justice League of America. Looking back on it though, it makes so much sense. The Outsider bragged about having a mole in the Justice League of America and the Justice League. It should have been obvious that the mole would be the one person who has access to both leagues.I wonder if the outing of Atomica means we'll see the return of Ray Palmer to the DCU. I certainly hope so.

The True Number of Evil 0

As a whole this series has been fantastic, and although it's not been the best that DC has produced, it hasn't been far off, having produced some fabulous storylines so far. The current Trinity War story that finishes this issue has however intrigued me the most recently, and I look forward to seeing how it leads into Forever Evil.PlotAll the heroes have assembled in Greece, with Pandora's Box turning everyone against each other, with The Outsider makes this play to his advantage.ReviewThis was ... 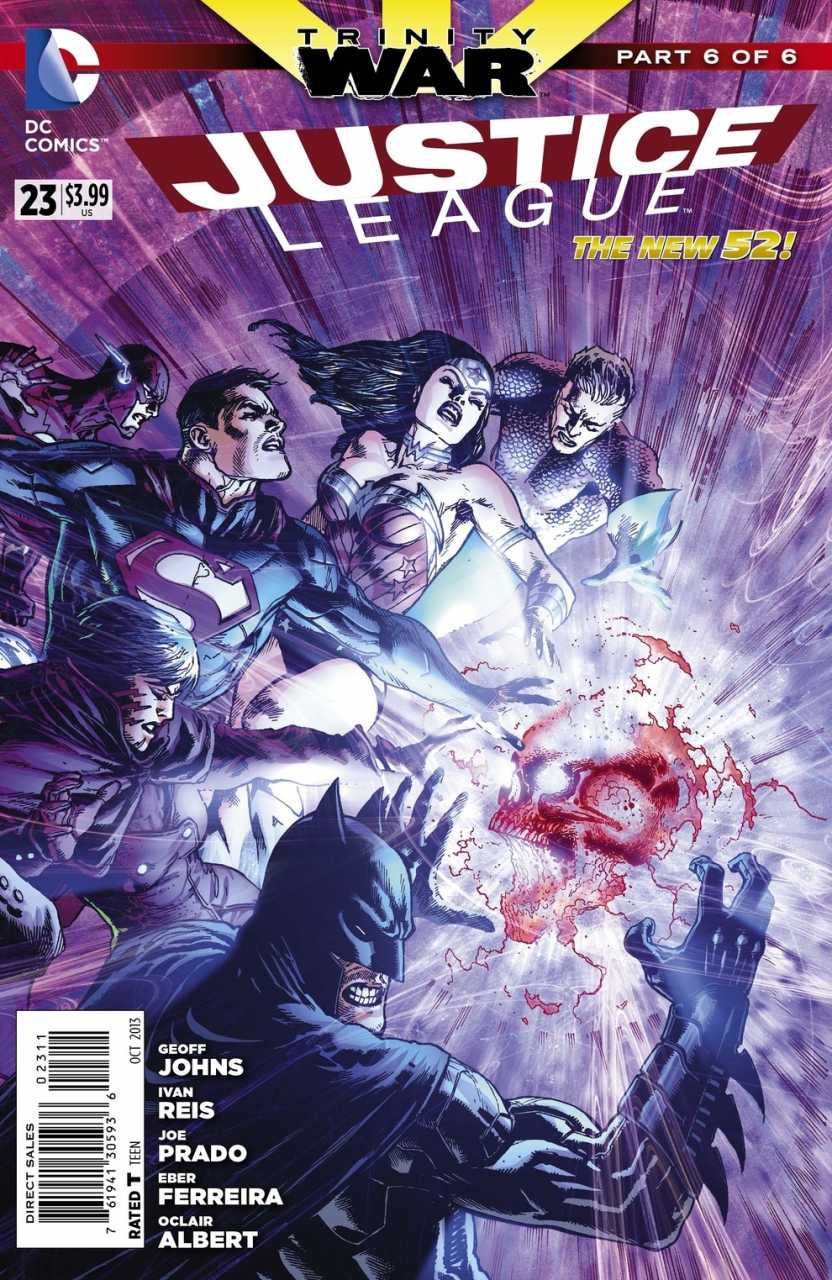 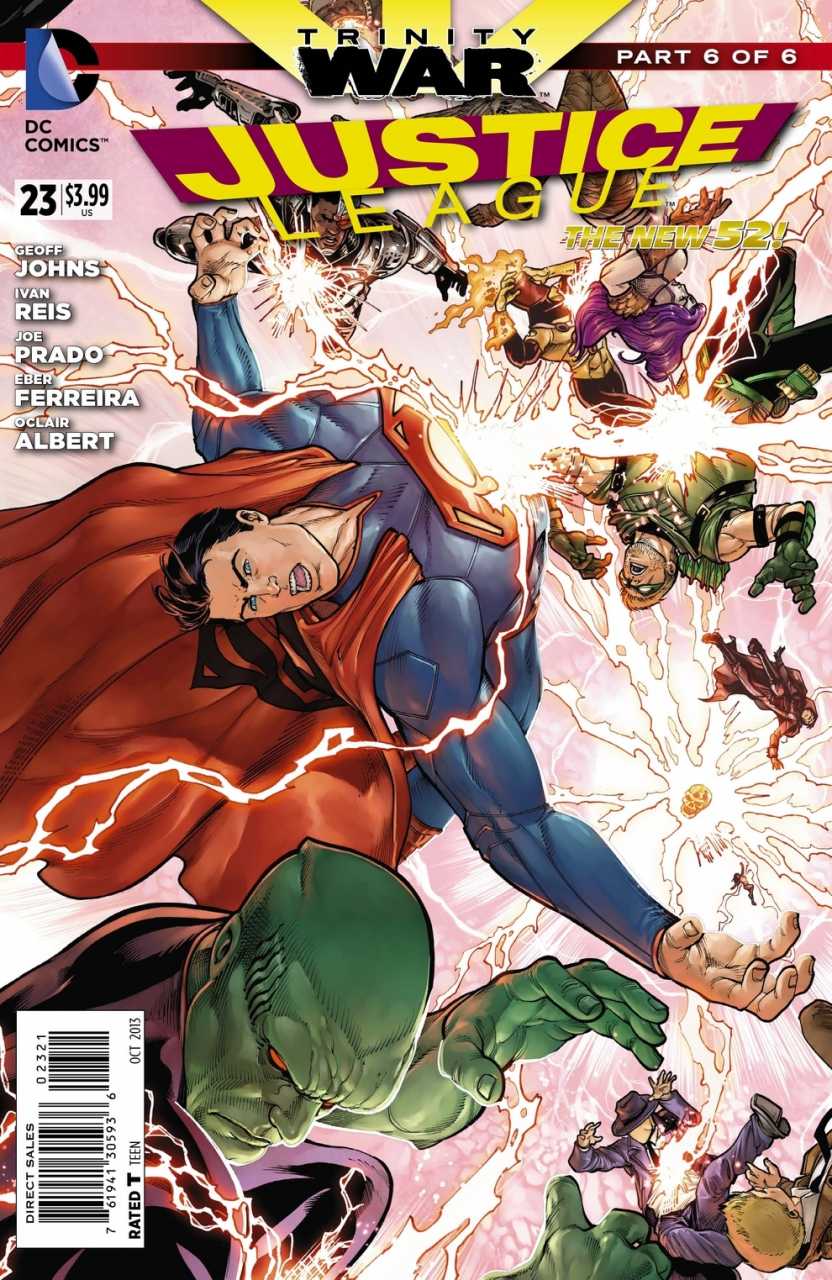 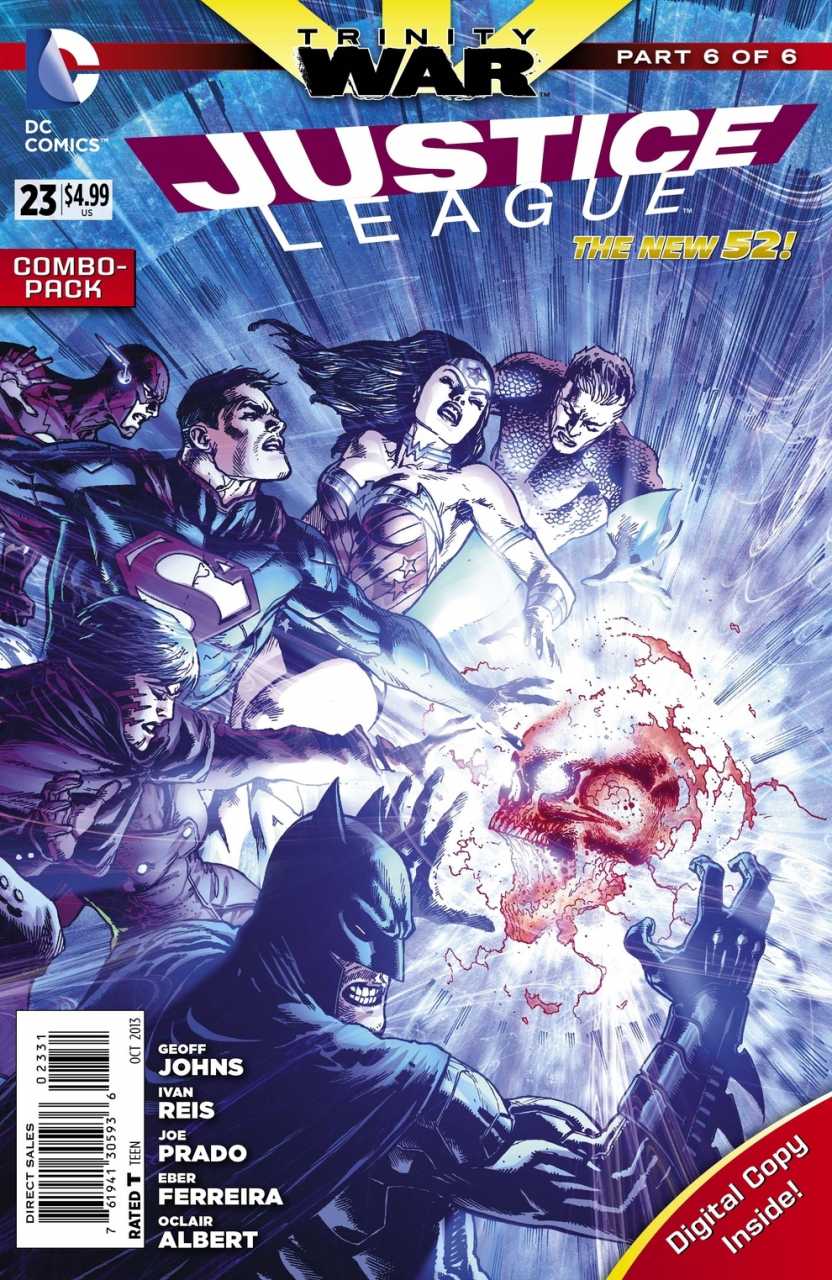 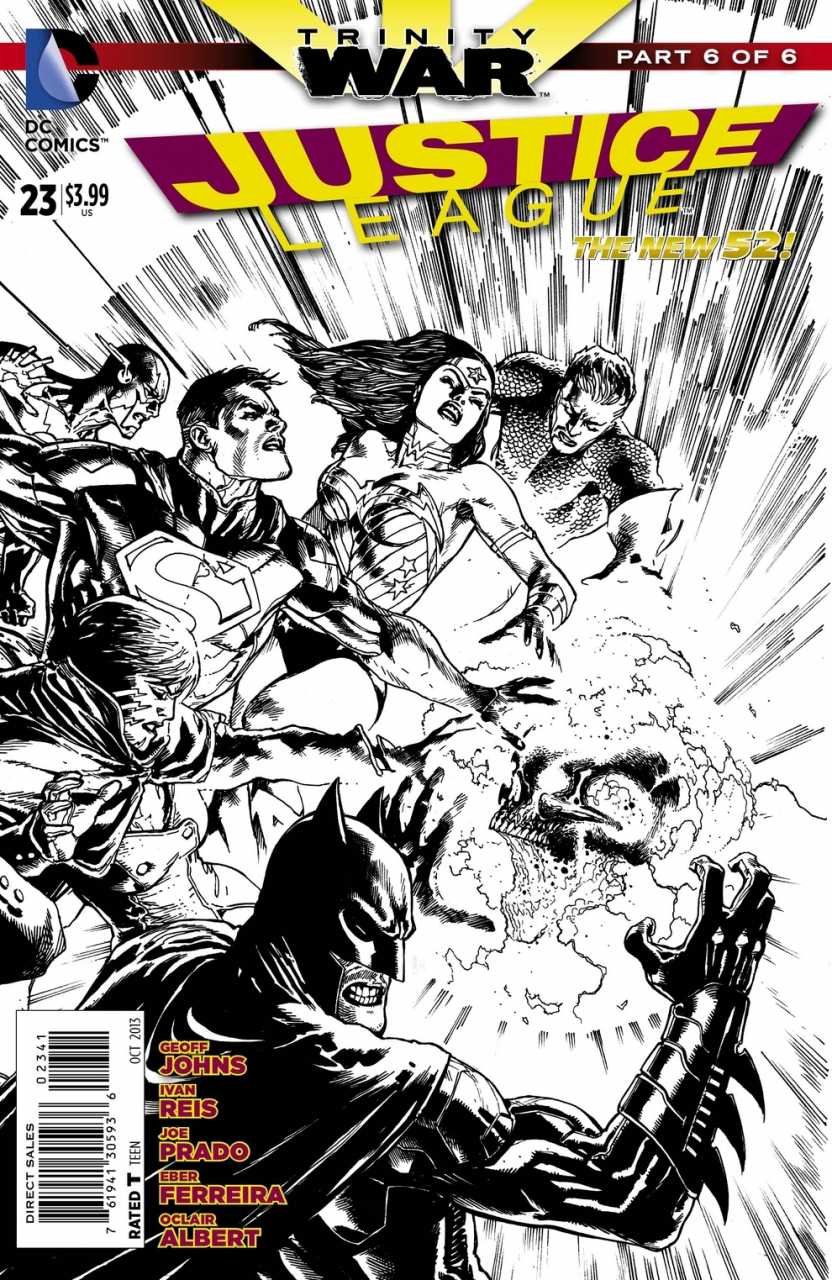