Gary Frank does a GREAT JOB on this cover, drawing us in with the anticipation of a battle extraordinaire. I can almost feel Black Atoms headlock! I would buy this just based on the cover, no back story needed, unfortunately, that's about all I liked from this book.

What can I say, I am not totally a Gary Frank fan. I am a big "art" guy, and I tend to go through a book quickly at first, just looking at the art, not reading the story, to see if

1. The art does a good job telling the story without the narrative (eh, I guess so)

2. Does the art....move me, inspire me, did it create something new that I haven't seen before or haven't seen in a long time. (no,no,no,no)

For an "epic" conclusion to almost 2 years of story in the making, I would have thought Gary Frank would have gone for the knockout in this book, but it seems he may have pulled his punches.

Story line: 3/5 This story is all about the "switcharoo"

Black Atom holds Billy's friends ransom to get Billy's powers. Billy instead gives powers to his friends who each take a piece of the S.H.A.Z.A.M. (Strength of Hercules..etc) Billy's newly powered friends wrangle up the civilians as well as the 7 deadly sins while Billy tends to Black Atom. There are a couple good "scuffles" between them when Billy realizes he can't beat Atom as Shazam. That is when tricky little Billy pulls of the ol' "switcharoo"! Atom stated earlier to Billy that he has been Black Atom for centuries and that Billy is only a mere child! Billy decides to revert back to his child form, call Atom a Big Bully, and challenge him to a real fight as a "real man"! Well, dumb ol' Atom falls for the switcharoo, changes back to his man self, and proceeds to crumble to dust because his man self is old as dirt, before he can even utter Shazam once more to turn himself back into Black Atom. The friends loose their powers back to billy, and Christmas is saved everyone! Yeahhhhhhhh!

Overall: 2/5 I feel this WHOLE thing has been a "switcharoo". I know this is an "epic" conclusion but the title of the book is still Justice League. I got no justice League. Switcharoo. I was promised epic battle royale based on the cover! Nope! Switcharoo. The final battle WAS a switcharoo by Billy, and felt more like Bugs Bunny taking advantage of poor old Elmer Fudd than a serious conclusion to a story I have been religiously following for 2 years. I am just, disappointed, that's all. I will still recommend this book but it just fell from what I was expecting. Maybe my expectations were too high. I don't want to totally hate on Geoff Johns because I really love his writing, well, except for this anyway.

Since it started almost two years ago this has been an amazing series, and although it's had it's ups, and downs, it's overall been a very fun book. The Shazam! back-ups have also been a key part of this series for well over a year now, and I'm sad to see it end, but excited at the same time.PlotAs Black Adam threatens to kill his friends Billy Batson has to make a huge choice in whether giving up his powers to save his friends, or stopping Black Adam.ReviewThis was a great issue, and although i... 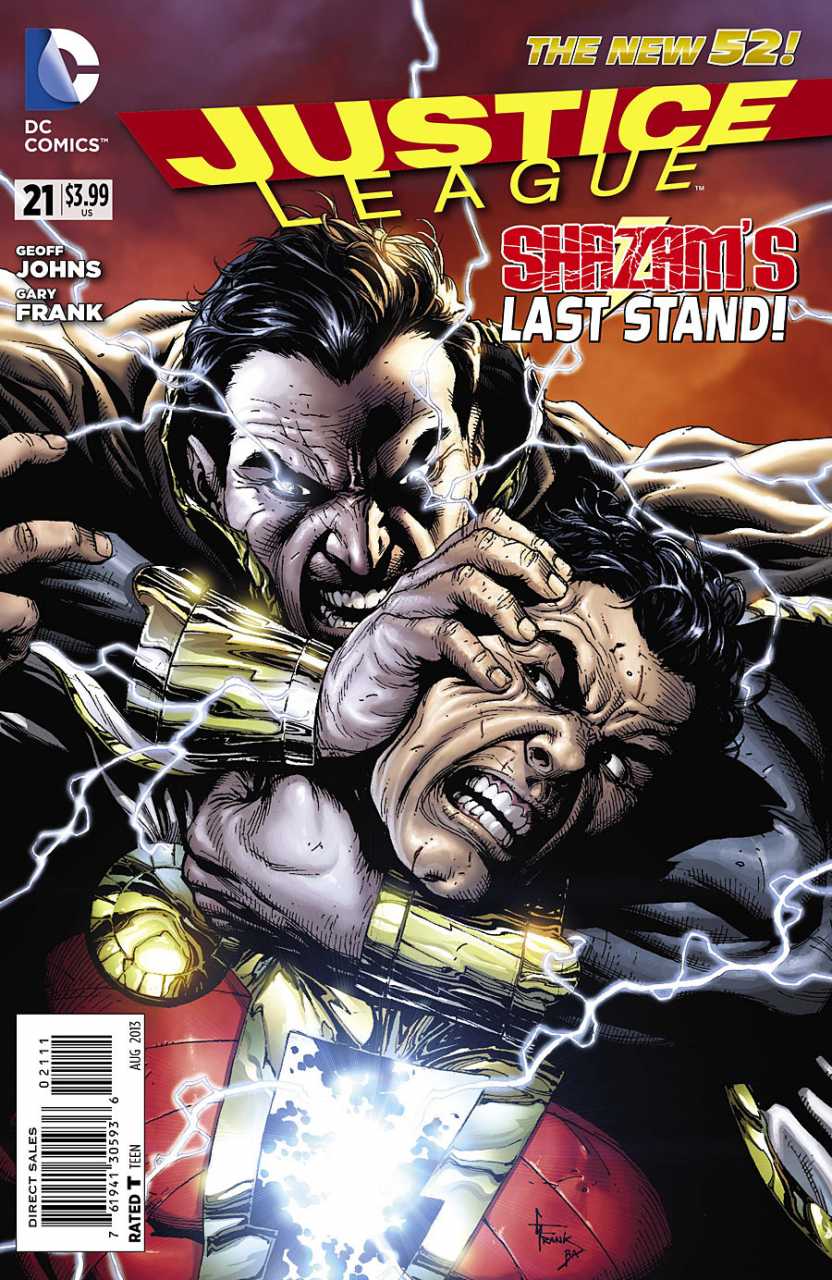 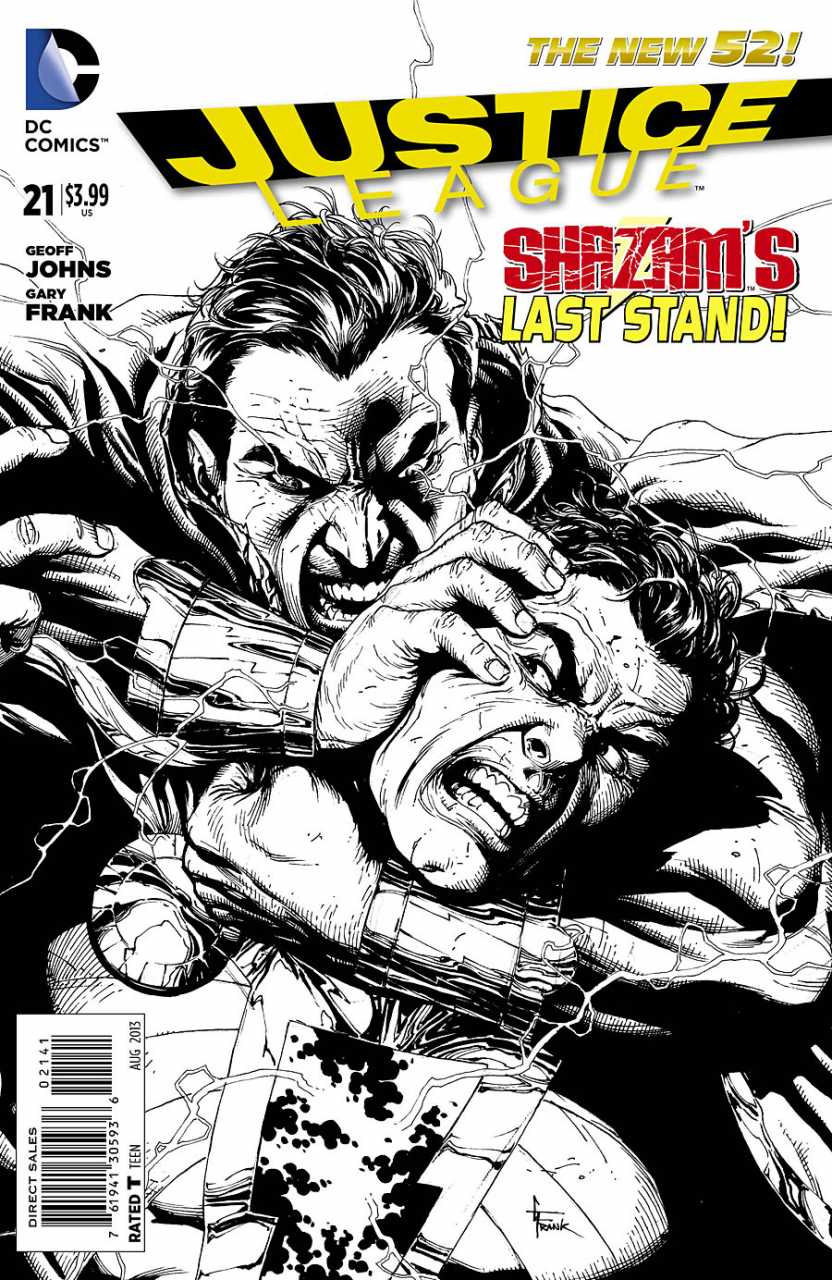 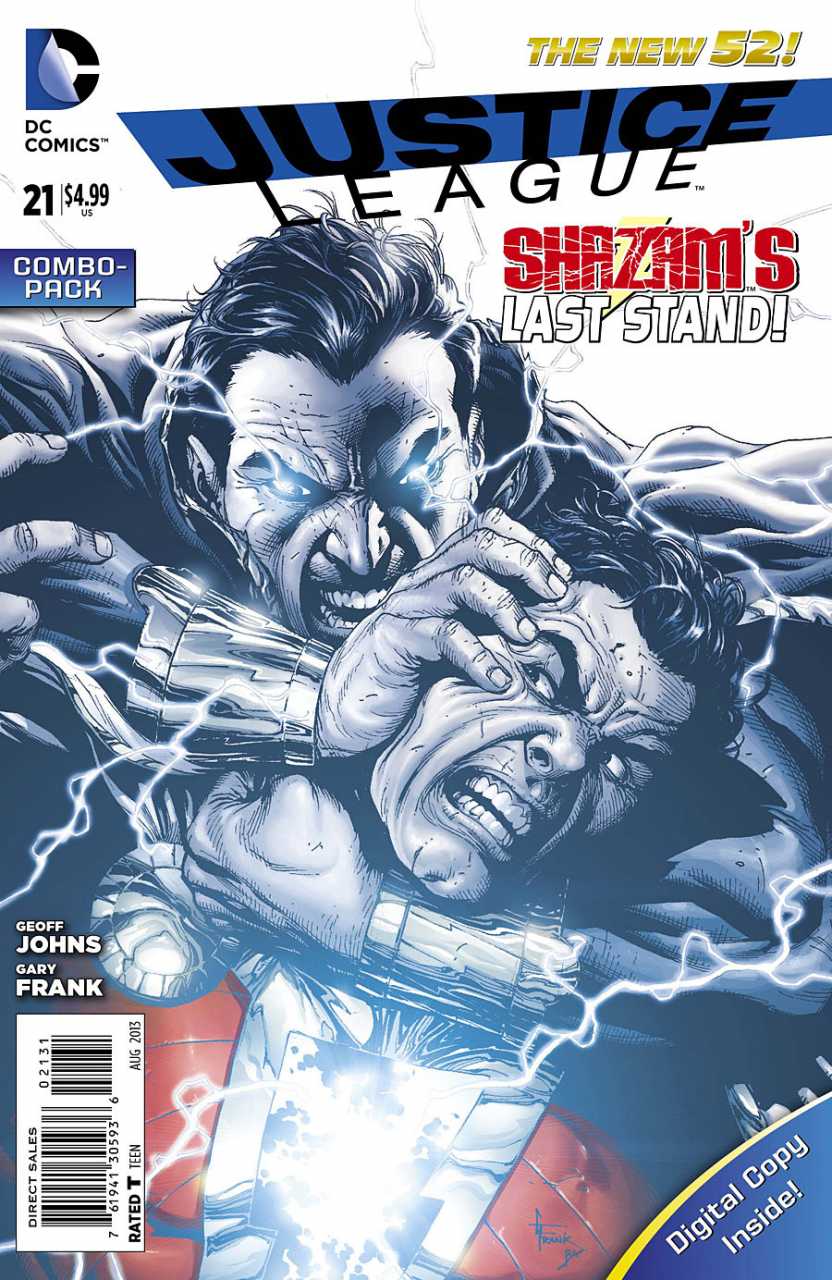 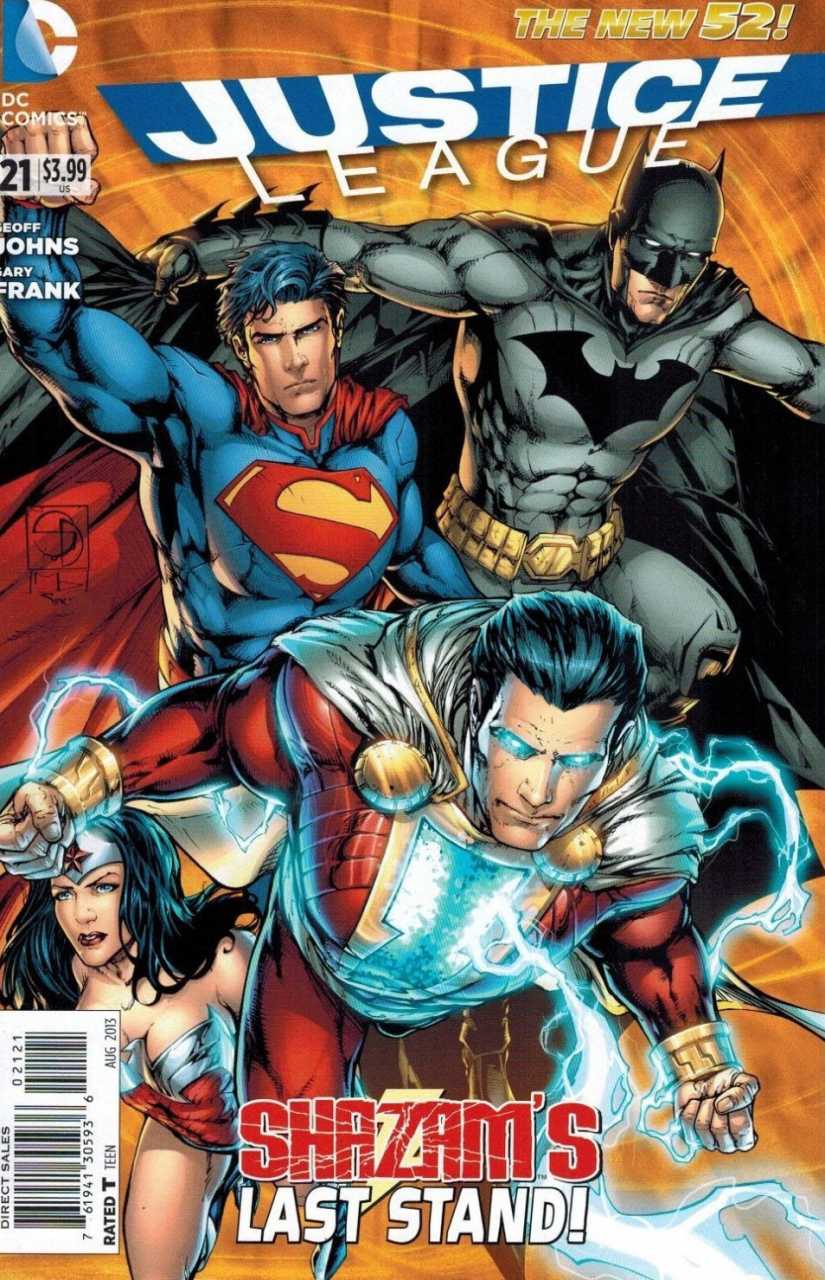