It is Time for War

Aquaman has to fight between both sides, and the rest of the Atlantean army coming to play, leaving little hope for the surface dwellers.

In the backup story featuring Shazam! (Billy Batson), Shazam!, and Black Adam finally meat each other in an epic fight.

This crossover has been truly brilliant, and although the first two parts weren't perfect the storyline is finally becoming strong. I've loved most of Geoff Johns work over the last few years, and although this series has had a few rough patches, it has been one of my favourites. The way he integrates all these characters is just brilliant, and he knows exactly when to add some development to the team. After the gripping conclusion to last issue I was really looking forward to this issue, and where Aquaman's allegiances lie. What I've especially loved about this storylines is how Johns has been able to connect the two series together, and how he's taken every character into consideration, even though it mainly centers around Aquaman.

Although I'm still slightly upset that Ivan Reis won't be drawing Aquaman anymore I'm very happy that he's moved onto this series, and overall I think he's more suited here. Although Aquaman is a brilliant comic with all the additional characters floating about in this series it needs a brilliant artist, especially now that Jim Lee won't be on it anymore as he will be working on a new Superman series with Scott Snyder. This was also the best storyline to do the switch, as due to Aquaman being the main character it makes the transition from both series a lot smoother. Anyway Reis once again blows my mind with his artwork, and everything looks amazing, and I truly think that Reis can jump on any series and make it look beautiful. The fight sequences in this issue were epic, and Reis really produced the goods, making them look even better than they were. The detail in his artwork is also outstanding, and it doesn't matter if it's a vast picture with many characters, a fight sequence, or an emotional sequence, the detail's always perfect.

As I said earlier the conclusion to last issue really set the tone for this issue, but it was the fight sequences that really made this issue as good as it was. To be honest most of the issue is a gigantic fight, and although that's not always a brilliant thing this time it was. Although epic giant fight sequences don't really tend to push a story forward much, and usually are added to give some excitement, and add to the page count. Johns however was able to progress the story through the fight sequence as the dialogue was brilliantly written. Besides the dialogue the art in the fight sequences really shone through, and between both the art, and the writing it lead for a very exciting, and dramatic sequence.

The thing that really showed in this issue was the Ocean Master's characteristics. Although Aquaman fans will know that Ocean Master is a villain it is this story that shows this for the first time since the New 52. This issue shows that Ocean Master isn't willing to listen to anything that Aquaman has to say, and it looks like he's using this as the perfect opportunity of attacking the surface more than actually wanting to protect Atlantis.

The most interesting part about this issue was how the Justice League and Aquaman got along together. As I've already said the ending of the last issue was very interesting, and it was mainly due to finding out where Aquaman's allegiances lie, so seeing him fighting the League (all be it half-heartedly) was interesting, and what was more interesting was how little the League understood Aquaman. You'd have thought that the League would have supported Aquaman, and although at the end of the day they need to think of the rest of the world first they should have left Aquaman to try and sort things out for a bit longer. This however really eat into Ocean Master's hands, and Aquaman decided what side he was on, although I won't spoil that.

Another thing I loved during this issue was when Superman got really angry. Although Superman has been angry in the past I can't recall ever seeing him as mad as he is during this issue. The art from Ivan Reis, as well as the colouring from Rod Reis is in my opinion what really helped to show this as it was simply amazing, and showed that they can even make this very angry expression look beautiful.

The Shazam! back-up story continues to get better and better, with this being the best part yet. I've really been looking forward to the fight between Shazam! and Black Adam finally happening. Gary Frank continues to do an amazing job on the artwork, and it really bring the right tone to the story, as it's full of brilliant details, and great emotions. What I liked most about this part of the story was that for the first time since becoming Shazam! Billy realizes that he's not quite as invincible as he thought he was. What I liked better though was that Billy wasn't just going to sit back and take it, and that he stuck to character by standing up to the bully. The issue once more has a terrific ending which makes me want to see the next part of the story.

A brilliant issue, and the best part in the Throne of Atlantis storyline yet. I would highly recommend this issue to anyone, as well as the story so far, as it's been a very good story.

Justice League vs. Itself ROUND 3 0

Ivan Reis really is the bet artist for this story, fresh off his Aquaman run right into an Aquaman/Justice League crossover. Orm is truly deserving of the name Ocean Master, as the entire seas are his to command, on a level that even towers over that Mera. Ivan Reis illustrates the crashing waves, spinning maelstroms, and thunderous storms with such intensity; it really sets the desperate tone perfectly.Aquaman and Orm are pretty much the only characters I'm really enjoying in this story. Orm is...

***SPOILER FREE REVIEW***Sometimes you read a comic and say, "Damn, that was epic." This issue of Justice League is exactly that!Some criticize Geoff Johns for writing shallow, action-oriented writing. It'd characterize the first arc of Justice League as being that: fun and action heavy, but ultimately shallow. However, Throne of Atlantis has been a complete 180 for this comic, being both incredibly action packed, yet a more thrilling and deeper read. I really enjoyed everything here: the action... 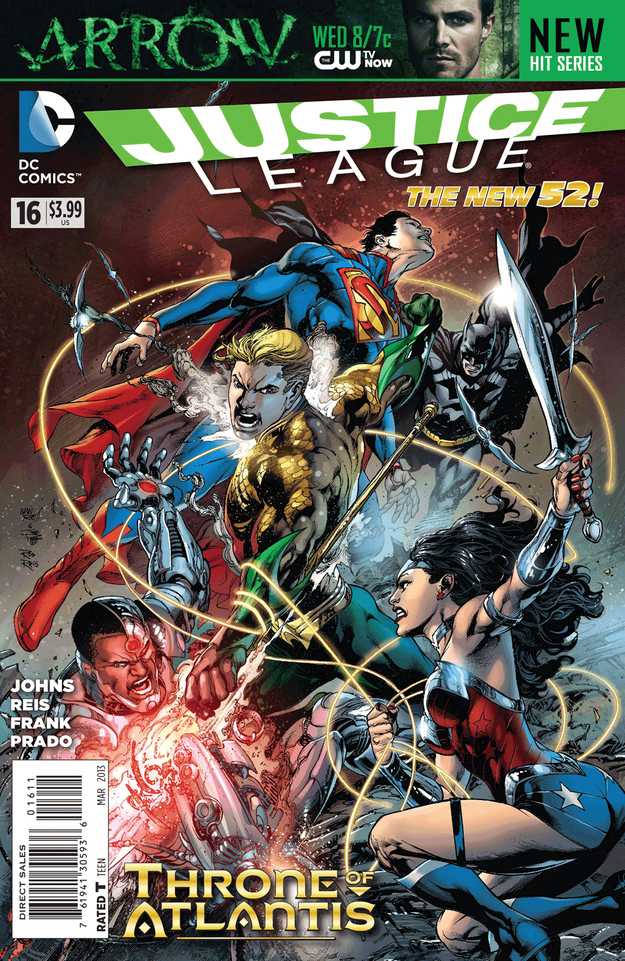 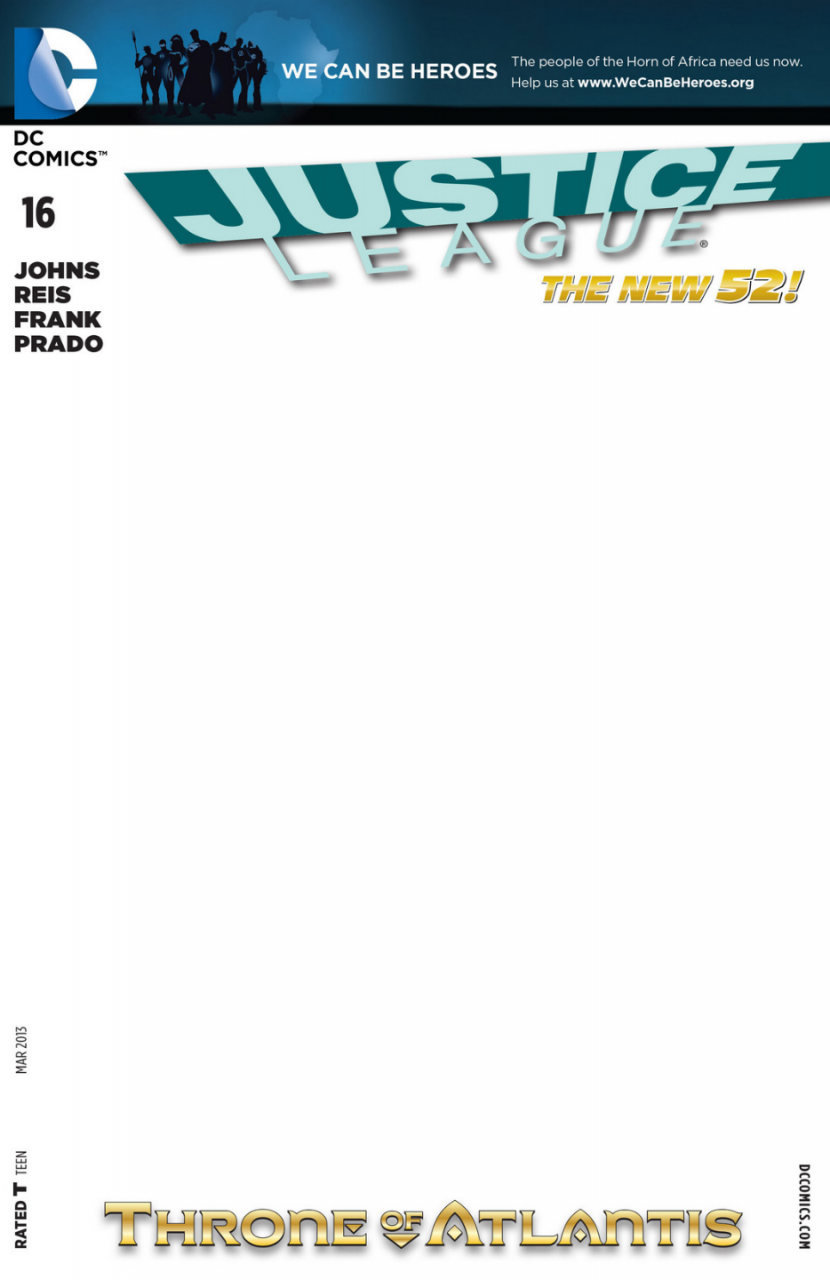 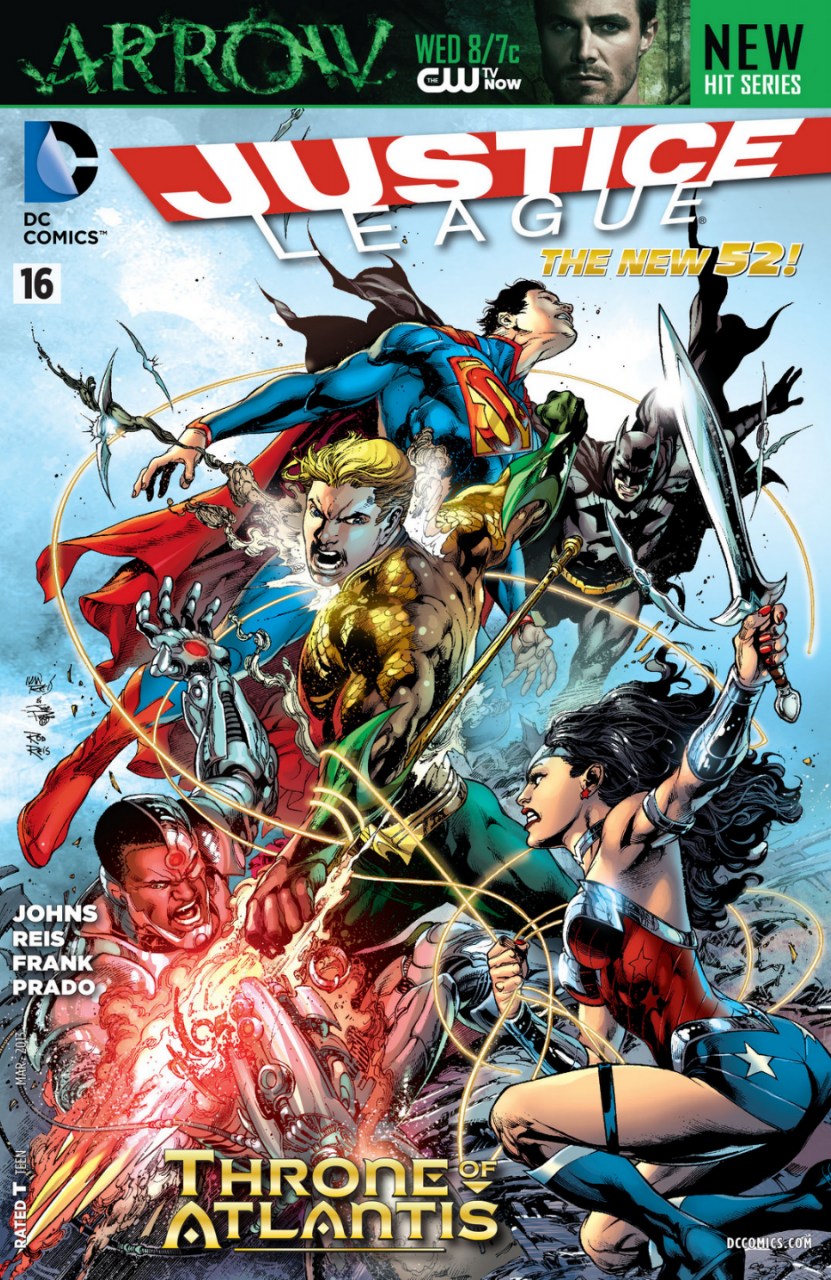 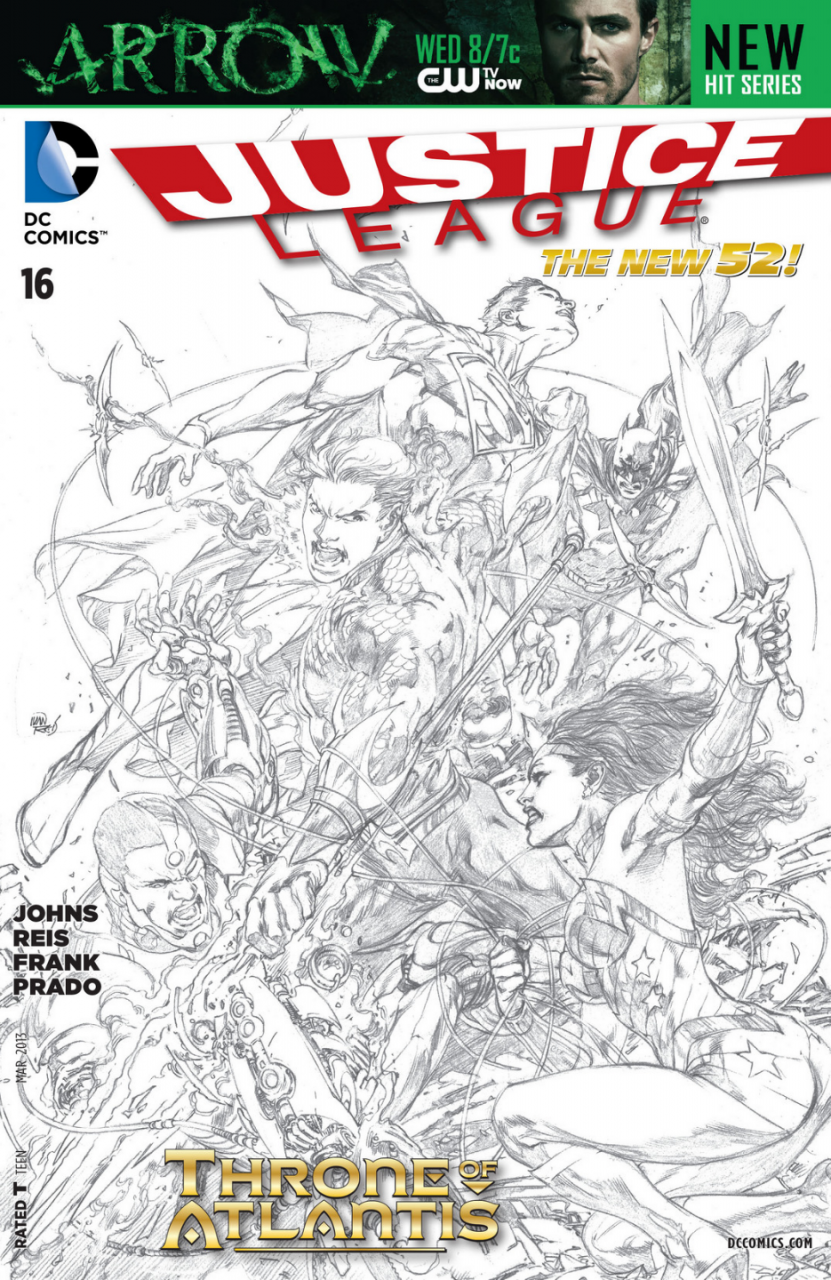 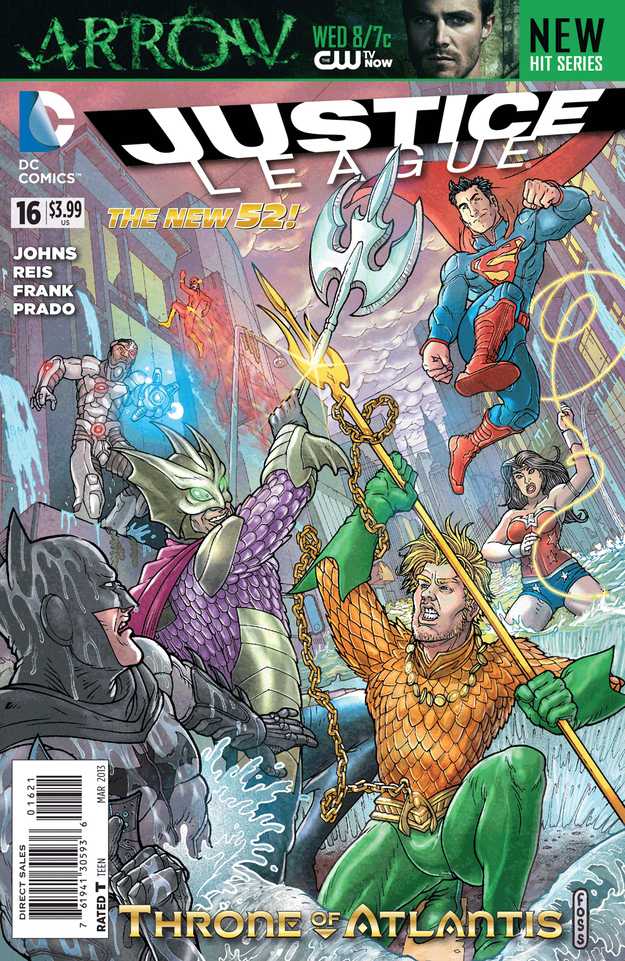