I have enjoyed this series so far and although it has had it's ups and downs it has overall been a good series. I have loved what Geoff Johns has been doing with the series and although I was slightly disappointed with how he used Darkseid in the opening story he has done a brilliant job since adding some surprises along the way. The other thing I have loved about this series for a good few issues is the Shazam! backup story which was nice to see back after not making an appearance last issue.

This issue sees the Justice League trying to cure Superman from Cheetah's attack (which turned him into a Cheetah like creature). Meanwhile Wonder Woman along with the Flash and Aquaman try to capture Cheetah.

In the backup story featuring Shazam! sees Black Adam with Dr. Sivana aiding him tries to understand this world and starts by dealing with a rich man who's taken pensions away from his workers. Meanwhile Billy Batson along with his friend Freddy Freeman decide what to do with the money that's left from Billy saving a woman.

This was a good issue, but I felt that it was a bit of a disappointing ending, which was nothing like I expected. This issue was kind of rushed and Johns used the space to continue on the Superman, Wonder Woman relationship, whereas it would have probably been better leaving that for a later issue. He did however add a few added questions and bonuses to the issue which left the door open for future stories but as I said I'd rather it was focused on finishing what was the start of a good story. His work on the Shazam! backup story was a lot better in this issue, and probably the best thing about the issue, although I'll talk about that more further on.

Tony Daniel's art in this issue was amazing and I'm happy to see him back at what he does best. His art over the course of the last two issues have been fantastic and although some of the panels haven't been as good as some of his previous work it's still very well done. I like how he adds elements from the style he used on Batman during Detective Comics and prior work whilst adding both something new and something that fitted with the style Jim Lee had already established for the series. Seeing Daniel's art on these two issues have made me remember why I'd buy a comic cause his name was on it and I'm looking forward to seeing him work on Action Comics next year. I am also looking forward to seeing Ivan Reis join this series next issue and look forward to seeing his skills utilised on this series, although I will be sad to see him leave Aquaman and hope the series doesn't go down hill after that. Gary Frank's art on the back up story is brilliant and I love how he draws all the characters, whether Billy, Freddy, Black Adam or Dr. Sivana, and love how his unique style along with Brad Anderson's colours make this a brilliant back story.

The fight between the Justice League and Cheetah in this issue was very short and it felt like no effort was put into it at all. I was expecting a huge blown out fight that would be epic whereas we got a fight that wasn't really a fight and fizzled out not long into it. It is teased that Cheetah might not be gone and I hope if she features in this series again that we will get the fight we deserved to see this time.

After the fight with Cheetah we see Wonder Woman questioning her judgement and Superman trying to console her. Superman eventually takes her to a cafe in Smallville, which any Superman fan will know is where Superman grew up. This was a fun scene and although I still would have preferred a better fight between the Justice League and Cheetah I've also wanted to see where the Superman/Wonder Woman kiss from issue 12 would lead. The reaction from both the people who owned the cafe and the customers themselves was brilliant and it was nice to see that even in a small quiet town like Smallville the presence of Superman and Wonder Woman can bring a crowd. I look forward to seeing where this leads and was only disappointed that it took away from the story last issue set up.

The issue ends with a page showing Batman casually looking on at Superman and Wonder Woman's trip to Smallville. This leaves the question of what Batman thinks about the possibility of Superman and Wonder Woman the most powerful man and woman in the world getting together as a couple. This page also made me think of the events from JLA: Tower of Babel where Batman had collected information which allowed him to construct contingency plans in case any Just League member went rogue so he could take them down. These plans landed up getting into the hands of a group of villains and the Justice League where in a bad situation thanks to Batman. Although I haven't read the story itself I have read the summary due to watching Justice League: Doom which had an similar/adapted plot. This probably won't land up being anything like Tower of Babel but it does appear that Batman doesn't fully trust the Justice League and that he's going to keep a close eye on them without them knowing. It will be interesting to findd out if this leads anywhere and what Batman will think of Superman and Wonder Woman's relationship.

The back story in this issue was brilliant and one of the best things to have come to the series. I've never been a huge fan of Shazam! prior to this not knowing much more than he says Shazam! to become Captain Marvel, he uses magic and his enemy is Black Adam. Since this story started featuring as the back story I have learned a lot more about the character and get more and more interested to find out the development of this story. I like how this issue more focused on Black Adam as since he was introduced a few months back now it's mainly been about the development of Billy becoming Shazam I liked how despite the fact Adam has been imprisoned for thousands of years he still sees the world as something that needs destroyed and rebuilt and that he will be the one to do it. Although he only featured for a few pages it was nice that Shazam was still acknowledged and look forward and hope to see him next issue. This back story has also made me want to see a Shazam! series come out and although I've long wanted Cyborg to get his own series due to him being the only Justice League member without I'd much prefer a Shazam! one with Johns and Frank working on it as we know what we'd get.

This was a good issue but a slightly disappointing and funny way to end what looked to be a brilliant two part story. The backup story featuring Shazam! is probably the best thing about this issue and although the story's slow progressing it's still very good. I would recommend this issue for the Shazam! backup but if you're not bothered about that and missed last issue I'd recommend waiting till Throne of Atlantis starts next issue (Prelude to Throne of Atlantis in Aquaman #14 next week).

Other reviews for Justice League #14 - The Secret of the Cheetah, Chapter Two; Shazam!, Chapter Seven

Justice League #14 - The Secret of the Cheetah, Chapter Two; Shazam!, Chapter Seven by razzatazz on November 25, 2012

This issue closes out a pretty short two part story arc as Diana and the Justice League follow the Cheetah to Africa.  This issue actually has two main points of interest for me.  First of all it is the first story arc to involve the Cheetah in the new 52.  Secondly it involves the Wonder Woman-Superman romance, something which I am very much opposed to, but as it involves my favourite character I still should stay somewhat current on.  Conveniently the issue here is broken down pretty much into...

The GoodIn the first few pages I was like eh...but then I continued reading and I was like O.O YES! This book was amazing this month from the fight with Cheetah to the explanation of her origin. It was perfect and the scene between Superman and Wonder Woman is another perfect reason why I pick up this book. The art was very good this month yes there is something that bothers me about the cover and its as if Cyborg is missing a pupil but thats a little to critical I know this.The BadNothing reall... 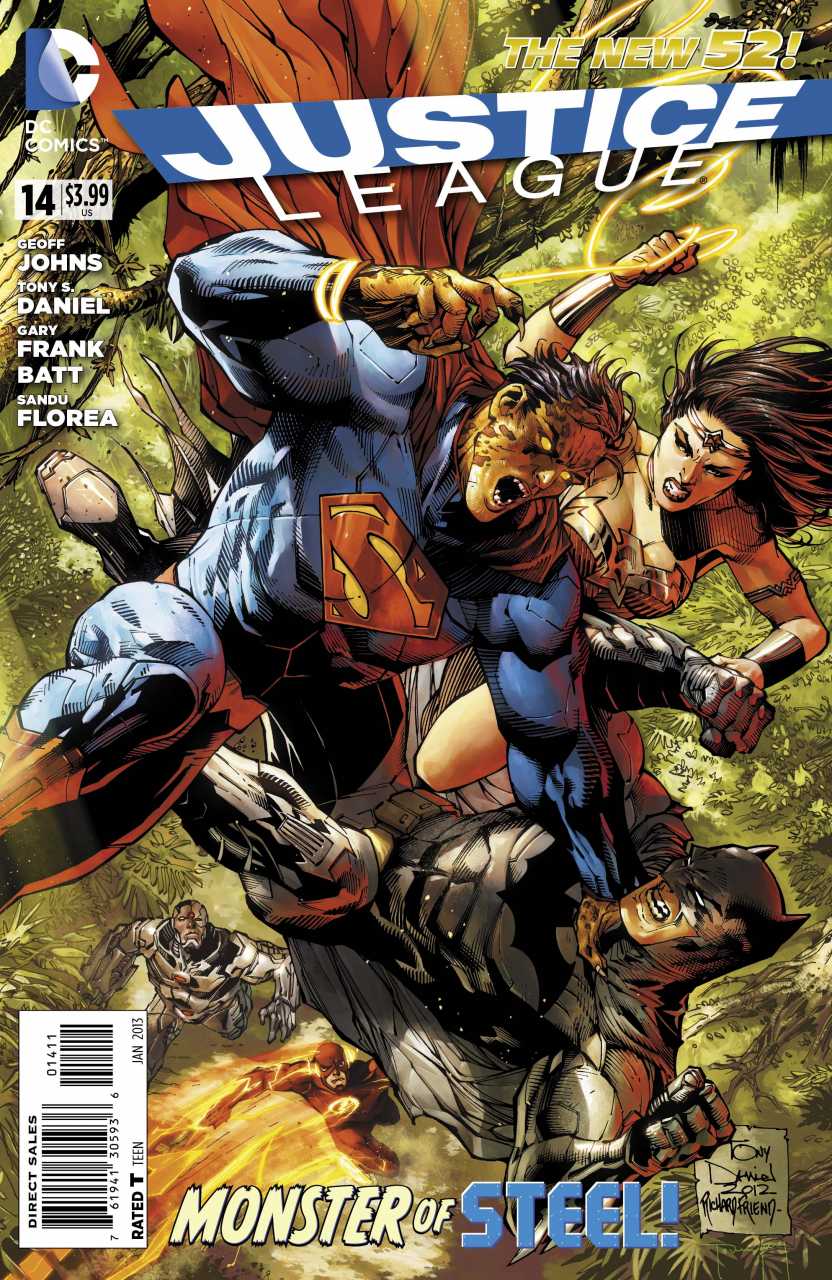 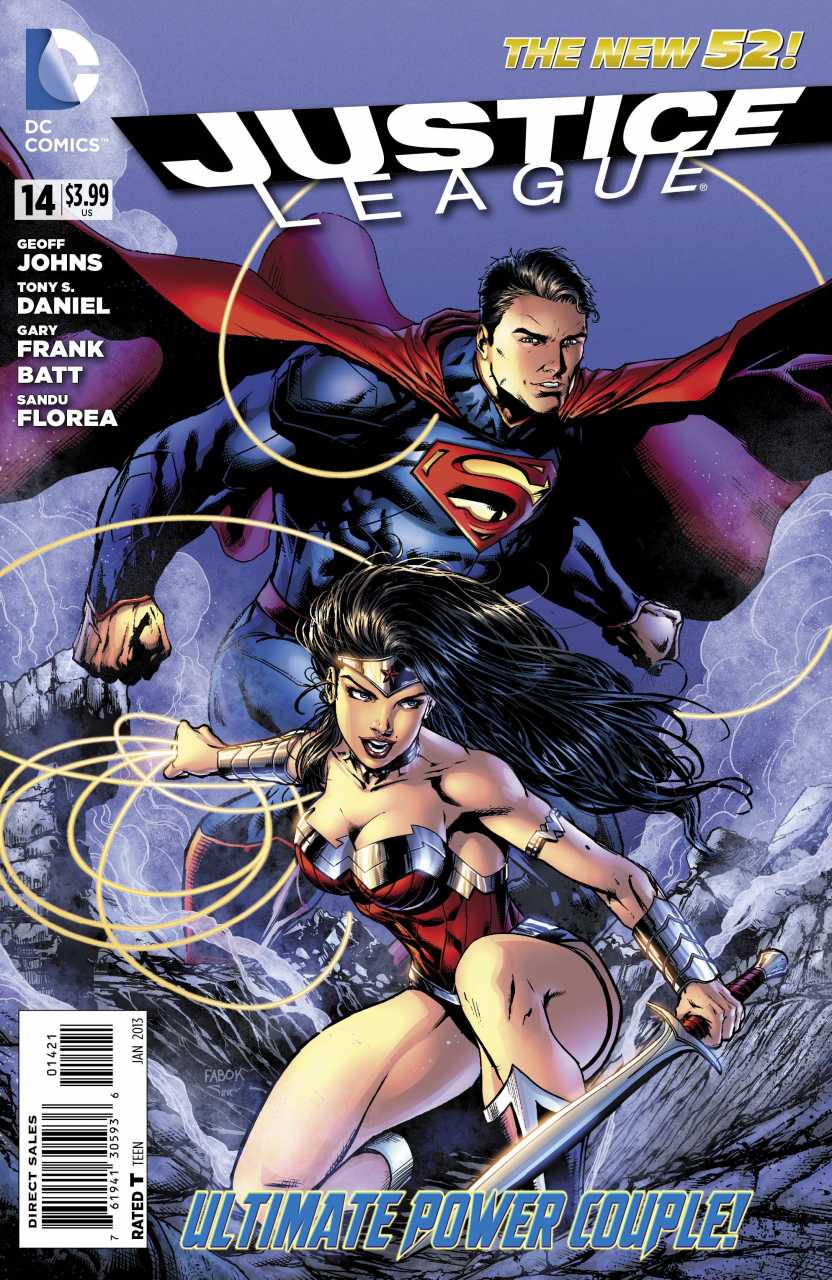 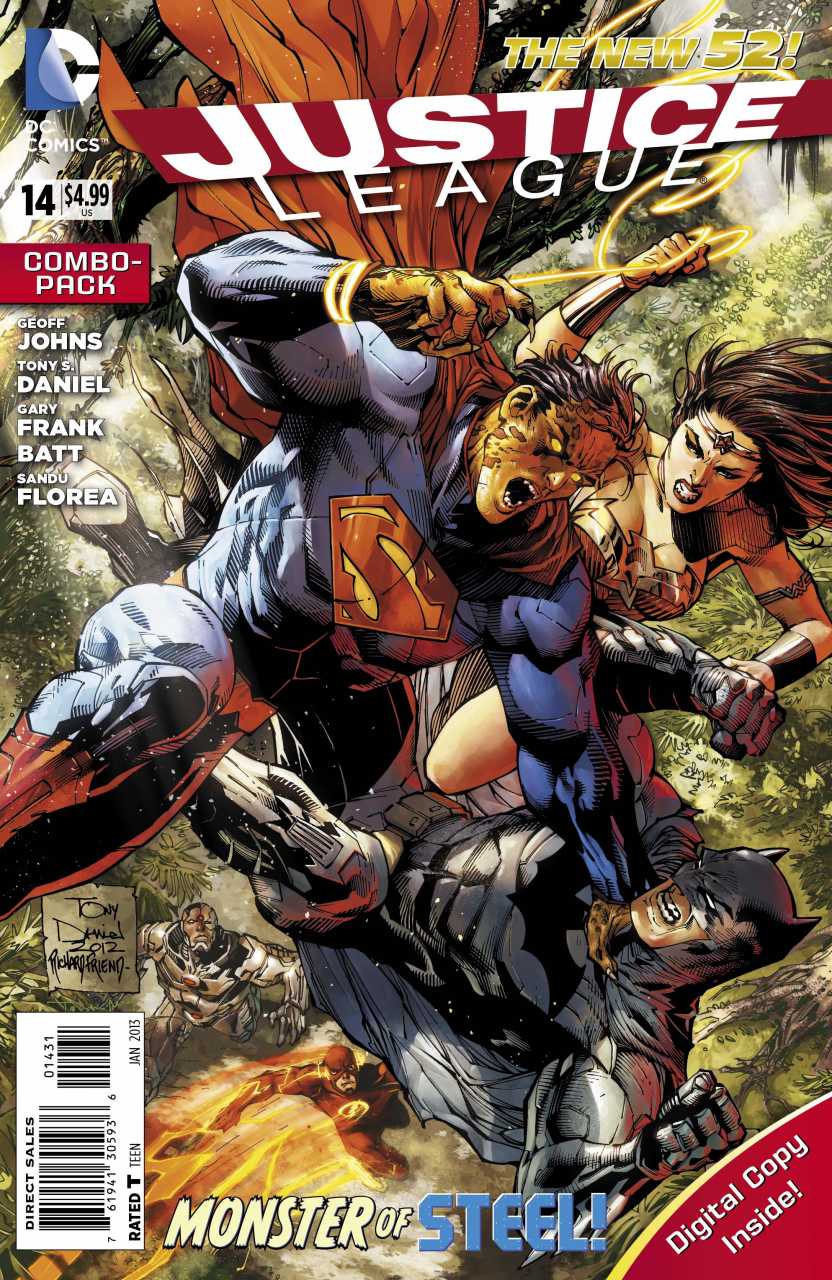 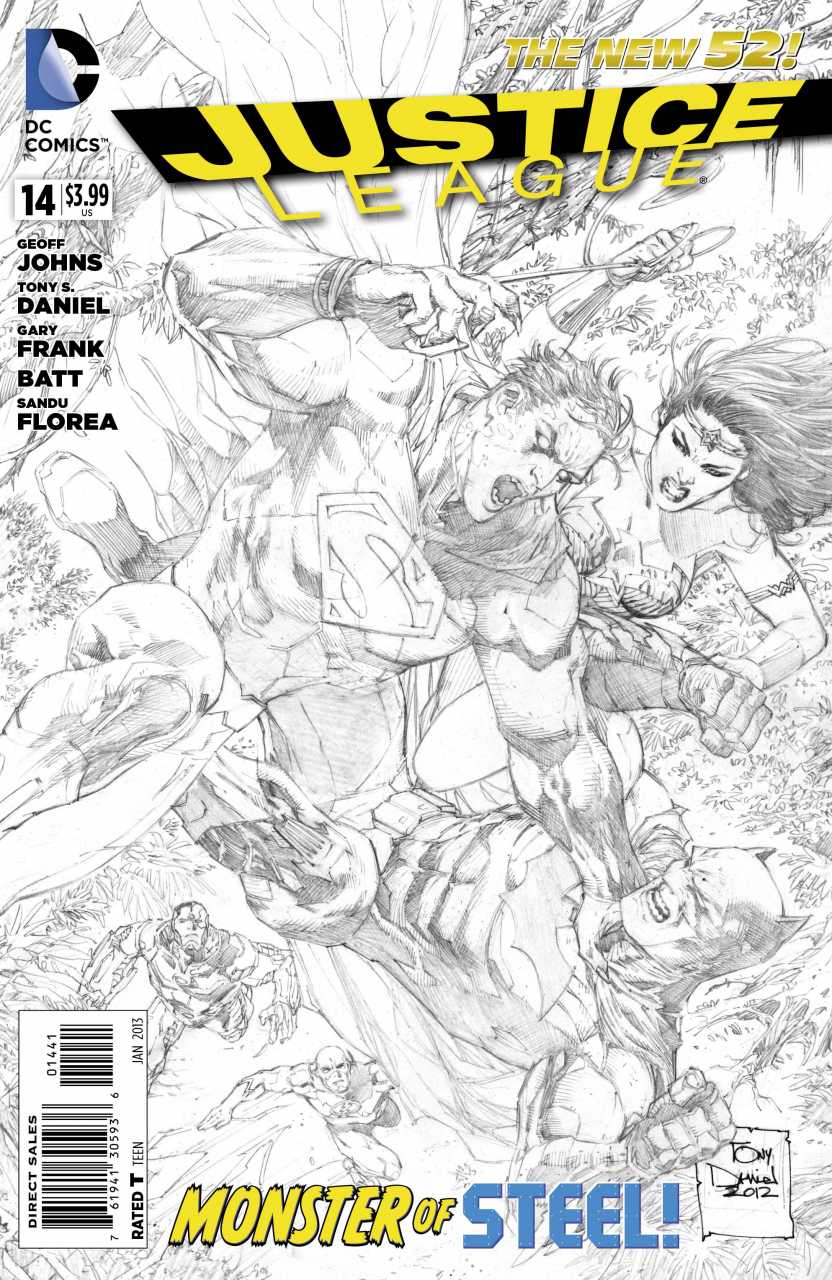