I like this series a lot.  The writing goes a long way and they seem to give Hex a lot of leeway and bring this gritty western character to life.  Ok, enough of the Hex praise.  The art is different in this issue, new artist is seems.  The only knock I have with the art in this one is the (what I think) extreme exaggeration of Hex's disfigurement.  Other than that, I liked the darkness to it in some scenes and the shadows (not sure why they struck a chord with me).
Once again Hex is in the middle of something he didn't want to be in the middle of and is forced to fight his way out.
This continues to be a great western series and the stories are fresh each time.
This issue does a decent job of telling us about the "villains".  It's hard in a series like this where one issue is almost always a complete story.  It's hard to fill in the details about the anti-hero.  Here we get an idea of who this group of men are that are coming up against our hero.  There is a lot going on here between people, not just Hex.
Another good Hex story and holding true to a good western character and story.

Ok, dear readers I haven't been reviewing many titles of late.  Work and life kind of took over for the past several weeks or so.  Well here we are with Jonah Hex #60  Yep that is 6. 0.  Who would have thought.  I am still relatively new to this run only being on board, minus trades I have read, since issue 50.  However,  I have to say that every month this is a book that I look forward to!  No, it isn't a superhero book but it is exciting every issue and the one and done formate is perfect.  Ji... 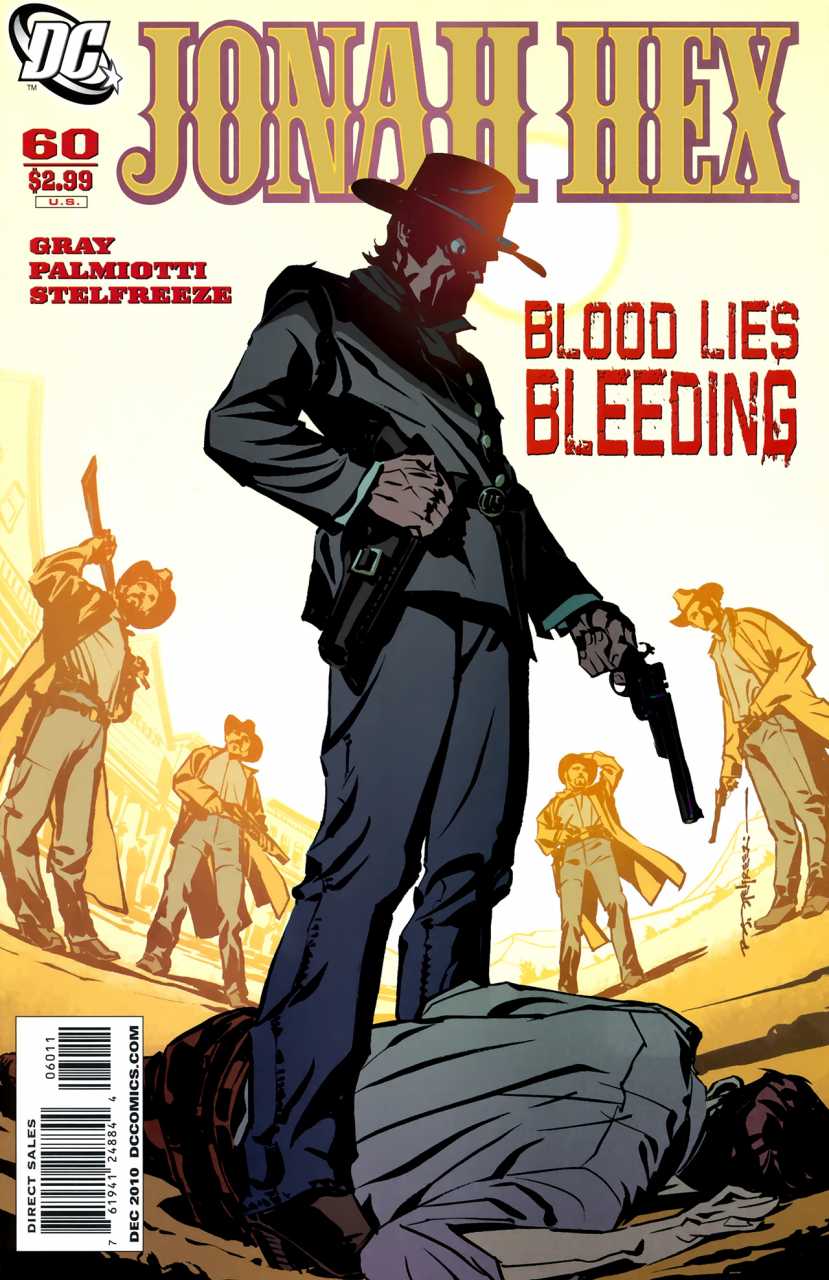