This series of Iron Man has been very up and down so far, as it started of with a good issue, followed by a terrible second issue, and now with a good third issue. Was the second issue a blip or is this an inconsistency we'll see more often, I hope the former, as I'm a big Iron Man fan and the previous run (The Invincible Iron Man) by Matt Fraction and Salvador Larroca was brilliant.

This issue sees Iron Man once more in search of another person using the Extremist. This time he's heading to Colombia where a wealthy drug dealer has a version of the Extremist, and has Living Laser, Vibro, and Firebrand protecting it.

This was probably the best issue in this series so far and I hope that the series will keep at this quality, if not better. Kieron Gillen has done a much better job on this issue, and he's showing that he is still a good writer. I loved his work on Journey Into Mystery, and am looking forward to his upcoming Young Avengers series but I have however been disappointed with this series so far. Although this issue was much better than the last, which was very bad, it still isn't quite to the standards I'd expected. He has however put a lot of thought into this issue, and although some of the ideas didn't pay off, some did. I also liked how he was able to add emotion to this story, and how due to all these stories being mini-stories it's easier to forget a poorer one. I also loved how he attempted to add some fun humour to this issue, and although again some of it didn't work I can appreciate the effort as Tony is meant to be a funny character from time to time.

Greg Land's art is actually starting to grow on me a lot more than it's done in the past. Although there is still problem with some facial features, like smiling and that looking awkward his art has however improved. Another thing I didn't like about this art was how he drew women very similar, so I enjoyed when I saw that he drew two women differently (the drug dealers daughter Juliana, and Fireband), although Fireband and Pepper Potts look similar. I've also liked how he's drew Iron Man's armour over the series so far, and loved seeing a new suit of armour this issue, although I'll talk more about that later. I also like how most of his art is very detailed, and even though some of these details don't quite look right it's nice to see them there.

The new suit in this issue was very interesting and one of my favourites so far. The armour itself looks very sleek, and is very well designed but it's special feature is what I liked the most. This suit of armour has the ability to bending the light around the wearer, essentially turning them invisible. This is a very handy feature and allows Tony to do his business a lot more subtly, sneakily, which isn't usually easy for Tony. I also loved how Land drew this suit of armour, and it was probably the best design I've seen in this series. What I like about it is how it keeps the black colour which this series has shown suits Iron Man, and make it something unique at the same time.

The new suit Iron Man wears in this issue also allows the wearer to take on the identity of anyone it scans taking their likeness and voice. This is also a brilliant feature and I loved how Land drew the change between the armour and the person it was mimicking. The comments he makes during this sequence saying that he's made Black Widow's job redundant was also very interesting, and I can't help but imagine how Black Widow would respond to that.

Nearer the start of this issue there was meant to be a funny sequence between Tony and Pepper were Tony jokes about making the perfect toasted sandwich with cheese. I liked how Gillen attempted to add humour to Tony as it's a big part of his character, but I personally didn't think it paid of this time. There was however one part of this sequence I found slightly funny, and that was when Tony was eating the sandwich of a mechanical arm whilst suiting up.

Finally we get to see some proper Iron Man villains. Okay they may not be the best villains out of Iron Man's rouges gallery, and they are certainly no Mandarin or Crimson Dynamo but they are still better than the excuse of villains we got last issue. Although I've never been a big fan of the Living Laser, and don't know a great deal about the other two you need villains like them in this sort of story, and although it is interesting seeing Iron Man facing huge villains he needs a technical villain to work of of, making the fight more symmetrical. It was also nice that the villains were all in different colours making them stand out, and that none of them were in a similar colour to Iron Man, which may have made the fight a bit confusing to differentiate between the characters. I also liked the fight in general and thought Land drew it perfectly adding ton's of action, and drama to the sequence.

This was a good issue, and much better than the last issue. It is still however not a perfect series, and has a lot of room for improvement, but if it keeps at this kind of standard you can be sure to have a decent series.

***SPOILER FREE REVIEW***Based on online reviews, I'm starting to wonder if I'm the only one enjoying this title, lol.In all seriousness, the 3rd issue of Iron Man is a solid issue. Gillen does a great job writing Tony Stark's dialogue, and I think he has a great understanding of how to write Iron Man. I've enjoyed the idea of Tony Stark needing to be innovative and creating scenario specific suits as seen with the oft-discussed stealth armor. My biggest complaint against this title is that I'm ...

Cover/Solicit - 4/5- Would I pick-up the comic based on the solicit/cover alone? Are the alternate covers appealing? Does the solicit/cover portray what happens in the issue?Art - 5/5- Do I personally like this artist's style? Does the artist stay true to the characters appearance?Colors/Ink/Lettering - 5/5- Does the work blend well with the artist? Is the coloring/inking enjoyable and easy to distinguish what's happening? Can I easily read the lettering?Layout/Flow - 4/5- Does the layout of the... 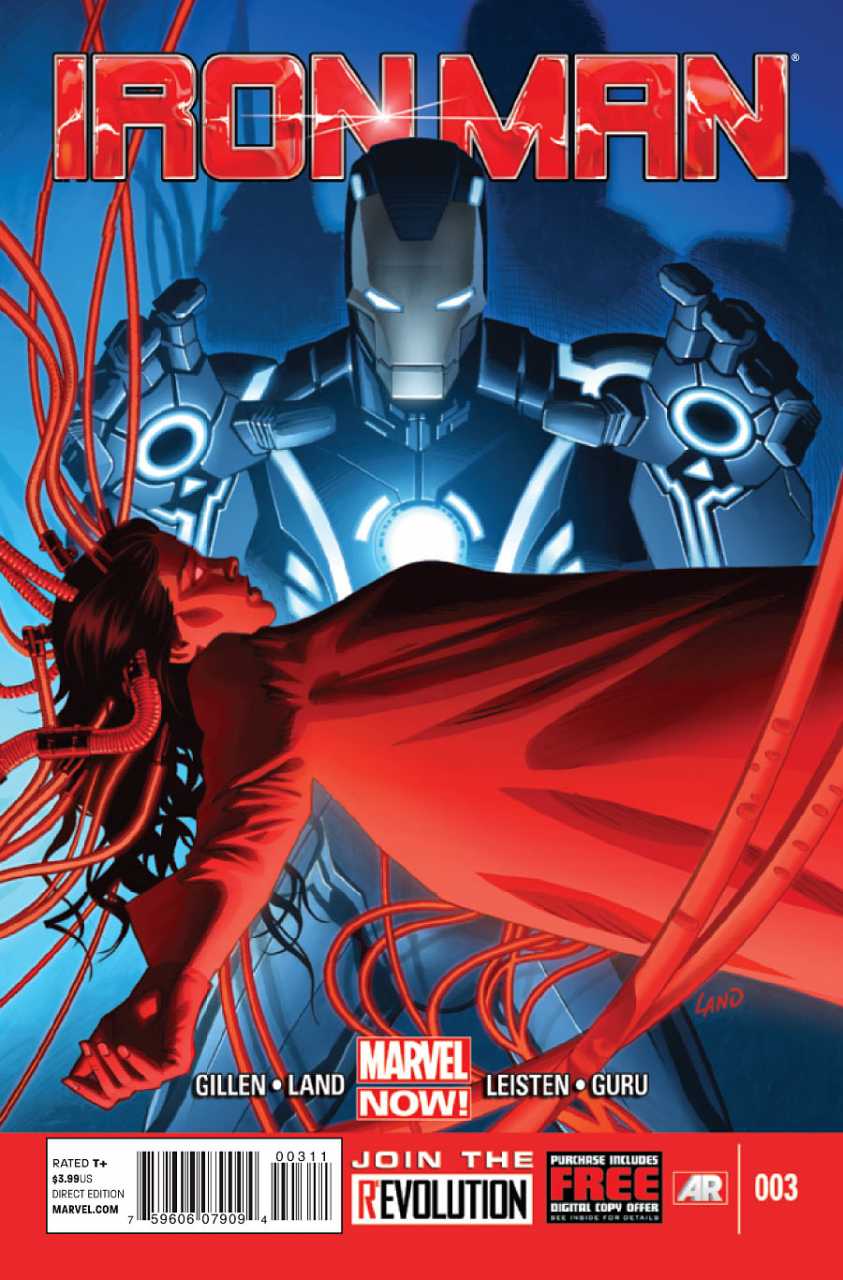 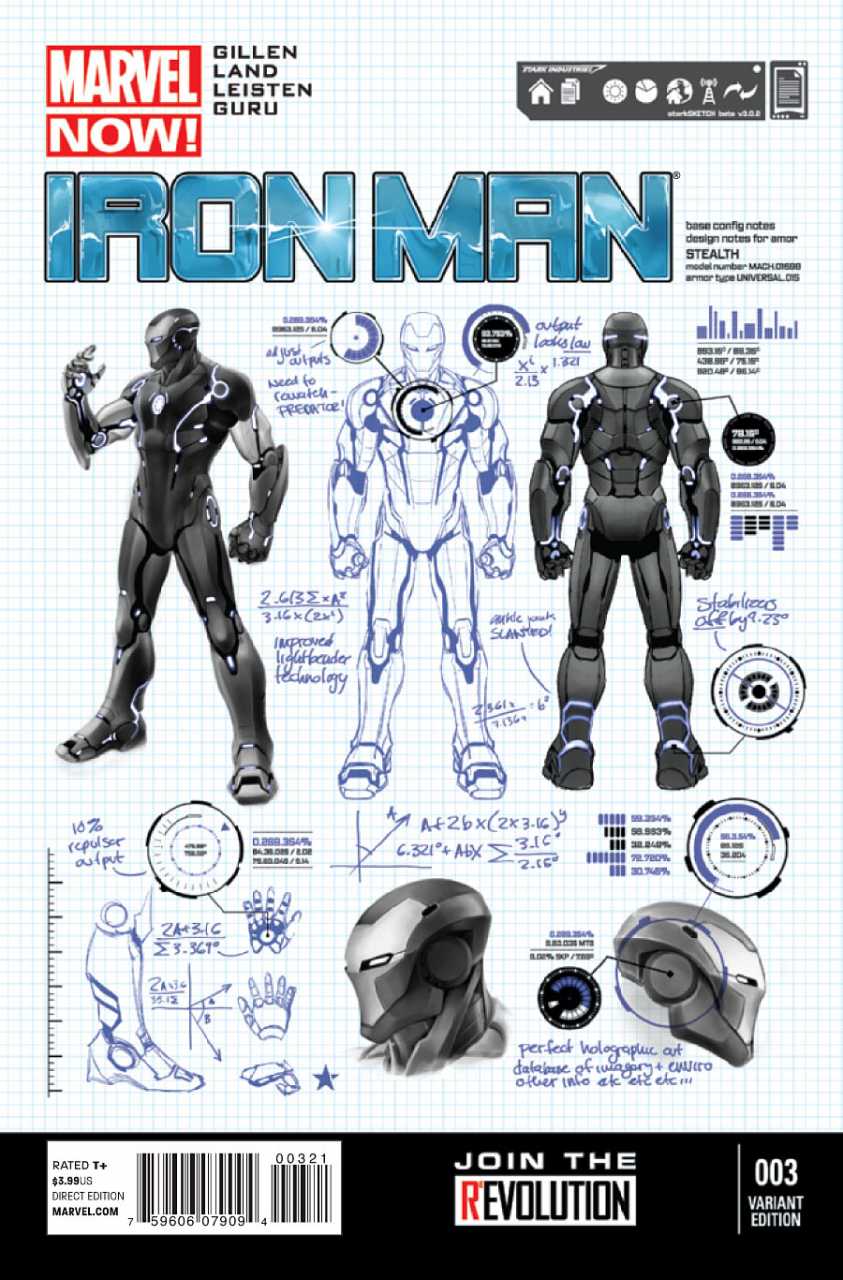 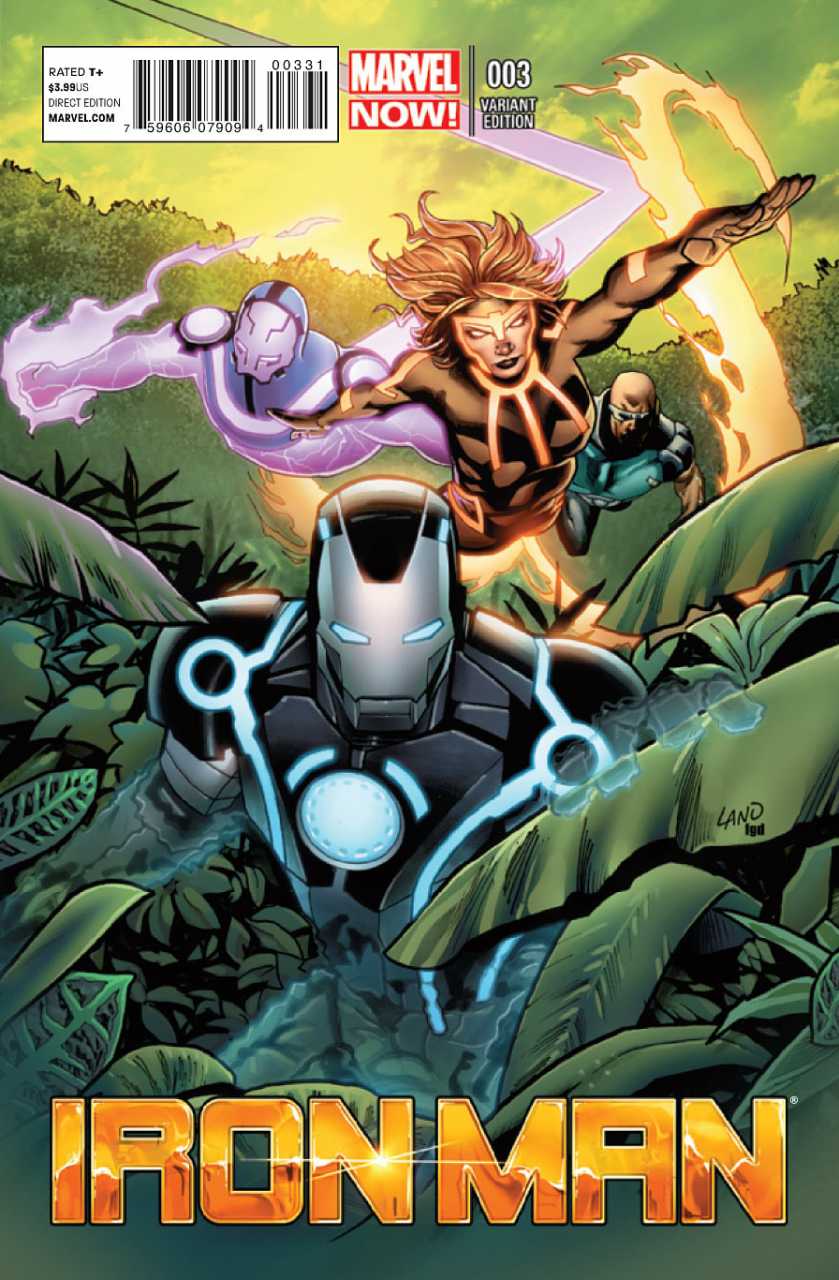