A hero with not enough time

He has money, he has fans, and now, he has a week to live. Iron Man 2 is the sequel to the 2008 movie, Iron Man (duh), but a major portion of this film is setting up for Thor and Captain America in 2011 and Marvel Studios biggest planned movie, The Avengers (2012). Robert Downey Jr, Gwenth Paltrow, Samuel L. Jackson, and Director Jon Favreao return with a group of new main cast members, Don Chelde, Scarlett Johansson, Sam Rockwell, and Mickey Rourke to bring you this action packed comic book movie.

A problem with most comic book sequels is that they try add all the characters and things they missed in the last movie. This often leads to them having one to many villains, not expanding enough on some of the characters, and losing the charm from the original. Turning the drinking problem of Tony Stark into a out of control birthday party and adding 'Pace maker cancer', only to have it cured so easily, also did not help the movie. However, this still lives to my expectations and it is a great movie.

Brilliant effects, original plot, comicbook accuracy, A-list actors, all rolled into one. The Crimson Whiplash was a great movie idea because whiplash is a unique villain, and Crimson Dynamo is a top three Iron-Man enemy. I felt that they didn't expand enough on Black Widow, turning her into a mindless S.H.I.E.L.D. agent. And turning Justin Hammer into a Tony Starks opposite except more of a douche. The humor in this is put up a bit from the last one, with jokes like: "You can trust me to pleasure myself.","We are being ambushed by Hammer's-roids.", and the last line of the movie, "Don't you hate how annoying a little prick can be?".

It is said that Iron Man 3 will come out after the Avengers. Hopefully they will keep this War Machine, and not make the villain a combination of Mandarin and Madame Masque. We won't see Tony Stark again until 2012 (unless he cameos in 2011) where he will be in Joss Whedon's Avengers. This movie is one of Marvels best and would advice you to buy, watch, re-watch, watch until you know the words off by heart, and by the time you finish, Thor will be out in cinemas. 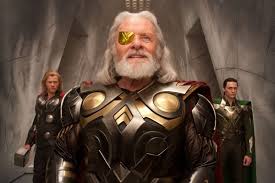 Other reviews for Iron Man 2

Reviewed as a Movie and a Comic Book Movie 0

In the US the long awaited Iron Man 2 movie is premiering tomorrow May 7th, but the International premiere for the movie was last week and since I don't live in the US (just close) I went to watch the movie. So for all of you who haven't seen it and are waiting to anxiously here's a review of what you'll get (I promise I won't spoil anything) SynopsisIn Iron Man Suitcase Suit "Iron Man 2," the world is aware that billionaire inventor Tony Stark is ...

With Iron Man 3 coming out this Thursday (25th April 2013) I felt that it's about time I got round to doing my review for Iron Man 2, as I originally planed on reviewing all of the Marvel Cinematic Universe prior to Iron Man 3, but so far have only done a review for Iron Man, so I at least need to do one for Iron Man 2.PlotSPOILER FREEAfter revealing himself as Iron Man, Tony Stark has been confronted by the US Government to hand over his technology which doesn't suit well with him. Also a new f...