I loved Matt Fraction's run on the character in the last series (The Invincible Iron Man) and after Kieron Gillen doing such good work on Journey Into Mystery I expected a good follow up series. So far the first two issues have been very disappointing and if the series doesn't pick up by the end of this story and defiantly the next I will most likely be dropping it.

I didn't like this issue. I went into the series expecting Gillen to do a good job and was a bit far with the first issue, because of it being a new series, but this issue wasn't a good follow on. When I first noticed that Arthurian Legend was going to be involved I was happy because I love reading stories involving Arthurian Legend, but it just made the issue more confusing, and hard to read at some points. I don't mind how Gillen is writing the Iron Man character, my problem is that most of the talking or thinking in this issue was from one of the villains.

Greg Land's art in this issue isn't bad and actually suits both the Iron Man and Tony character well. I still don' like how he draws women similar and I hate how he draws people smiling, but besides that his art is quite good. At times I like his art but there are other points I don't. This is the same for background detail, some panels, like when Tony's computers are up there will be lots of detail but other times not as much. I'm happy that he's putting the detail into the things that matter but why not just put a bit more detail into the other environments.

In this issue Tony is inventing a new A.I. system to replace J.A.R.V.I.S. (the A.I. program not the butler). I like the idea that Tony is inventing a new A.I. system as it adds something different to the series but like Pepper said why invent it the now whilst he's going about the world retrieving his stolen Extremist armour. I know that Tony likes to test drive things in the field but it doesn't make sense using something that isn't finished to battle people with his already tested Extremist armour.

I was in two minds as with what to think about Arthur and his Knights. I like how Arthurian Legend is getting used in a comic book series but I'd much rather it was used more wisely and thought through a little more. I am also in two minds about the armour the Knights are wearing themselves. I'm not overly keen on the design as they look too plain, but I do like how they all have different coloured crosses for visors. I would have preferred a bit more design on the armour though and they could have even made it similar to the Knights Templar by adding a cross to the front plate of the armour.

The thing I have been liking a lot in the series so far is the new Iron Man Armour, and although it's similar to his previous one I actually think the black looks good on it. I originally thought I wouldn't like the black but after reading the first two issues it's started to grow on me. but I'm still not too sure if it goes with the gold as well as the red did. I was also happy that we got to see the armour in a longer battle this time, but didn't like the battle itself. The thing I didn't like about the battle was that there was monologue from one of the villains over the top of it. I don't mind monologue over battles as it's sometimes good, like for instance the battle in Uncanny X-Force #34 between Wolverine and Daken, the monologue helped add reason and emotion to the battle. The monologue in this fight however made the fight boring, and due to the fact there was so much of it actually took away from the action.

A disappointing continuation to what has been a mediocre series. I wouldn't recommend this issue unless you are a big Iron Man fan who is willing to accept an poor story in hopes of it getting better in future issues.

Being to hard on what? This book. I read a few reviews before going in to see what the general mindset on the issue was and I see folks upset. Most folks are referring to how great Fraction`s run was, but I disagree. I was never a fan of his Iron Man, but that isn't why you're reading this, if you are at all, so let's get to it.Issue 2 of Iron Man is a strong issue with a great story, but it does have weak points. Kinks in the armor, no pun intended. I'm not sure about anyone else but I was a ta...

I'm just going to be honest. I don't like this series so far. Sure it's only the second issue (in a month), but still it's two bad issues.The first issue set up a storyline that was done before with Matt Fraction's run on the series. The art was not good (I didn't realize that was Tony Stark at first), but the Iron Man suit was cool.Here we get a story were Tony goes off to the island of New Camelot and fights a bunch of guys named after knights.I thought this was dull, and uninteresting. The la... 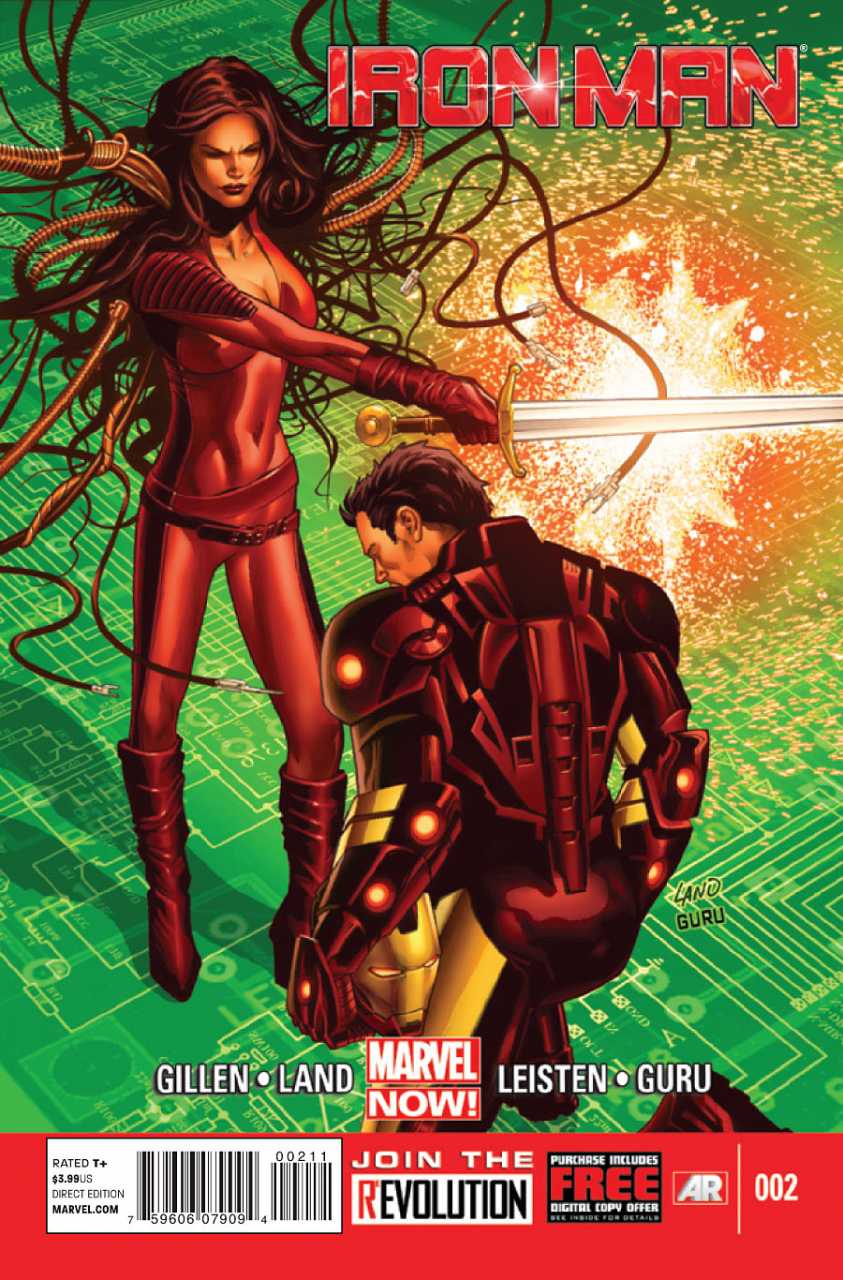 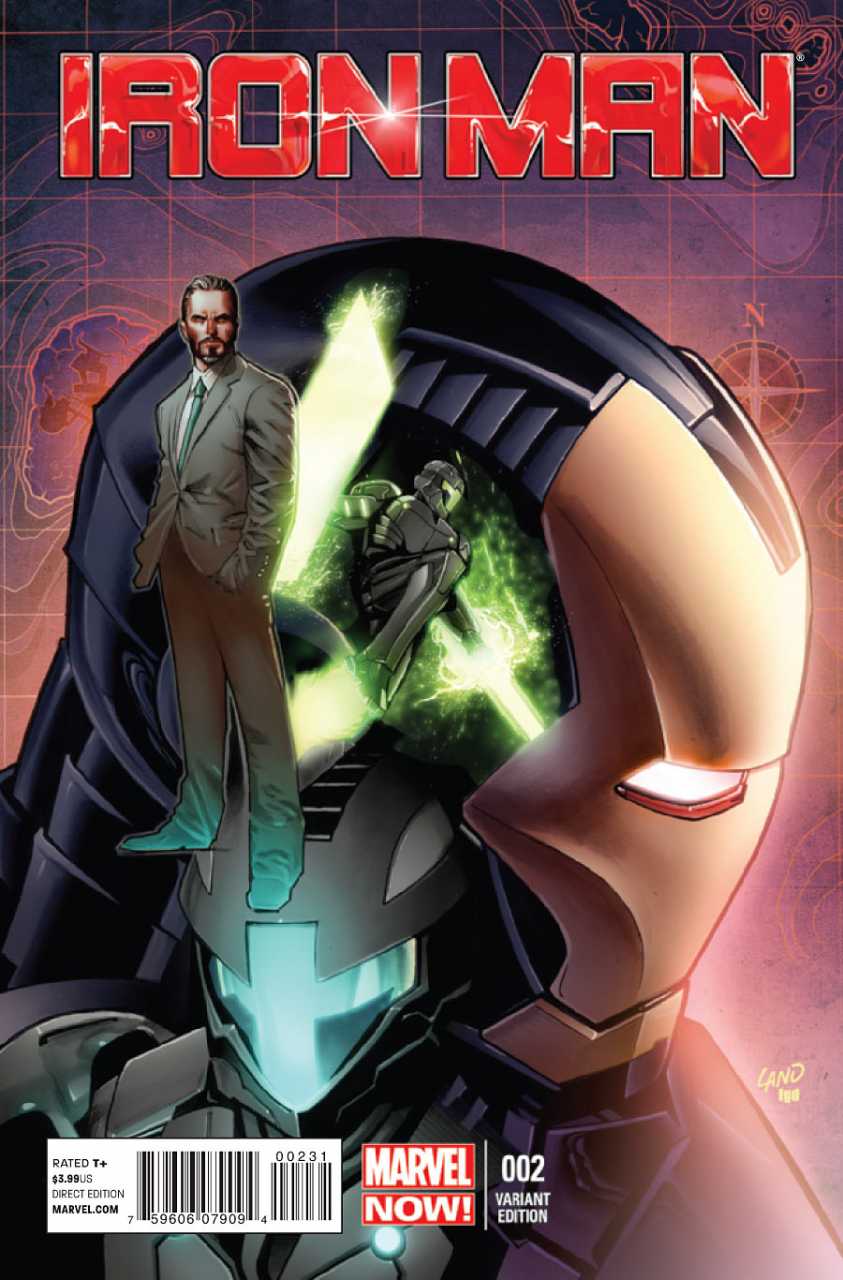 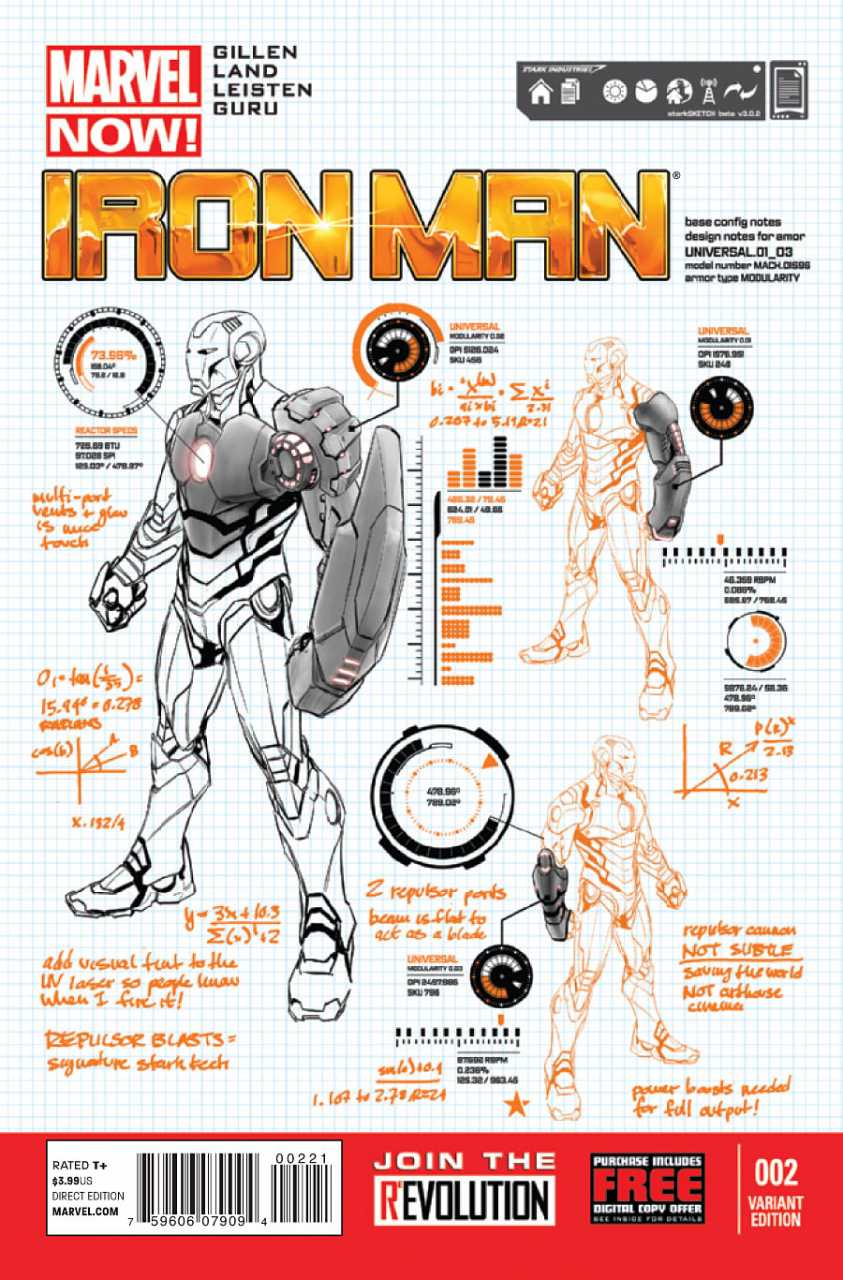