This issue sees Bruce Banner visiting Maria Hill in a cafe to discuss joining S.H.I.E.L.D., and how he's unhappy that people like Iron Man and Mr. Fantastic who are no smarter than him will be remembered as geniuses and all he'll be remember for is the Hulk.

This was an amazing issue and one the best first issue Marvel NOW! has produced so far (along with Uncanny Avengers #1). I was happy to see that Waid brought a similar attitude to this series as he did with Daredevil, as although he's making a Hulk book he will still be involving Banner in it as well. Although Banner has been involved in many Hulk series over the last few years with the last series being the most recent, I don't think anyone has handled the Banner side of the Hulk character as well as Waid has in this issue. Okay, I did like how Greg Pak used him when he brought the The Incredible Hulk series back but I've been wanting for years to see Banner back as one of the top scientists in comics, and not like the crazy one Jason Aaron wrote in his Incredible Hulk series, as I like Banner in this issue have wanted to see him once again mentioned in the same breath as Iron Man or Mr. Fantastic intelligence wise.

The art in this issue was outstanding and Leinil Francis Yu did a brilliant job. I have always liked Yu's work and when I heard he was going to be working on this series I was extremely happy. His artwork is amazing and I love how he draws characters unique whilst keeping all of their characteristics, so you can tell both who the character is and that Yu drew it. I also love the emotion he puts into his artwork and it doesn't matter if it's the slightest thing, like surprise, anger, sadness or joy you can tell almost instantly what the character's feeling. I also love how when he draws both Hulk and Banner you can see similarities, which you don't always see with other artists who work on the two characters, but I liked that Yu did, as it's the small things like the same way of drawing the nose or hair that makes them feel like the same character..

Banner coming to meet Hill during this issue was great and I loved how he's finally making a point to try and rectify all the misery Hulk has caused and try to be possibly remembered as a great scientist and not a monster. I also liked how Hill was reluctant to agree with Banner to start off with, and how she wasn't entirely happy with some of the thing Banner was up to.

I also liked how this issue stated the events in Avengers Vs. X-Men and I found it interesting that Banner didn't remember anything to do with the events, showing that although they are two in the same character wise they are actually two characters sharing the same body.

I also liked how we got to see Banner deal with keeping his anger in check during this sequence as due to all the banging and clattering that would go on in a cafe as well as all the talking it would be easy to get mad.

Another thing I am extremely happy to see in this issue is that the Hulk has hair again as I was getting feed up with seeing the Hulk with a chromedome. I don't have anything against bald people or baldness in comics, there are great characters like Lex Luthor or Professor X who are well known for being bald, the thing I didn't like when Hulk was bald was that he didn't suit it and it just looked funny seeing this gigantic rage monster without hair. I understood it was to keep the continuity of the story but I couldn't be happier when it was gone. I liked what Marc Silvestri did when giving him long hair and a big beard at the start of the series as it looked cool, and was nice to see Hulk with a bit of a change, but the baldness defiantly did not.

Don't worry Hulk fans, Hulk does make a proper appearance in this issue and Hulk defiantly SMASH's, and not just in flash backs. Once Hill accepts Banner's offer he's involuntary turned into the Hulk and sent to take out someone S.H.I.E.L.D. have had under surveillance, and who Banner thinks will easily kill them if they go in without the Hulk. Although Hulk wasn't hugely involved in this issue when he was he was brilliant and I loved how Mad Thinker underestimated him thinking that with him being so smart that he could defeat Hulk easily. I'm also looking forward to how S.H.I.E.L.D. use the Hulk in further issues and how this will fit in with Banner's plans.

This was a brilliant issue and I am very happy to see Hulk have the quality of series that he deserves. I would highly recommend this issue and am looking forward to seeing how Hulk working for S.H.I.E.L.D. pans out.

Other reviews for Indestructible Hulk #1 - Agent of S.H.I.E.L.D. Part 1

The Much awaited series of the Indestructible Hulk is finely here, and let me be the first to say, this met each and every one of my expectations to it's fullest. mark Waid had promised us a new and improved Bruce Banner , and boy did he deliver. The writing is top Notch, in fact, it's excellent. Mark Waid did something i wanted to be done for a long time, We finely put a cap in the whole "Banner is looking for a cure " stick, he is continuing Paks efforts of making banner less of a milksop and ...

INDESTRUCTIBLE HULK #1: Thanks to @TheAcidSkull and @TheIncridibleSuperHulk8642 for MAKING me check out this issue! 0

COVER ART: 5/5 What I love this about this cover is EVERYTHING! The pencil job by LEINIL YU is very good but I really love the color job by SUNNY GHO! STORY ARC: 5/5 I would not have even looked at this issue were it not for @theacidskull, @theincrediblesuperhulk8642, and even @johnkmccubbin91 who is a big MARK WAID fan. Up to this point, I have been LESS than impressed with Mark Waid's work. This issue has possibly changed my viewpoint of Mr. Waid. My whole issue with the Hulk up to this point... 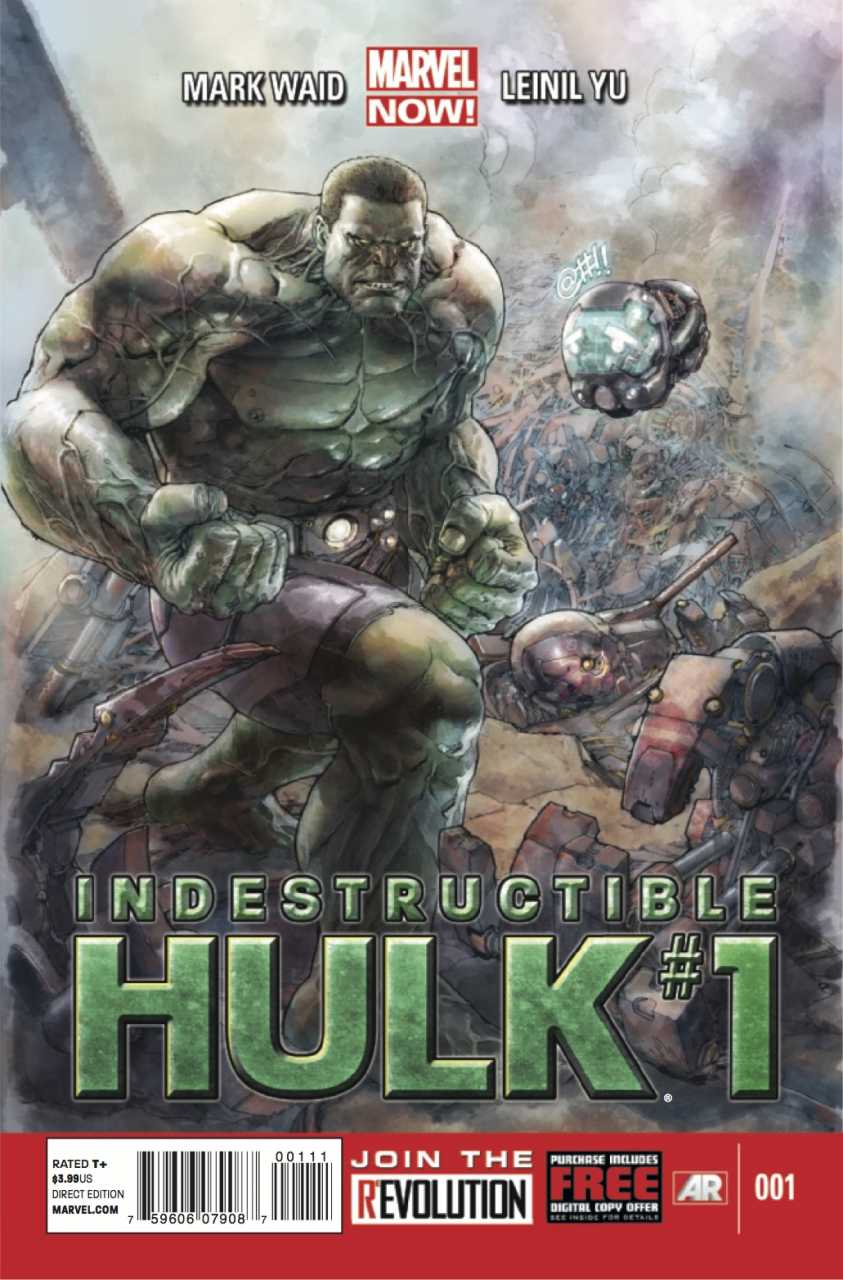 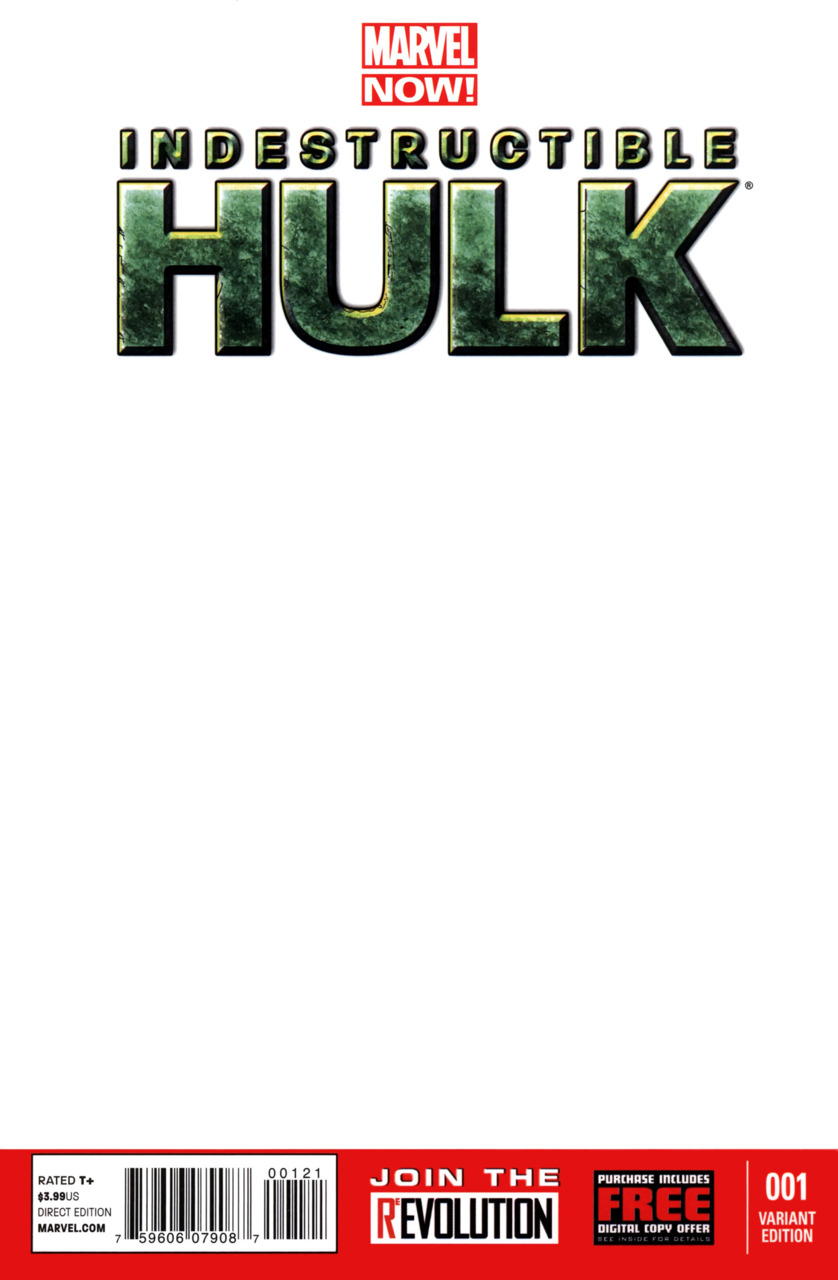 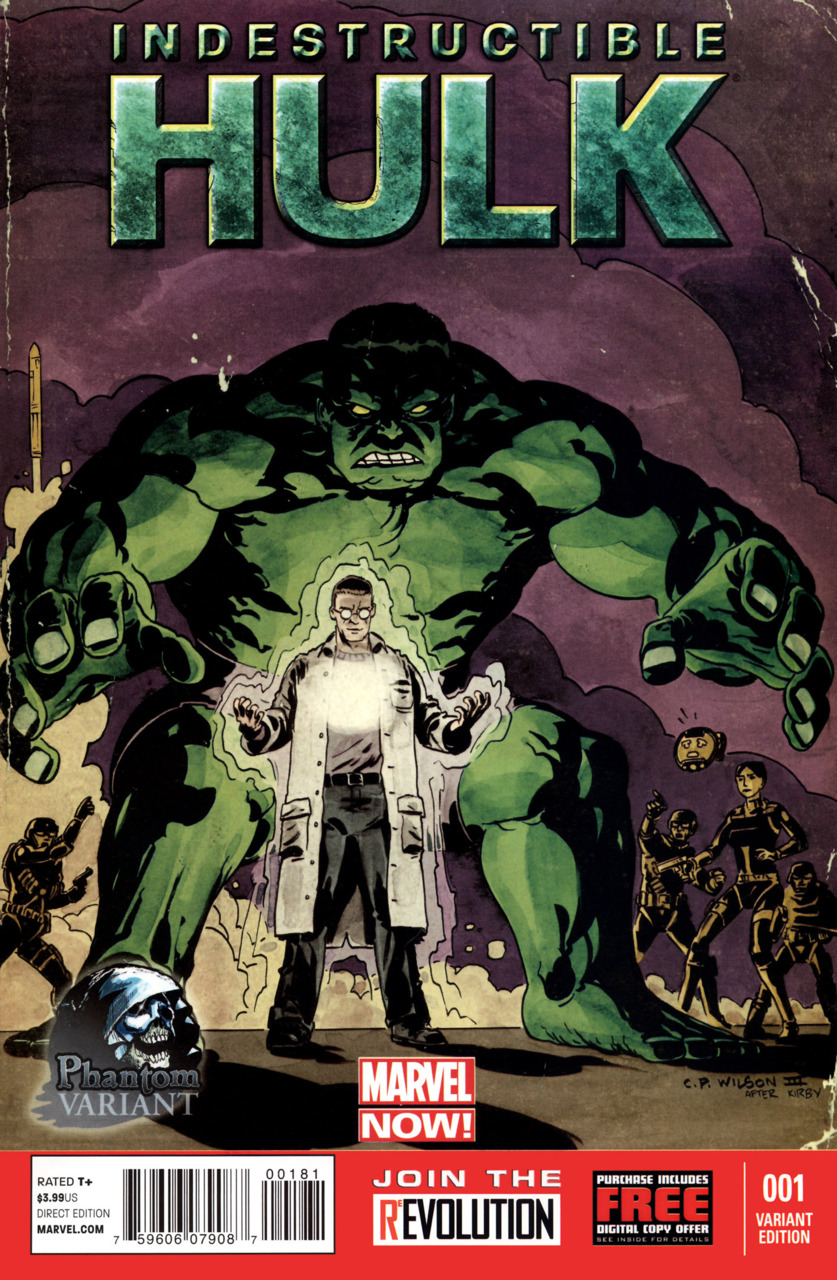 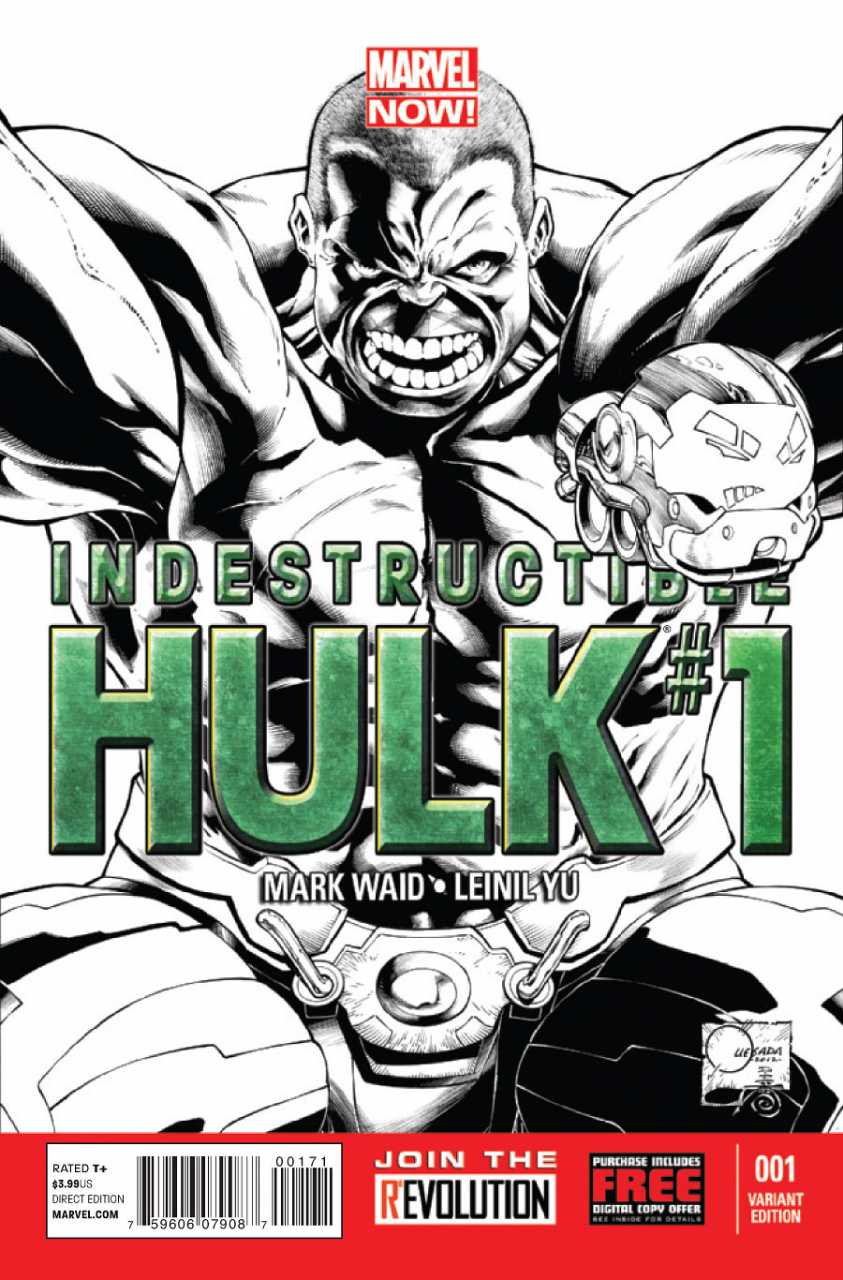 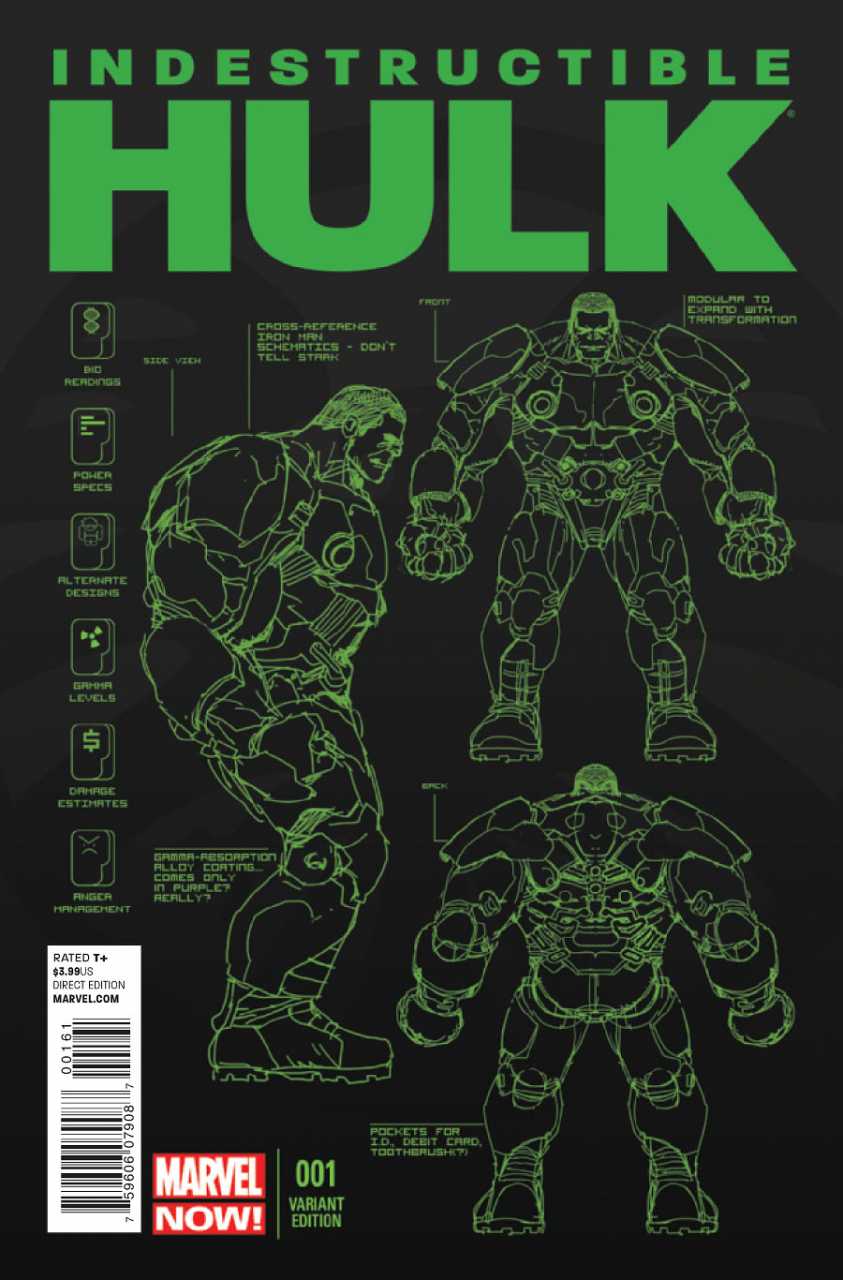 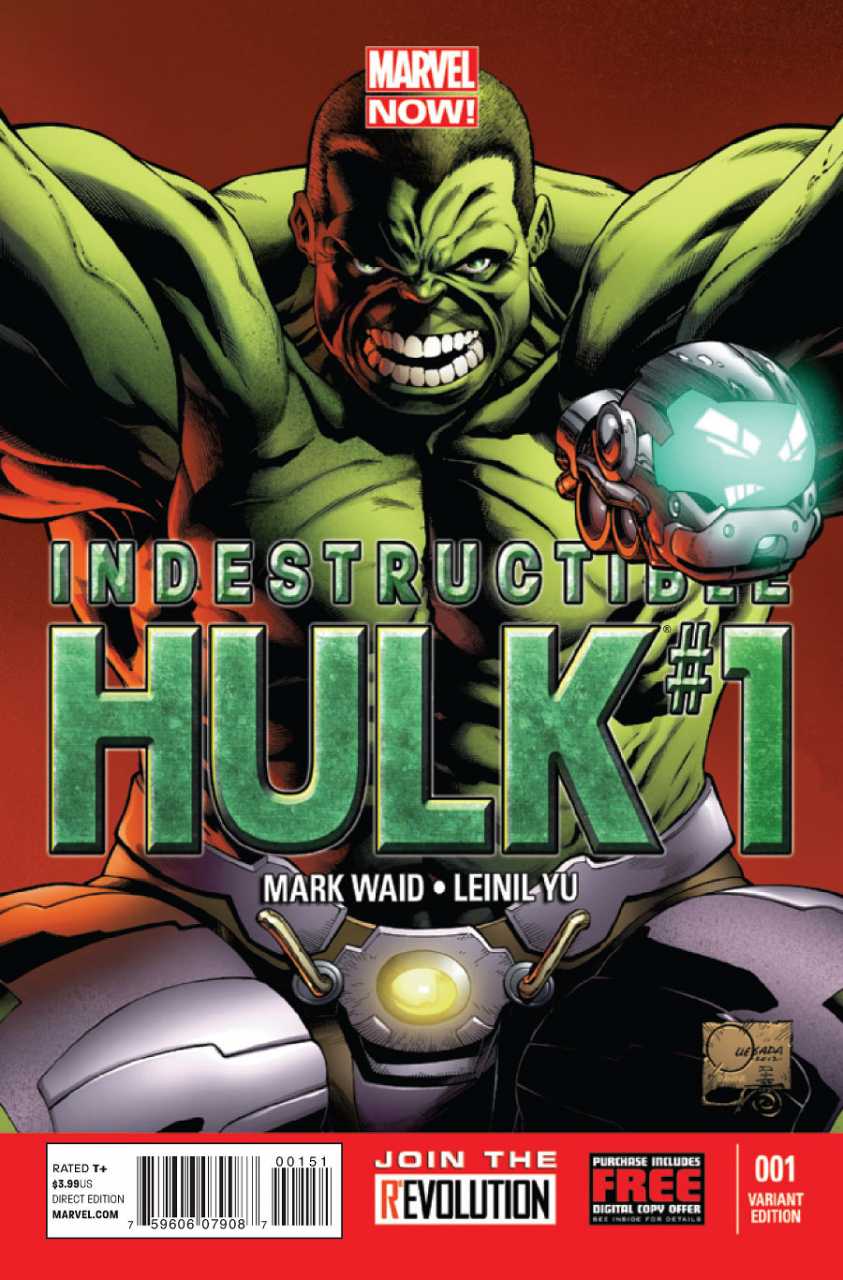 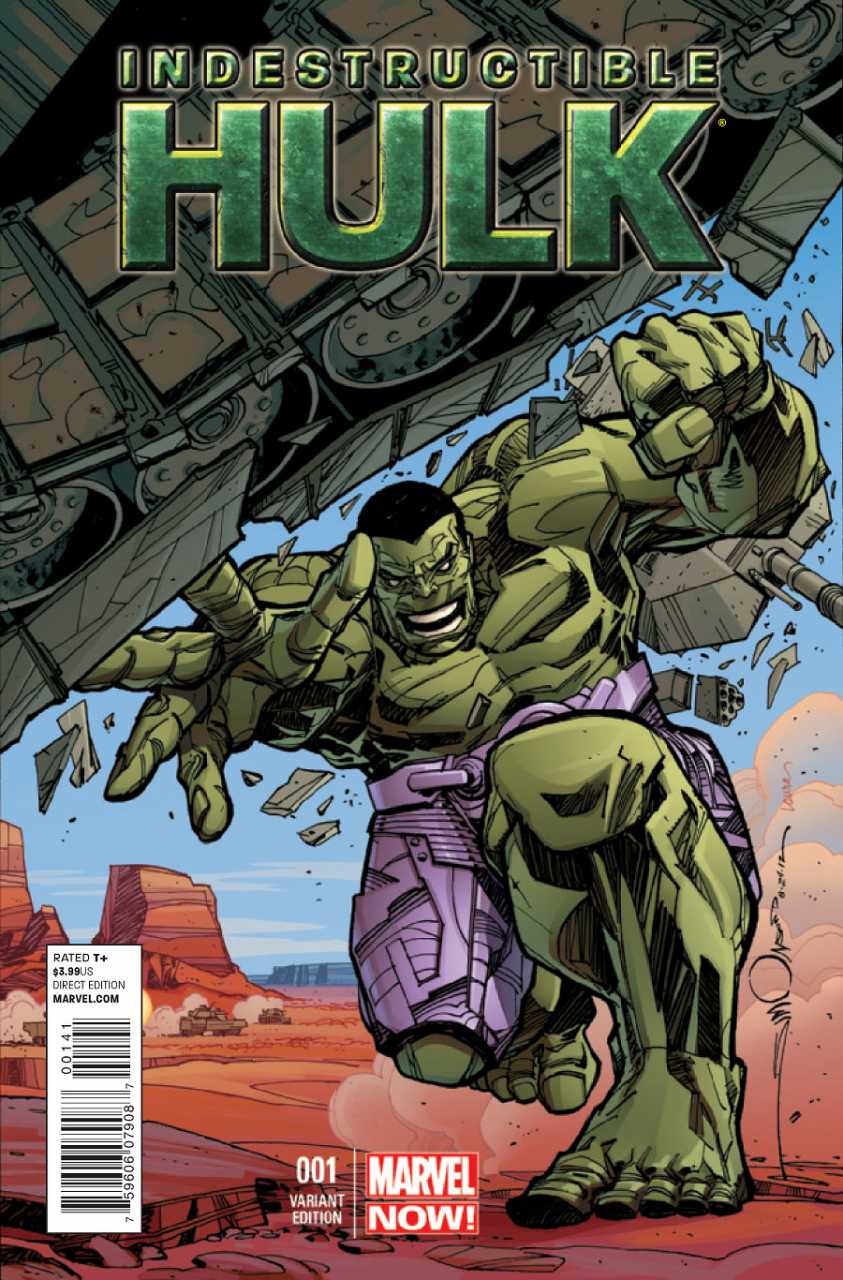 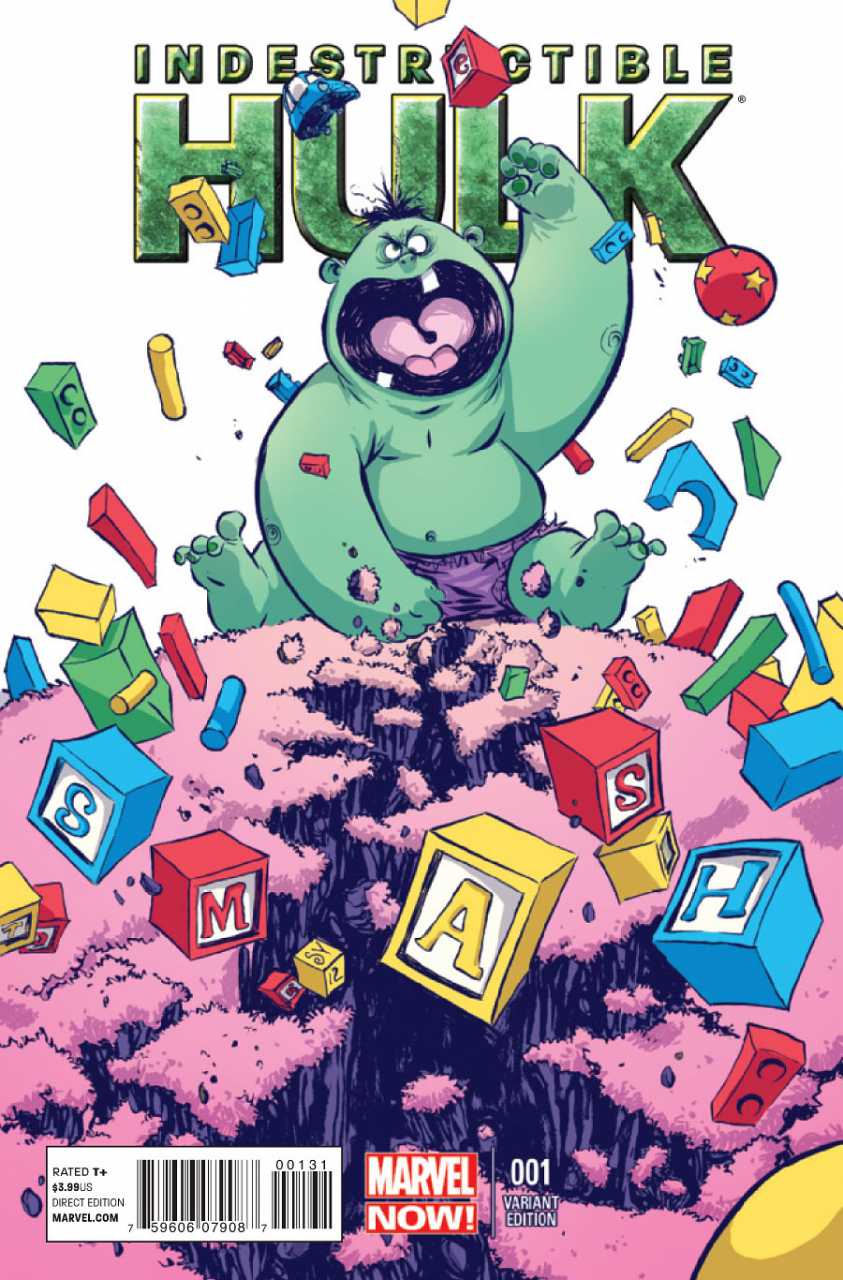