Not as bad as the cynics say...

Sure, John Byrne's internet personality had emerged, making him a very disliked person by many, but that kind of thing should never effect one's enjoyment of the work.  Hulk Chapter One is a 1999 modern retelling of the Hulk's origin, and it works great up until the time that that Igor is revealed to really have been a Skull. That was just an unneeded addition that served no purpose other than change for the sake of change. (something Byrne should be above doing)  The part of the origin with the Gargoyle was fleshed out a bit.

This issue isn't a masterpiece by any stretch, but it's definitely not bad. 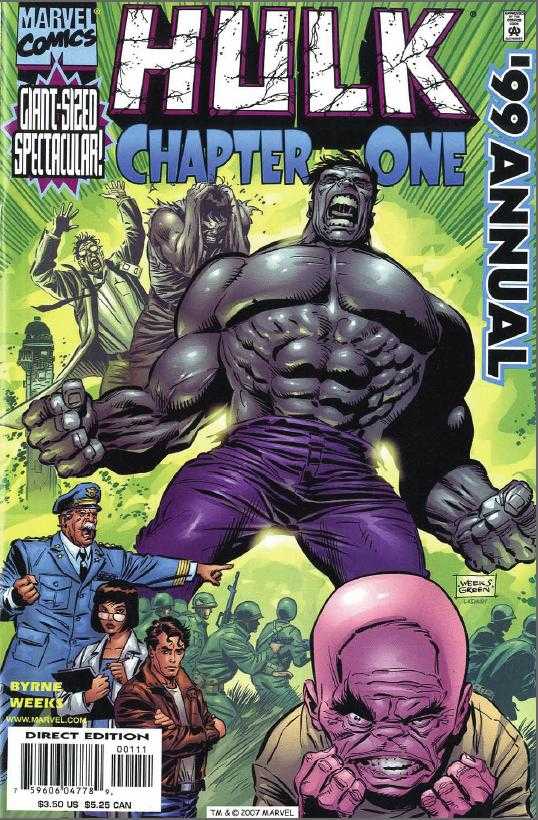