"Never Surrender"... Heh, My motto since the new series launched

After I was increasingly disheartened by the last issue, I guess I kinda did lose hope for this series, not to mention that I honestly expect better of Waid, but essentially, most of the problems I've had with the previews issues have somewhat been rectified here, but some still remain and annoy me to an extent. Either ways, with Gerry Duggan taking over after issue 5, i really hope that waid manages to conclude on a somewhat higher note than what i'm expecting. I'll could say that I was given hope, but I'll bite my lip and wait for what comes next.

One of the primary complaints most people had with the first issue that Abomination was dominating hulk in the battle, and while I don't particularly mind this, it's always good to have a VALID explanation as to why Emil would be able to do this, considering that hulk has become way stronger than he use to be back in the day. Well on this term, waid doesn't disappoint. He pretty much gives you a good reason as to why Emil is able to beat the tar out of hulk. First of all, Emil is draining hulks energy, which is a result of him being engineered to become radioactive. He has also been amped in terms of strength by the same people who brought him back, hell even Hulks team mates are surprised that Abomination was able knock the jade giant out. Not to mention the fact that He was easily(while not fully fighting back actually) beating both Iron man and Ms Marvel at the same time. This is something I have to give Waid credit for, he re-established abominations status as a great powerhouse, capable of not only holding his own, but walking over very powerful opponents. In the end, there is a really cool seen where hulk kinda showed more personality that he has demonstrated from the beginning of Indestructible #1.( yeah....) This moment really shows that no matter how strong you are, the green goliath doesn't care, he will still fight, and he'll still stand his ground.

Speaking of standing your ground, Maria Hill has become far more interesting here. She's actually showing concern for Banners health, which really enforces the idea that she doesn't like being the B*tch in most situations, it's just something she has to do. I also liked the fact that hulk didn't really fight the Avengers, which the previews had made us shamelessly believe, in fact, they are essentially collaborating to beat a larger threat, which is pretty great to be honest. Moreover, the villains, are, I guess, pretty interesting... in their own unique way. Sure it's an organization and not a titanic/monstrous being, which wanted to add Hulk to it's arsenal for some particular reason, but they've demonstrated that they are formidable through creating powerful attack dogs and that they don't need to engage hulk through physical means, considering that they are capable of producing very powerful atrocities themselves.

Having said that though, there is one particular aspect which really pissed me off. Like in the previous issue, abomination is said to have lost his mind, meaning that he's basically a green doomsday. If this was the point from the beginning, why bring Emil Back in the first place? Part of what makes the battle between Hulk and Emil is their dynamic banter which expresses pure emotions towards each other. When that is taken away, we don't really have a lot to explore. It kind of takes me out of the moment and sucks the enjoyment out of it. Still, considering that some of the complaints have been answered here, I'll make my final judgement after this issue. however if this IS the final approach, I would have preferred the creation of a new being entirely.

Another thing that kind irked me is that Banners shift in personalities is not what I had expected. This, mind you, isn't exactly a bad thing but I was hoping that there would be multiple version of Banner, but considering that Waid is leaving after ONE more issue, I'd say it's understandable why things went down this way.

Also, despite having most of the emotion sucked out of it, the fight was pretty epic. Mark Bagley really outdid himself on this one. The character designs are absolutely spectacular and the action scenes themselves are incredibly brutal and detailed. This definitely feels like a fight between two titanic monsters, which is always a welcome treat in a fight like this.

My Verdict? If you've come this far, i might as well say you should pick this up. Sure the issue is far from perfect but it's definitely enjoyable with some decent writing and awesome art. Either ways, lets see how this concludes.

Recommendation: Sure, I guess

Other reviews for Hulk #3 - Who Shot the Hulk Part 3

Writer Mark Waid, penciler Mark Bagley, inker Andrew Hennessy, and colorist Jason Keith ask the question; Who Shot The Hulk? The GoodWhen the Hulk became the main drive, or focus, of the issue; things got better immediately! The previous issues were good. The entire mystery of Who Shot The Hulk intrigues me greatly, and I'm interested in seeing "who" did it and for "what" purpose. However, writer Mark Waid really outdid himself with this issue. I found the Hulk and Abomination fight that starte... 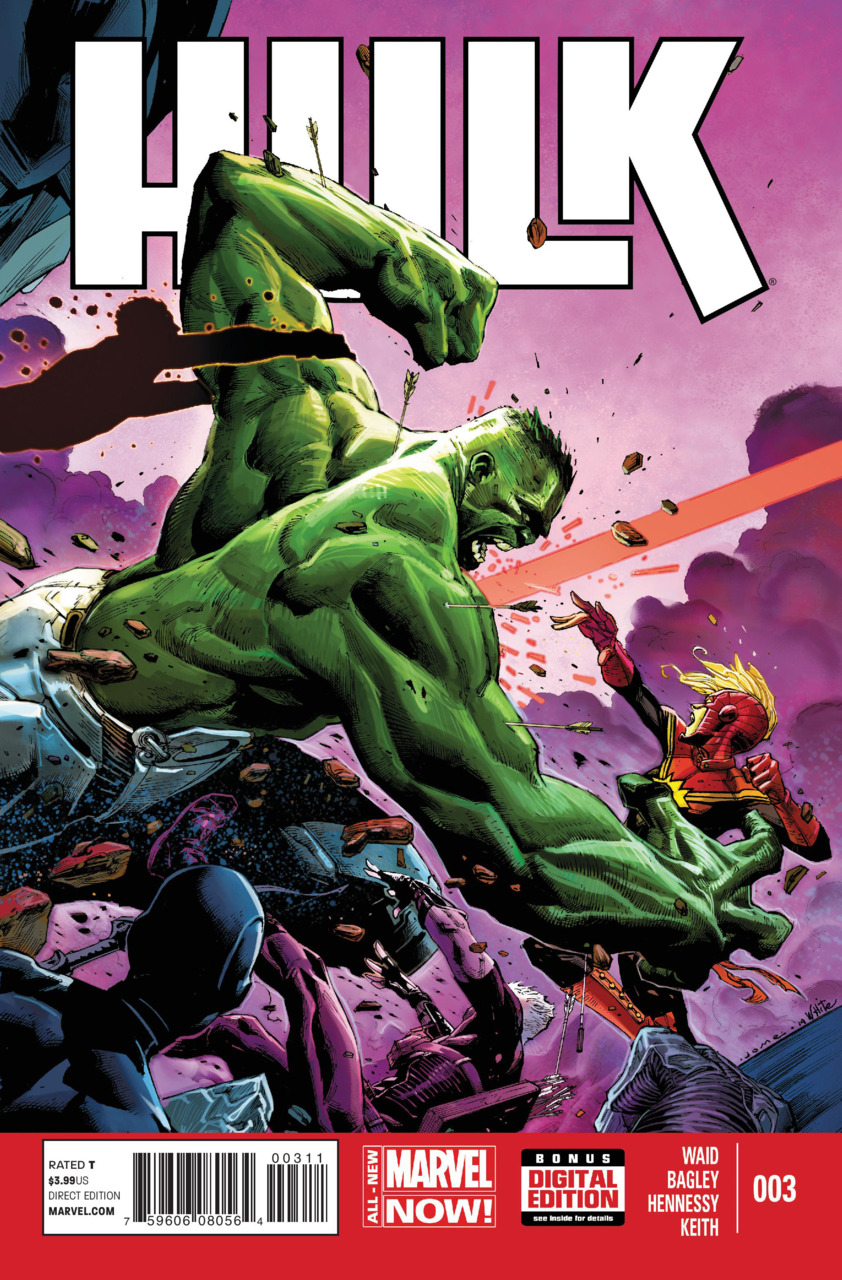 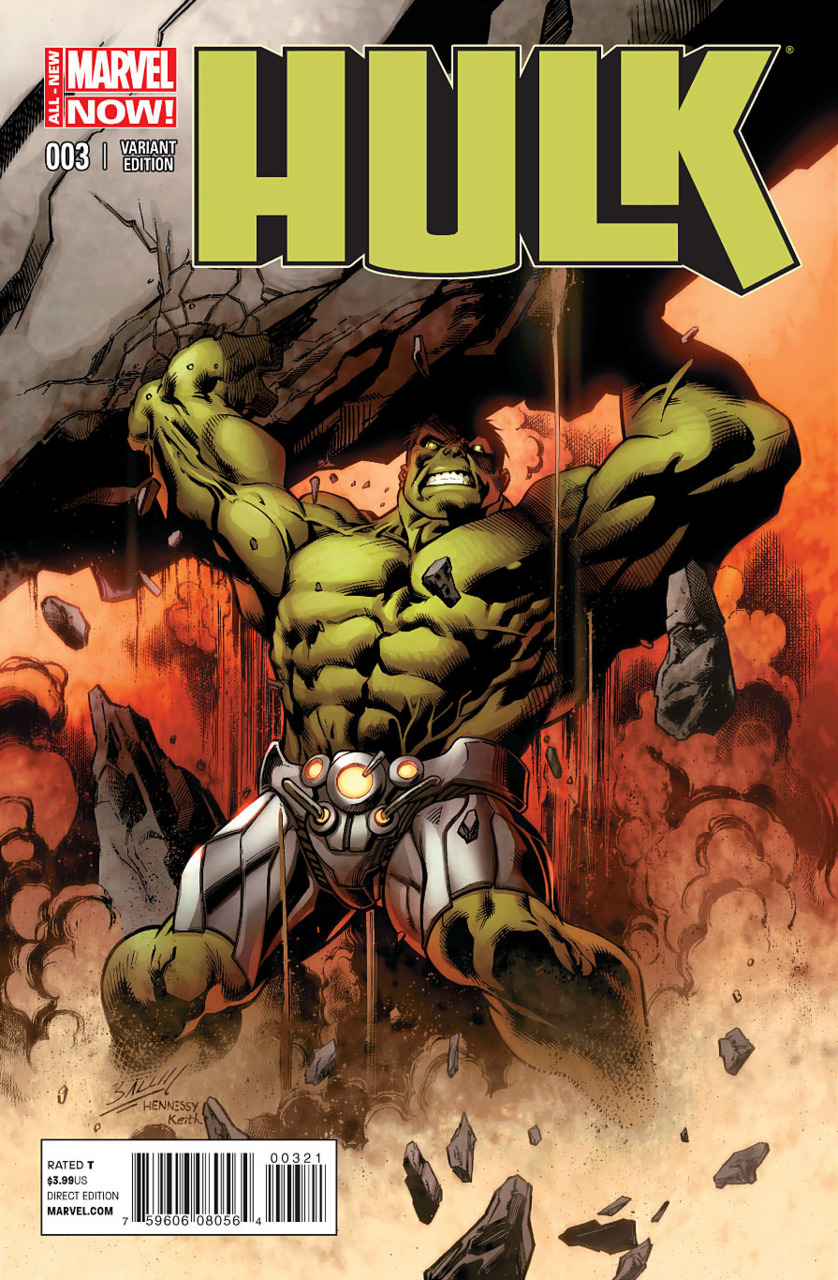