Until this issue was released, Rick Young was mainly a flat character. Not much was known about him except that he was Mary Young's little brother and one of Evil Ernie's first victims after his resurrection. In a single issue, an entire background complete with dead emotions, lost desires and crushed dreams are given to a character that went from mindlessly following his sister to mindlessly following Evil Ernie (who he saw as a messiah figure granting true life to the dead). Somewhere between the perfectly placed storyline, the original poetry and the debunking of a plainly static character comes an independent and well rounded person who was robbed of his life, but he gets a second chance in the afterlife as he removes himself as Ernie's puppet and becomes THE DEAD KING.
Load Comments

Other reviews for Homicide: Tears of the Dead #1 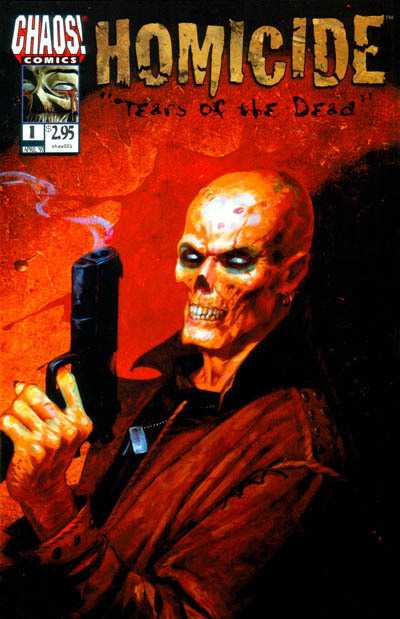