There are many reviews of the wondering Hillbilly, this is but one

In recent years, i've moved farther and farther away from the two big companies, simply because the heroes that I love slowly become franchises, or rather staples with which they hook people for money. That's not to say that there aren't great books out there, but the constant drive for events, reboots, new shticks and cheap flashy tricks leak across many titles, thereby eventually killing the possibility of a self contained story. Indie comics, specifically one's by Eric Powell, do not operate that way. I love Eric Powell precisely because he always establishes certain rules for the universe he creates and the characters that reside within it...and yet, it never kills his ability to uniquely tell a story.

The Goon was a good example of this - we knew who he was and what his motivations were, but Eric found new ways to convey the story he wanted to tell. Likewise, the Hillbilly, with it's dark age/woodland setting, has a certain "story within a story" format that works really well. It gives Eric room to ground Rondel, the titular character, and make him empathetic without relinquishing his status as a witch slaying myth. This is a recurring concept throughout the series but it shines really well in the final issue. This is the final battle between humans and witches (as well other monsters) and the story is being told by a solider who survived and witnessed Rondel's leadership and battle prowess. This idea works really well for many reasons, primarily because it is a style of storytelling that quite literally sucks you into the book. What I mean is, the reader becomes a participant because like us, some of the characters are looking at Rondel from a distance as this mythical bearded man who is far to humble given how powerful and brave he is. This format also makes Rondel's character moments shine brighter, because when they do occur it humanizes the myth that's been hammered into our heads.

If there is something to criticize I would say that the main witch didn't have that much presence throughout the series, at least, outside of certain hints, but I suppose the "witches" in general are meant to be a collective evil, Like a disease.

As for the art, as always Eric Powell delivers with flying colors, or lack thereof. I really like his style - his utilization of warn out colors (which give the pages a sense of old age) mimic his style of writing perfectly - meaning that he legitimately makes Hillbilly feel like a specific universe. It's almost ironic that in an industry where creators/artists try everything out in order to hook readers, Eric Powell accomplishes just that by staying true to the story he wants to tell.

Anyways, check it out.

Other reviews for Hillbilly #12 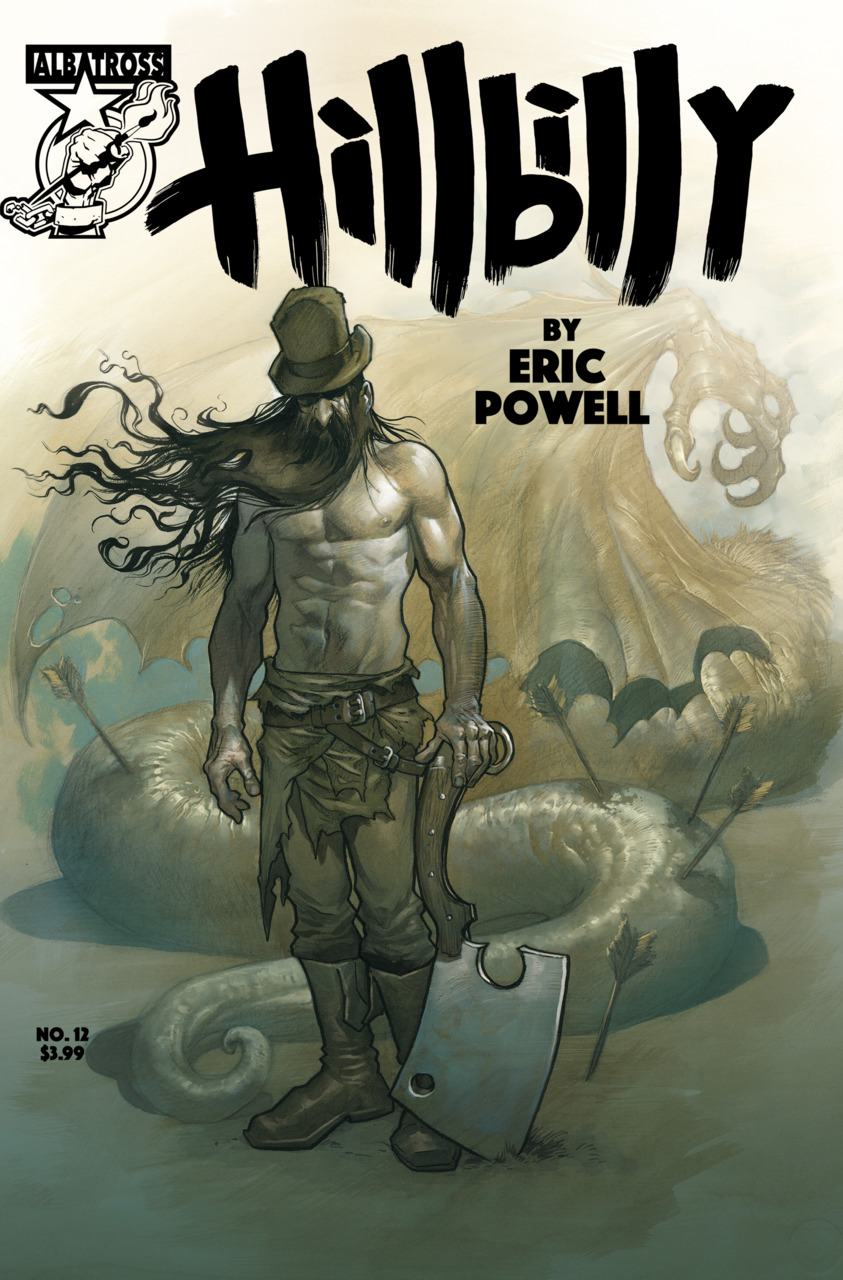