Since Justin Jordan jumped on this book this has became my favorite Lantern book out there.The way he handles the characters is just unique and this actually feels like a real threat and not like the First Lantern who felt like such only in the end.Relic looks as a really cool villain and so far what we have seen from him I like him just too much.He of course is like any else Lantern villain,an old almost omnipotent being that has some hate for the Guardians and the Rings and wants to destroy a certain Corps and I think that writers are really getting out of ideas which is really sad but at least Relic is cool unlike Volthoom.

There were a lot of characters that appeared in this issue and I thought that Jordan will forget about some of them and will not feauture them at all or they will just lack any dialogue but I was proven wrong.He did a great job and every single character had their time and that was great.Nobody got forogotten and all of them had some kind of characterization and that is a big plus for Jordan and I respect that.

I thought there will be at least some answers in this issue but with answers there were more questions that went out which is really bugging but also really intriguing because almost until the end you don't know almost anything about the villain.But on the other side all of it is just the way the writers make you want to pick the Villains Month issue of Relic so you can see his origin and that way they can make some money.

The artist Brad Walker is a mixed bag for me.At times his style is astonishing and at other times I can't stand it.When there are up close moments of the characters and we see their faces the imagery is just hideous.I don't like the way he does the faces of Kyle and Carol up close and that is a big problem for me.But when there is action and we don't see any faces up close everything is amazing.It looks really cool and you get excited with each panel more and more.

Recommendation:Yeah!Best Lantern series out there!!!

The Story:Relic's war against the Lantern Corps begins as he sets his sights on the Blue Lanterns. The Good:I think too many times in comics we get promises from creators that "things are going to change", "you won't believe what happens next", or "everyone dies". DC promised that Relic was going to change the face of the Green Lantern universe and this story is delivering. If you've been following, he's out to destroy the various Lantern Corps to prevent the emotional spectrum from being draine... 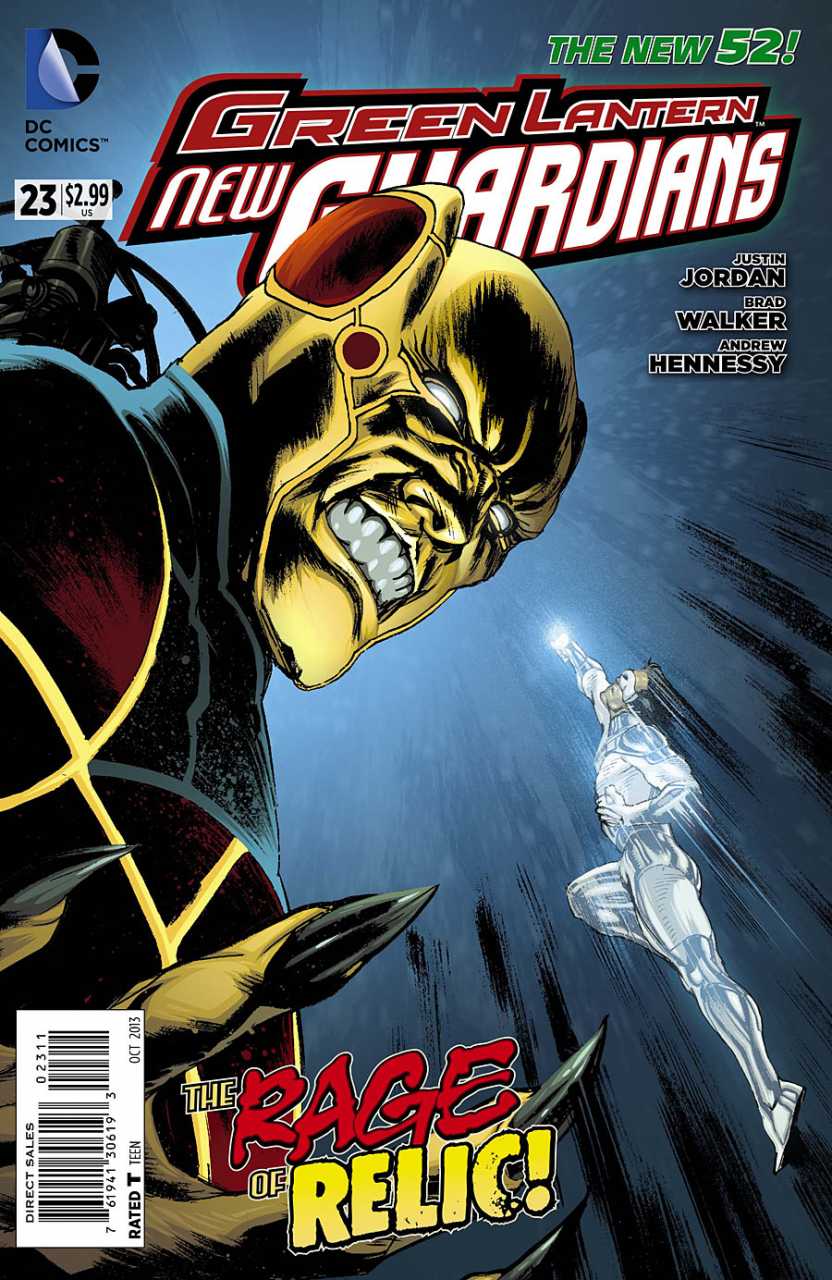 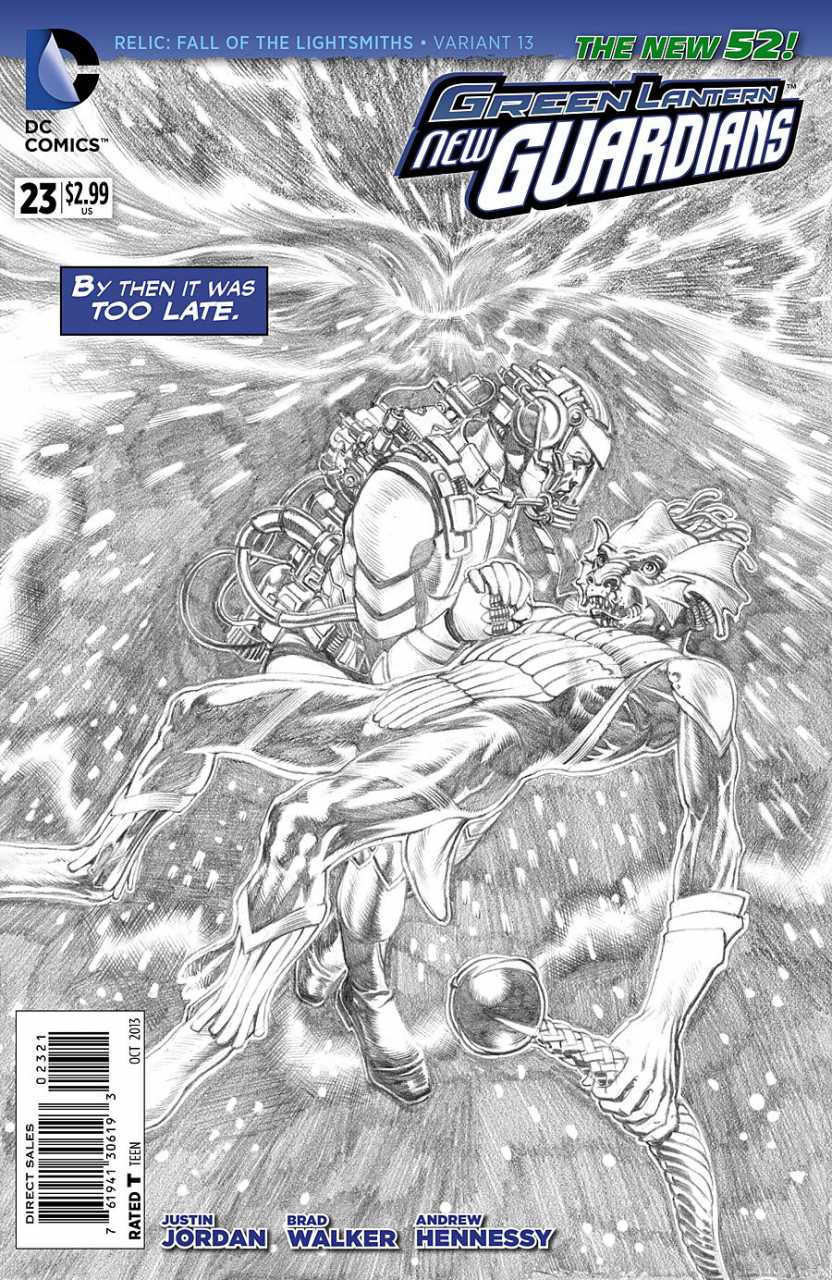