"Vine Villains is an international coalition of super villains. We represent the cretinous novice and the super crime boss alike. Join VV and reap the benefits of membership, such as medical and dental, and up to 2 annual prison breaks should you find yourself incarcerated."

This thread is for recruitment and Vine Villian news and discussions please have respect for the site and the members on it.

Heres Some Evil Stuff To Get Us Started.

Some Evil Things On My Blog

2.100 Guidelines on Becoming an Evil Villain

4.Evil on a Budget

#3  Edited By Mighty Magneto
15 years ago

1.You need a castle

Preferably one in the mountains of some remote eastern European country. When shopping for a good stronghold, always remember to look for proper dungeon space, good schools, and a self destruct option. A skull on the exterior announcing your evilness to all visitors is optimal. Make sure you opt for full coverage homeowners insurance, as the self destruction option will inevitably be put to use at some time during your career.

2.You need an army of ninjas

A lot of villains overlook this. You must be able to back up your demands with good old fashioned ass kicking’s, the kind of ass kicking’s that can only be delivered by roving gangs of rogue ninjas. Make sure you do not hire ninjas without reputable references, as most ninjas on the market nowadays are just out of work pirates in black costumes.

3.You need a laser

No plan for world domination is complete without a laser to point at things. Lesser villains use laser pointers to disrupt movie premiers. Note that this does not count as having a laser. This only counts as being an asshole

4.You need a video camera

You have to have some way to announce your plans to the world, and by video camera, I don’t mean a ten dollar webcam and YouTube. Don’t be so cheap. The world will never take you seriously, no matter how many ninjas you may have, if you are featured on websites next to the Numa Numa kid

5.You need a tank of sharks

You do not need any shark food. It is a good idea to store them in what looks like a regular pool so when the hero tries to penetrate your fortress and decides to take a leisurely swim he will get eaten. It may sound ridiculous, but studies show that 90% of all heroes who have attempted infiltration are eaten by sharks while swimming in villain’s pools.

6.You need a British accent

No one quite knows what it is, but there is just something sinister about the way people from Great Brittan talk. Just the sound of it inspires thoughts of arrogance and indifference. Skeletor, the greatest villain in history, seems to be the lone exception. He doesn’t even have to talk to be evil.

You need a staff of imbeciles

7.You need a staff of imbeciles

Every villain with any real aspirations of world domination surrounds himself by at least six or seven people who can and most likely will fuck everything up. These people are kept on the payroll to make you look good with the stipulation that they will eventually be killed for their insolence. They understand this when they are hired. The trick is to kill them at the second before they hit the self destruct button prematurely.

8.You need a control room

9.You need a monkey

The reason no villain has ever conquered the world is because he has never had a monkey. It is a proven fact that a man with a monkey can not be defeated. Do not argue this with me. I have a monkey, you can not win.

Welcome copycat989 may you spread evil thru out the world.

#7  Edited By M The Mordant

M the Mordant is in!

Why do you keep making evil threads that say the same thing? If you were really good at your job you wouldn't need to keep repeating yourself.
Post Edited:2007-02-25 16:30:55

Welcome M The Mordant may your evil deeds be know thru out the world.

Thanks fo the invitation. I would like to join this team of Vine Villians.

Feh. Only a non-Evil person would ask such a ridiculous question!!! You probably think us evil villains are silly for discussing our entire plans and weaknesses, while the obviously helpless hero is in our grasp with no chance of escaping. Preposterous!

I would love to become a member of the vine villains, please add me, Ravenlissa

"Thanks fo the invitation. I would like to join this team of Vine Villians."

Welcome Sipsi we glady accept you into the Vine Villians as long as you continue the spread of evil.

"I would love to become a member of the vine villains, please add me, Ravenlissa"

Well the Vine Villians would love to add you to its ranks.

Obviously, since I was simply pretending, I'd like membership back into the Vine Villians. For new evils-you read Mags' posts and guidelines. He's the man. Don't just skip over those walls of text, they are VALUABLE info.

Thanks for the invite..i would gladly join

"Thanks for the invite..i would gladly join"

Welcome Dr_Gee hope to hear of your evil experiments for years to come.

Welcome back fourpower how was it on the other side.

This is the new Vine Villian Team Page.

you two are so cute no wonder you are both neutrals 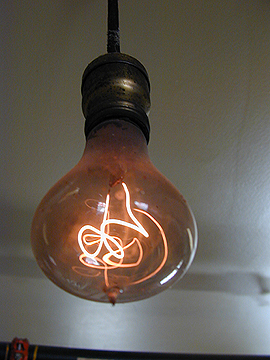 I'm also just trying to improve the site with new ideas like a team page. Its not my fault evil came up with it first ok.

Your ranks may be growing, but you're still severely outnumbered.

Give the finger to an authority figure, spit in a public place, sing annoying yet catchy jingles so people get them stuck in their head, wear miss matched socks, don't signal while driving (it's nobodies business where you're going), keep your lawn in poor condition, don't flush after using public toilets.

Use your imagination. Remember kids, evil starts with you!

aren't you the youth magneto?

Age does not determine evility. Besides, my birthday is soon...I'll be twelve.......

And I've got more points then you. I'm a functioning member of Comic Vine just like all of you.

Dude it doesn't matter i was just saying...and i also suck in contributing so i function less when it comes to comic vine....

They need all the help they can get.

Oh and by the way can i join the Vine Villians?

ThunderBlaze We welcome all those who desire to bring evil to the world.

Wow. I really thought Mags was smarter than this.

But the real question is, is he a double double agent.

I have not added him to the list here or on our team page its cool.