Which Pro Wrestler Would like To See In A Comic Film?

I'm new on here and am a bit more of a wrestling fan but I've always dug comics? If anything I always thought of wrestlers as the closest thing to comics especially back during the heavy steroid era.

Figure I'm not the only one if R-Truth can dare call himself the Sun Tan Superman and Mark Henry legitimately was crowned the World's Strongest Man.

What pro wrestling do you wish appeared in a comic book film, TV show or DVD?

Oh, past or present and dead or alive.

Ultimate Warrior as the voice of Mum-Ra 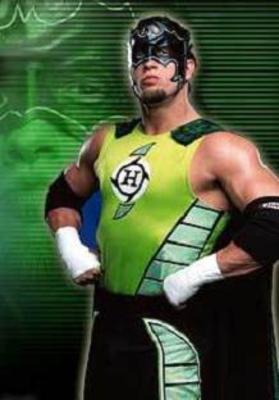 Honestly, I don't want to see any wrestler besides the Rock in a comic book movie.

Not many really..very few wrestlers can actually act. The Rock was an incredibly rare exception but even some of his films haven't been that great..Really though they can't be worse then Randy Orton. Orton shows little to no personality in anything he's in anymore

Well Friend, that's why I mentioned wrestlers or people involved in the business past or present. That's why I said a young Macho Man might play a good Wolverine, heck imagine a Vince McMahon in 1999 playing Lex Luthor. Wait, don't but you get what I mean right? And plus a lot of wrestlers aren't really acting they're just reading lines , plus a lot of wrestlers who do just read lines because they don't connect with fans as wrestlers. So they maybe underrated all out like Dolph this time last year when he was Sheamus' Brogue Kick dummy. Plus as far a modern stars @king_saturn: actually hit one on the head with CM Punk they drug free superstar who cuts 10 minute promos. But remember they can always play small parts like Terry Funk in....

Think I have a couple more.

Batista - Who the hell is Drax? But yeah I'd like to see him as Bane.

CM Punk - BullsEye or The Riddler

Sheamus - Banshee (Tan him or spray or CGI some pigment but yeah.)

Jim Cornette - Dr Octopus (Except his accent so..)

Younger Undertaker - The Scorpion or Galactus

Maybe he does have is own comic store so who knows who he could play but somebody especially back in his prime. Imagine him doing the media tour with the ECW TV title?

Sandow? He's great on the mic with and the career he seems set to have as MITB winner he could be champion by the end of SummerSlam tonight. Bad enough play Ra's in a few years. He might be too young now but damn near talks like he's hundreds of years intelligent.

You know the thing about bald guys is you can imagine plopping almost any wig on him and walla. But yeah OsBorn would have been better than Dafoe in 2004 IMO. Cause you know he was less Twitter batshit back then. I'm trying to think of who else he could play. If you ever listen to his shoot he mention this page long promo Vince wanted him to learn

Wrestlers cant act. I wouldnt want them as any comic characters.

AJ Lee as the Wasp.