Which has the sexiest characters, DC or Marvel?

Sorry if this is a repeat question.

Depends on your sexual orientation

marvel, bit this question is totally a matter of taste

Most of DC's women dress up like whores. Marvel ain't perfect but better.

i do not read much of Marvel so i must say DC.

DC in a landslide

DC has a bunch too.

DC by far, I mean literally EVERYONE in the Bat family is ridiculously good looking, men and women

DC has a bunch too.

And yes that is my honest opinion and not just giving that answer so that my inbox doesn't get flooded by 100 replies on how Marvel/DC has hotter chicks.

Most Marvel women dress more appropriate, while DC women likes to show it off. I like cleavage so DC. They take pride that they are good looking while Marvel is all like UHHHH.

Unf. All the boy wonders have amazing assetts.

Though I am a bit biased towards the Red Hood's.

All superheroines (should that be your orientation) are 9 or 10's, so it's an endless stalemate.

Shouldn't this be "which company has the best artists?" That's essentially what it comes down to.

Overall sexiness? DC gets dragged down by Junior and Marvel possibly has a shot.

I like Spider Woman and also Wonder Woman Miss Marvel too and Fire Star. So off the top of my head I picked 3 Marvel and 1 DC. As for guys, I dont know but my guess would be probably superman for DC and maybe thor or captain america.

Sexiness is subjective naturally, and you can tell just by reading many of the replies in this thread. Gauging peoples ideas and perspectives about what they find sexy. A few people have referenced visual aesthetics, another artists, another characters wardrobe. All legitimate references as far as individuals personal ideas of sexiness. Sort of reminds me of real life and peoples inability to realize that physical attractiveness is something that isn't the same as sexiness. The two things can and often overlap but they are not the same, especially as far as how its applied to people. Oh and I don't think any one has posted it so far, but there will be people of the view that these are comic book characters, not real though their ability to be considered sexy is just lacking considerably. For many that is probably a true and sincere perspective.

In any sense your dealing with a persons individual tastes, imagination, ability to identify objective traits within characters and compare them to objective traits found in all things they find sexy, including real life people, probably the best reference for such things and also things like projection. Project such characteristics onto characters that might not strictly have them (or characters who are characters and by that virtue not real to have them.) Thinking of DC characters generally, I think of a lot of chaste, almost innocent, pure, characters, that try to hold very high ideals of honor and ethics? That also have strong fighting hearts and spirits. That can be way sexy. Think Wonder Woman, Superman, Supergirl, the Marvels. Batman has some of those but he has a nice dark grittiness to him, and a weight of the world type seriousness and he is intelligent and he is broody, and he is confident, capable and all that. Then you have characters like Catwoman who ooze sex appeal and sass. Characters like Harley who are quirky and unstable, which is a very special type of sexy. Marvel I think of X-Men first. You have a lot of very outspoken, proud, confident X-Woman, who really own their sexuality and aren't afraid to vamp it up. Emma Frost, Storm, Rogue, Psylocke, all have very persistent characteristics involving sassiness, sensuality, edgy or just being flirty. Some even give off a certain arrogant conceitedness, which can be sexy to many. Then the guys? Its like they cover all bases. Cyclops is a very DC like character. Colossus is the big, strong, muscular, 'simple' guy who is sensitive. Gambit the cocky, dirty, brash, confident, suave pantsman, Nightcrawler and Wolverine serve their own niches respectively, plus all those accents? Russian, Posh English, German, Southern, Cajun, and whatever it is that Storm does in TAS. Throw in Thor, Black Widow, Hawkeye, who can even invoke their real life movie counterparts for inspiration.

Anyway, I personally think Marvel does, because I can think of more characters faster that cover more areas. Not that DC doesn't have a lot of versatility, its just I can't think of such character as fast. Plus I do think they do try to go more the good and clean route (with the exception of Batman who is still kind of squeaky clean) where as Marvel has more rough edges, flaws, personality and character STDs.

marvel has the best redheads. PERIOD. dc has mostly brunettes that dress like hookers. marvel.

Any work by Greg Land. 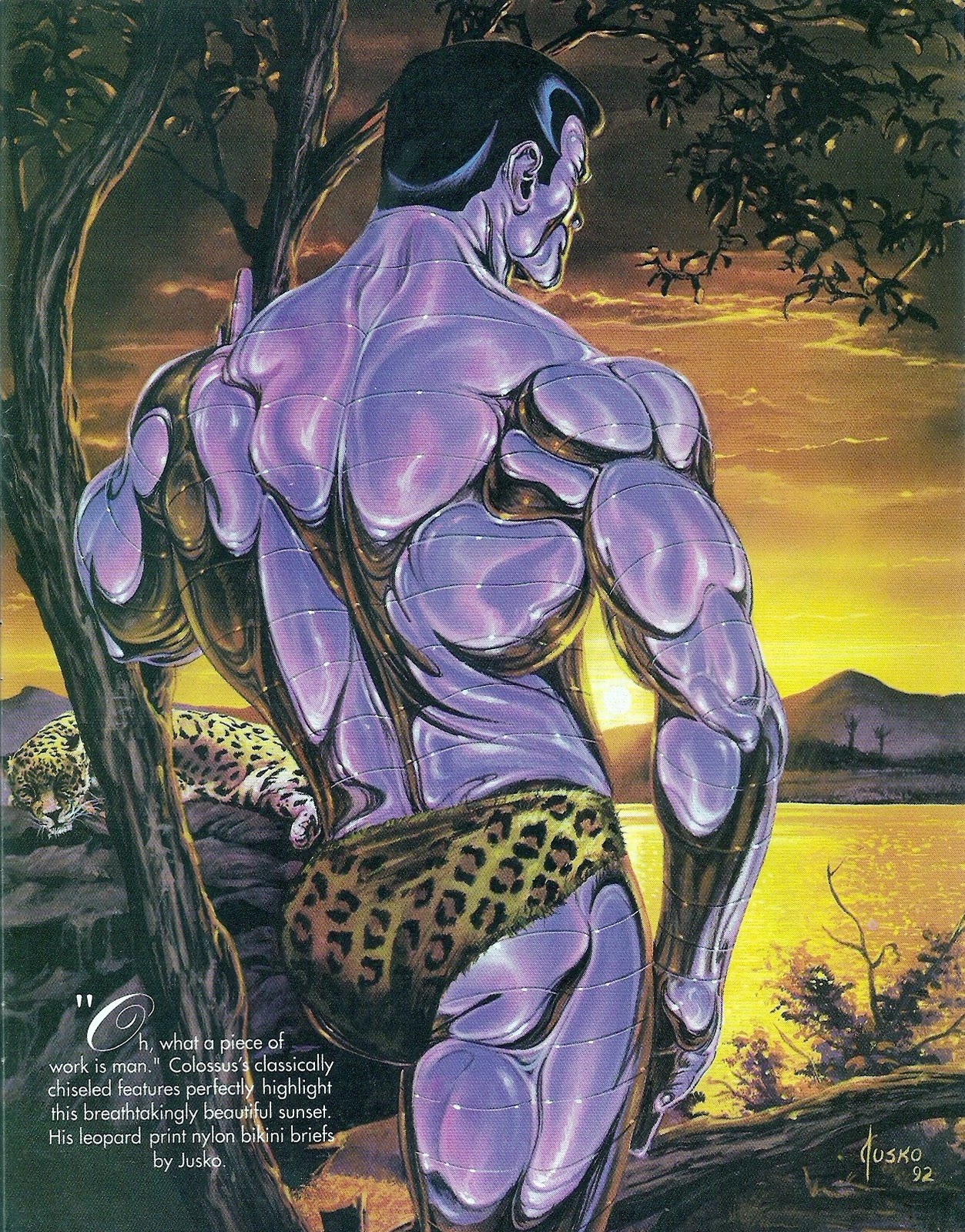 dc only because of pre flashpoint power girl

marvel has the best redheads. PERIOD

DC has some good ones too
8 years ago

Well, Marvel has people like She-Hulk, X-23, Elektra, and Black Widow. But, DC has Wonder Woman, Power Girl, Supergirl, Miss Martian, Huntress etc. So, I have to say DC.

Unrelated, but I also found this awesome gender-swapped Nightwing cosplay while searching for the above:

Notable for making the stick-on mask work. That's tough to do.

Normally I would say tie but...DC has Poison Ivy and Mera...

I'll go with tie. In my book, Marvel has Rachel Alves but DC has Rose Wilson.

Your not going to get a defintie answer because everyone has they own preference.

Gotta go with DC on this one, especially on men's department, DC heroes are way sexier

but in all honesty it really depends on the artists

Definitely DC, they win right off the bat with Poison Ivy