This topic is locked from further discussion.

It's misunderstood. Masterpiece is a stretch.

No, it's simply bad movie.

Everybody understands it's pure garbage.

No. And thats all there is to say about it

Didn't match the hype and was simply a rushed mess

It's over hated but it's no masterpiece

No. It was utter shite.

I think people are in general overly critical and nitpicky due to the initial backlash from the critics bias.

That said, OP must be trolling, I would've put it as a underrated alright to good movie but never a masterpiece.

It's misunderstood. Masterpiece is a stretch.

Didn't match the hype and was simply a rushed mess

It's a very ambitious cbm I'll say. It injects some interesting themes, challenges and struggles that I think many people don't typically want to see of the two title characters as well, in addition to what many may come to expect of a big budget cbm were everything is all happy with a nice bow wrapped around it at the end. The theaterical cut is a poorly put together film, while the Ultimate cut massively fixes things (for me at least) and makes it a great cbm i feel.

A masterpiece tho? ...nah. That title is awarded to films the level of The Godfather parts 1&2, ALIEN, Pulp Fiction, Schindlers List, The Empire Strikes Back, Raiders of the Lost Ark, TDK, JAWS, Saving Private Ryan, Inception, Blade Runner, No Country for Old Men etc…just to name a few. These are Masterpiece films

Thanks for the laugh though.

Depends on who you ask.

Everybody understands it's pure garbage.

Complete trash,this was DCs chance to come through with biggest comic book movie ever.i understand there was no joker. Heath ledger was dead but had they cast Christain Bale im tellin you the movie would have been alot better. Ben affleck ruined the movie plus the bad writing..complete trash but it doesnt matter the studio made hundreds of millions..thats all that matters..

No. It's wasn't the worst thing ever, but it was a muddled mess of a movie.

No, it's simply bad movie.

Terrible movie bad plot and a bad doomsday. Only WW made the movie interesting. The special edition is better though

Not a masterpiece, but not terrible.

It's a piece of shite.... but I guess I'm just to stupid to understand it's brilliance/I'm a huge Marvel fanboy/Not a fan according to Snyder/Blind Fanboys/The Studio/The actors.

it's the worse thing out of DCEU

It's not a masterpiece, given that even the Ultimate Edition still has some pretty big flaws in it (for example, for a movie called Batman v Superman it has very little of the two main characters even interacting with each other), but it certainly is underrated and overly hated. It certainly shouldn't be labeled as one of the worst comic book movies of all time like some claim it is (just try to claim that the UC is worse than Supergirl, Electra, Catwoman, or the majority of the Marvel studio movies before the MCU was started with Iron Man).

I think a big factor is how competitive the MCU and DCEU are right now with fans. This was supposed to be the DCEU's big movie and thus some of the disappointment for it not living up to what it could and maybe should have been. So on one side you have DC fans who don't want to accept that the movie does have flaws that hurt the film and on the other side you have fans of the MCU who act like it is nothing but flaws unlike most of the MCU movies. Think of it like american football. It's not usually the teams or the game that's the problem, but the fans who act like complete a$$holes to each other in the name of their teams.

It's a decent movie

Best movie of all time. Doomsday's look was the best part. Also Luthor. He was superior to this comic book counterpart.

@jumpstart55: BvS is okay to horrible depending on who you talk to. Watchmen was objectively awful, certainly can't justifiably be compared to V for Vendetta.

@haha_cha_cha: Objectively awful? A lot of people like Watchmen.

At best the director cut was okay, so NO!

Watchmen on the other hand ia a misunderstood masterpiece.

Yeah and Alex Jones is a misunderstood genius.

@haha_cha_cha: Objectively awful? A lot of people like Watchmen.

Best movie of all time. Doomsday's look was the best part. Also Luthor. He was superior to this comic book counterpart. 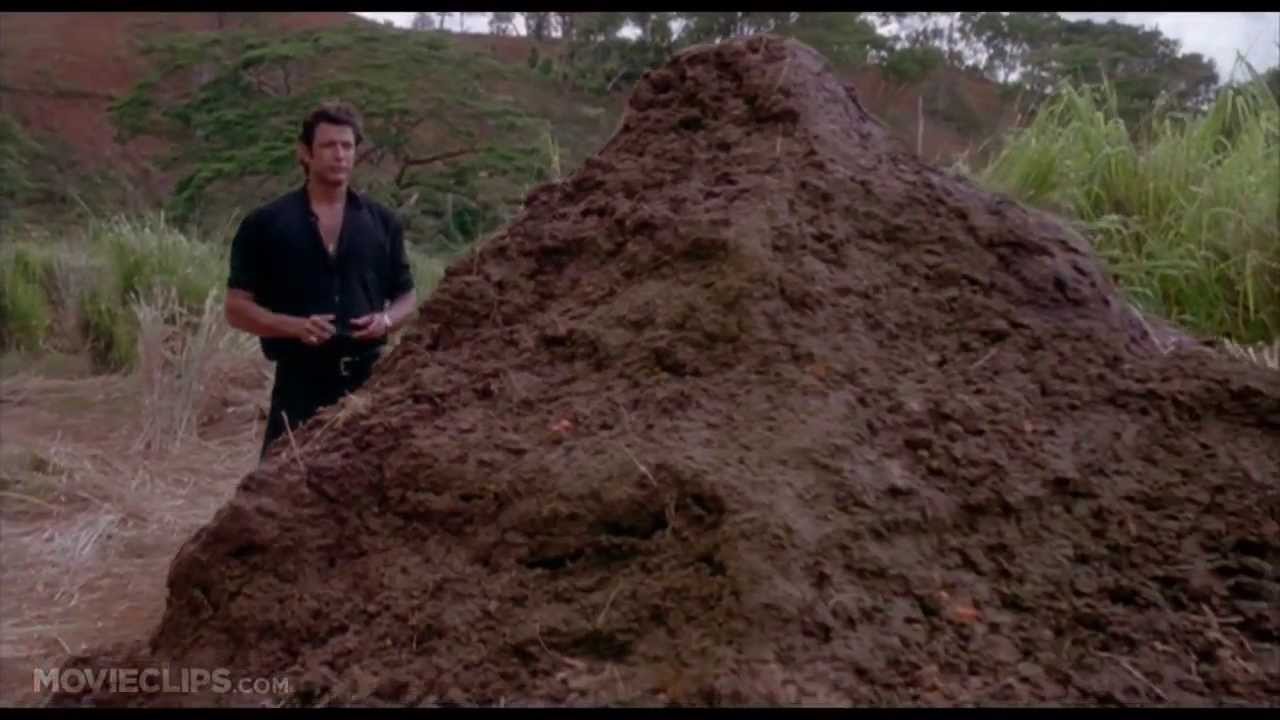 @saintwildcard: Come on man, turn your sarcasm detectors on.

This is a troll thread, but ill bite knowingly

Everyone knows its not a masterpiece, still, it's a bit overhated for a variety of reasons that have already been pointed out, but the real reason, the #1 cause of the nerdrage this movie ensues, is because it failed to challenge the MCU

It was doomed from the start. There's no way they could've lived up to that hype with no buildup films. It took Marvel years to build a shared cinematic universe, DC tried it on its second film, and it obviously failed.

A movie for dumb people who want to feel like they are smart.

A turd with a few pieces of gold in it.

@saintwildcard: 'To hate the movie is to hate the comic.'

The movie either contradicts or otherwise distracts from the themes and tones that made the book so great.

Prime example, Snyder's weird 'violence fetish'. Due to this strange inclination, the ageig-should-be-fat- nite owl and spetre are unnecessarily brutal in both of their big fight scenes, which weren't even supposed to be 'big' fight scenes which was the point (and if I remember right they even killed someone[s]) and they relish SOLEY in that fact. Instead of it merely being a thrill that gives owl the confidence to shake off (or arguably step into) his midlife crisis rut, they now seem visably aroused by the maiming of criminals (an act which WAS unique to Rorschach and part of the reason he was met with apprehension and feared by the hero community). They're no longer morally complex people but are strangely bloodthirsty 2D do-gooders. To add to that, the stylized violence makes these regular people seem like supermen instead of regular people which is one of the main tenets that made the story work. No more ordinary people doing extraordinary things by living out thrill seeking and at times self-indulgent fantasies. That part being pointed out by comedian is one of the biggest points of criticism from the book. He blatantly calls out those old super tropes that other comics were steeped in.

Also there's the fact that Adrian telegraphs his 'evil' intent. It's little suprise that he's the 'villain'. He also is decidely less remorseful in his act making it harder to see him as anything other than a villain. Which RUINS the point of the character. Adrian was a warm, compassionate character. No doubt until the end he was a good, and at they very least no reason to suspect he has some 'nefarious' sceme right away.

There's so much more but I don't want to derail the thread. The sum is, the movie focuses on all the wrong things and the story suffers immensely for it, and the subtle changes in character personalities holds them back from being fully fleshed as they were in the source material.

I would go as far to say you AREN'T a fan of the original work if you think the movie is one and the same in terms of quality.

I don't mind things changing in movie adaptations, most times I prefer to see somethig different than what i have already read. But these changes affect the themes that made watchmen watchmen. There were careless changes made by those two over eager writers and one over eager director.

That being said...Rorschach was perfect, and comedian was good which is a shame because the rest of the movie was trash.

I think Man of Steel is. I think Batman v Superman tried to be but missed the mark.

I think Zack Snyder took way too much heat for this movie. Watchmen and 300 show that he's a capable director when he's got a good story to work with. The writers should've received more of the blame, plus with a movie as big as this there was no doubt tonnes of studio pressure.

I for one think it's not bad, no masterpiece though. Some good scenes, nice aesthetic, but kind of messy. Lex was cast badly as well imo.

People can't accept that Snyder is the new Stanley Kubrick and that BvS was a movie ahead of our times.

Perhaps, we will only know when we see Justice League and wonderwoman and flash to see if the start was good

I think Man of Steel is.

I think people are in general overly critical and nitpicky due to the initial backlash from the critics bias.

That said, OP must be trolling, I would've put it as a underrated alright to good movie but never a masterpiece.

Yeah and just dropped off a misunderstood masterpiece in my toilet...