FanimeCon 2011 Cosplay: How Does FanimeCon Compare To Comic-Con?

Working with Comic Vine I have seen my share of comic book conventions- but I can't say I have been to very many anime conventions. This weekend I made my way down to San Jose for FanimeCon 2011- northern California's largest anime convention to see how it compares to Comic-Con. The expected turn-out was about 20,000 attendees; which is approximately the same size as San Francisco's Wonder-Con. And while the number of people that hit the big show this weekend was relatively the same as what I had been used to, the culture is vastly different. FanimeCon is a convention organized by fans and for fans, and it thrives on the passion of cosplayers and costume makers rather than being boosted by publishers. Unlike many comic book conventions where publishing companies like Image, DC and Marvel are present and prevalent- manga publishing companies like Tokyopop for example, did not have booths at FanimeCon. What is present, instead, is a plethora of independent comic book creators and self published artists and writers.

Sometimes when you hit a big comic book convention like San Diego Comic-Con, for example, you find that areas of the show floor like artist alley aren't nearly as densely populated as, say, the Warner Brothers booth. FanimeCon, however, is all about the artist and creator. Artist alley at FanimeCon is jam packed with fans looking to purchase original art work from some high profile artists as well as independent creators struggling to get their self published work seen.

Like many conventions I am used to attending, FanimeCon has panels- but they are completely different from anything I have ever seen. FanimeCon holds everything from Karaoke of your favorite Japanese anime theme song to all day screenings of new anime movies and series that have not yet made their way across the pond. Unlike Comic-Con, there is no DC or Marvel spotlight panel here at FanimeCon- but there are fashion show and costume contests galore. In fact, I actually felt a little out of place not dressing up! Many of the costumes are absolutely gorgeous- and I even got to see some cross-overs (Captain America and Iron-Man!) The experience was, overall, a lot of fun because the attendees were all about having fun, dressing up, and being themselves. I've included over 200 pictures of cosplayers from FanimeCon 2011 for your entertainment, so enjoy! Which are you favorites? Do you recognize some of these characters?

I think I've seen that Deadmau5 photo somewhere before.

It's not bad. Although I was a bit more impressed by what I saw at NYCC.

#4  Edited By ooochoa
@RedheadedAtrocitus: Her name is Linda Le =D
10 years ago

I like the Chun-Li costume. Most of these I dont even know...

Sweet, there are a lot of really good cosplayers in here!

What was the deal with the protesting that was going on outside? I was told that happens every year.

#10  Edited By NightFang3
@RedheadedAtrocitus: She looks like one of those chicks from Gantz.
10 years ago

#12  Edited By The Impersonator  Online

I love anime and manga. Although, I don't read manga that much but I do watch anime most of the time.

Oh and Tokyopop will not be at any US conventions cause today is their last day in America :(
10 years ago

#16  Edited By Eyz
Ah, cosplay. How it makes some of us who can't attend conventions envious...
And how it annoys some amongst the ones who can attend  them.

So that's where Wally* has been hiding. Tsk, been looking everywhere.

Bit too much Anime for my liking 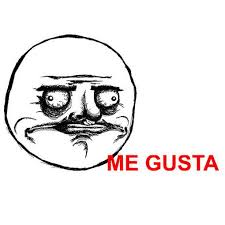 kudos to these guys for goin out and havin fun but....the majority of those costumes are Dogsh**

#25  Edited By Out_of_Space
It has good pictures. Seems like people there are having fun.
10 years ago

with the exception of the hot girls, cosplaying is lame

#27  Edited By weaponmaster
The pictures made my eyes vomit.
10 years ago

I'm surprised I barely recognize any of them. I need to read more manga/watch anime!!

#34  Edited By Doctor!!!!!
The Thing that is different is that Anime Convenrions usually have more hot women at them, or vice versa, I don't really know for sure.
10 years ago

That cowgirl with brown hat is Yee-ha!

It was all fun and games until the girl in the fail lady gag costume.
Also is Bobavine stalking you guys?

It was all fun and games until the girl in the fail lady gag costume. Also is Bobavine stalking you guys?

I liked the Gaga costumes, personally.
10 years ago

Thanks for the uploads.  Found myself in 2 pics.

The Thing that is different is that Anime Convenrions usually have more hot women at them, or vice versa, I don't really know for sure.

Don't get me wrong I like cosplayers but was it just me or did like 95% of those people just look weird or just plain fugly? Don't get me wrong the Umbreon girl, Tomb Raider, and the Cowgirl with the armored American bra, were all very "bonerific".

Those Chobits girls are adorable and Chii has some cute shoes

with the exception of the hot girls, cosplaying is lame

Nice job, Babs.  Thanks for sharing all these pictures, even if I don't know 99% of these characters as Cosplayed here, the costumes are incredible!

Well for one thing, Anime is like 90x weirder

Great costumes!! Love the couple with the MODOK heads.

Im digging the Deadmau5 with the Geass!!

#49  Edited By MFK300
@Jolt92:  That's a bit of an unfair statement dude. I know of plenty of conventions where there were tons of scene peoples. All I was trying to say is that Anime has a larger demo for females than comics. There are weekly and monthly publications that collect several manga geared toward females. Resulting in a larger female following for the medium.

Hey Babs, when you going to start cosplaying again... *drool*
10 years ago