Zatanna and Zachary Zatara vs Scarlet Witch and Wiccan 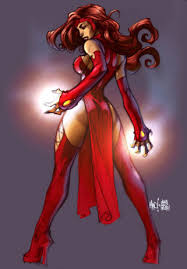 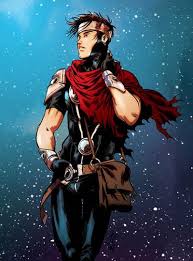 Team 2. Zatanna isn't very impressive and Zatara is extremely weak. Wiccan isn't much either, but Scarlet can solo.

team 1, a lot of ppl under estimate zatanna

Wiccan is extremely powerful but Wanda is the powerhouse her, she solos.

Scarlet Witch and Wiccan. Zee is powerful but scarlet will be able to either counter zee. Wiccan while still easily rattled is amazingly powerful and battle tested. He'll be able to take out zach without a doubt.

Billy needs to listen to his spells to work and speak more than two or three times, that is, he needs to use his mouth. Normally, spells without using the voice do not work. Also, it needs a lot of willpower and concentration, otherwise they don't work.

Wanda is sick, so she can be manipulated easily, either by magic or the way Zatanna did with the demon Mammon.

Zachary cannot affect human beings / living beings, that is, because Wanda and Wiccan are human, they cannot be killed by him (but he can hurt).

Zatanna needs to speak most of her spells. There are some that she uses without saying anything, just using her concentration and will, for example, to transform something into something else, transport herself and even discharge electricity strong enough to incapacitate Constantine.

They basically have the same abilities, but Zachary must be at a lower level than the others, along with Billy.

They can manipulate energy, fix things, manipulate reality and other almost limitless things.

Unlike most, Zatanna does not depend solely on her magic. She has had combat training since she was a child.

With less than five minutes, Zatanna demonstrated to learn a new way to focus her magic to fight a time manipulator, so that would be no problem.

Zachary can take Billy's mouth off, since it would leave him helpless, but Billy can try the same with Zatanna, which definitely wouldn't stop her. When Circe, with the power of Hecate, removed Zatanna's mouth, consequently, she cut her mouth with a glass to be able to speak again (yes, very heavy that). Wanda is not so sloppy, obviously, but with Zatanna's telepathy, she could easily be manipulated (or even Billy could be manipulated).