Thorbuster and Uru Armor Iron Man VS. Naruto and Sasuke 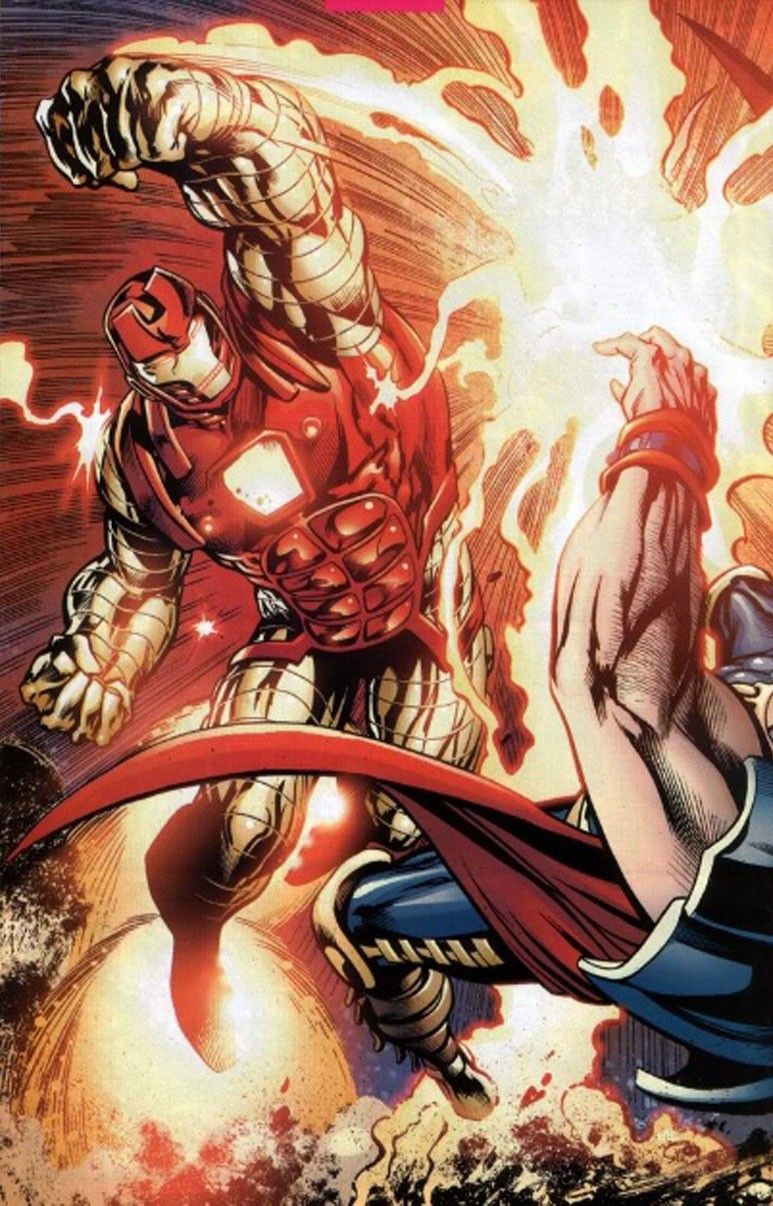 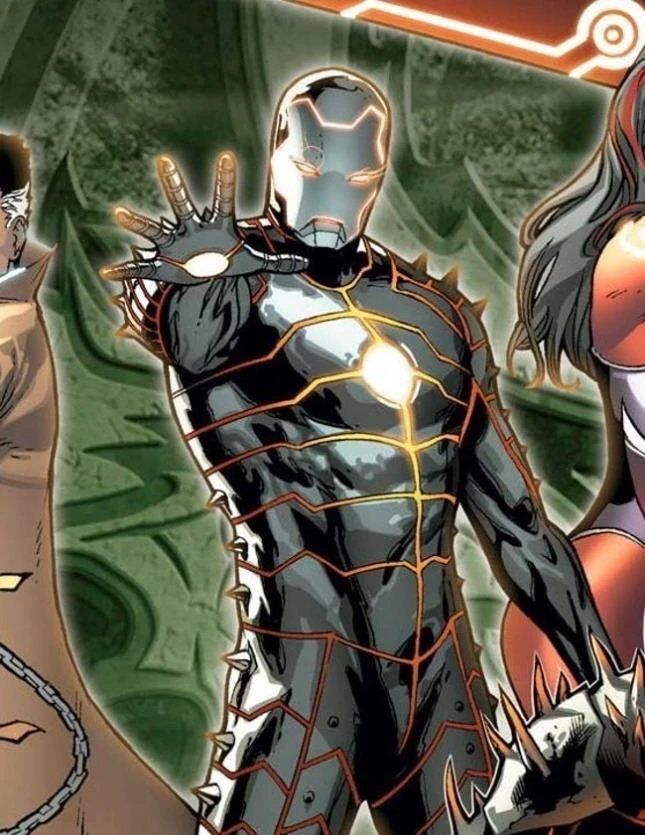 The Thorbuster Armor and Uru Armor 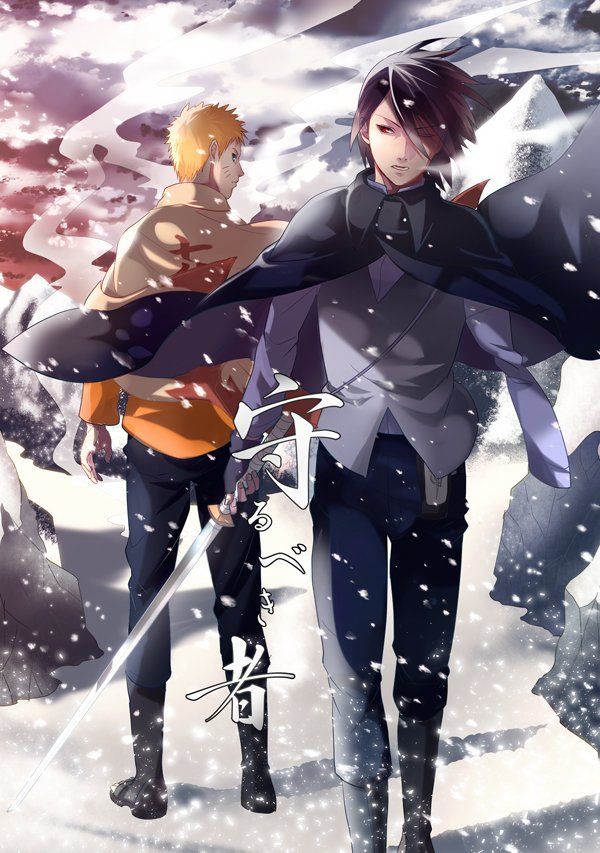 Team 1 stomps. Thorbuster gave King Thor with the Odinforce a fight. The Uru Armor is supposed to be just as strong, if not stronger.

@bigmoistjunior: Well i read it as iron mAn instead of iron mEn vs team

@djt2020: Oh. I mean technically it is Iron Men, since there are two of them.

Either armor can solo

Either one on Team 1 can solo.

Iron Man in his regular armors would not be outclassed by Naruto so it's pretty easy to scale his uber god armor above.

Either armor can solo

Either one on Team 1 can solo.

@bigmoistjunior: Nothing the duo can do to the armors, while the armors have several weapons to destroy the duo.

@ecstaticgrace: Thorbuster gave a good fight to King Thor with the Odinforce. That's way above anything the Naruto team has done. The Uru armor is supposed to be just as strong, if not stronger. Amaterasu is useless because Tony has high heat resistance and won't do anything. They are too durable for them. They literally need one hit to defeat them too. They can't make use of TSB or seals if they get one shotted.

@goldenknight100: The Naruto team is way faster than the armor, have seals that would get rid of them and the whole point of Amaterasu is the fact their never ending flames your mixing and matching armors too. What heat resistant feats do either of these armors have to suggest their surviving flames that I believe in the data books are suggested hotter than the sun

@goldenknight100: The Naruto team is way faster than the armor,

Iron Man has kept up with the Living Laser, one of his villains, consistently, who is light speed, many times, even in weaker armors. He's kept up with other light speed characters like Spectrum too.

have seals that would get rid of them

They would get one shotted before making use of it. They won't immediately use it.

and the whole point of Amaterasu is the fact their never ending flames your mixing and matching armors too.

Again, Tony has high heat resistance. It won't do anything.

Iron Man has tanked nukes, and nukes are 50 to 150 million degrees Fahrenheit. That's above the Sun's core temperature, which is 27 million Fahrenheit. Amaterasu is hotter than the surface of the Sun, which is 9,941 Fahrenheit. That's nothing. Tony also survived being dipped into Odin's forge. Tony could also just absorb Amaterasu, as he has thermocouples, where he can absorb heat based attacks. This would amp his armor.

I said he gave a good fight. He tanked his hits, punched him hard enough to send him flying. Even before absorbing the Odinforce, Tony sent him flying with a punch and that made Thor wipe his lip. That's better than anything the Naruto team can do. If that punch made King Thor sent flying before absorbing the Odinforce, I don't see how the Naruto team is even tanking it. Uru armor is supposed to be just as strong, if not stronger.

@bigmoistjunior: The Thorbuster Armor fought King Thor and did pretty well. The Uru Armor is an amped Bleeding Edge Armor with enchanted Uru. Can't see either Naruto or Sasuke hurting these armors at all.

No. SO6P and up should beat Tony in Bleeding Edge. But since the Uru Armor is an amped version of the Bleeding Edge with enchanted Uru, Naruto and Sasuke can't hurt him. Same with Thorbuster. These armors should definitely win against them. Either armor might even be able to solo tbh.

Sending King Thor flying with a punch doesn’t mean that it’s on the same tier as King Thor either. I’m not trying to take away from the armors or Ironman but Thor is 600lb being. On top of the fact that Ironman hurting him doesn’t suggest Ironman can contend with him. It’s like saying Namor made Thanos bleed so using Thanos as a benchmark for Namor. Iron Man survives nukes, which again are 50 to 150 million degrees Fahrenheit (this is hotter than the core of the Sun): 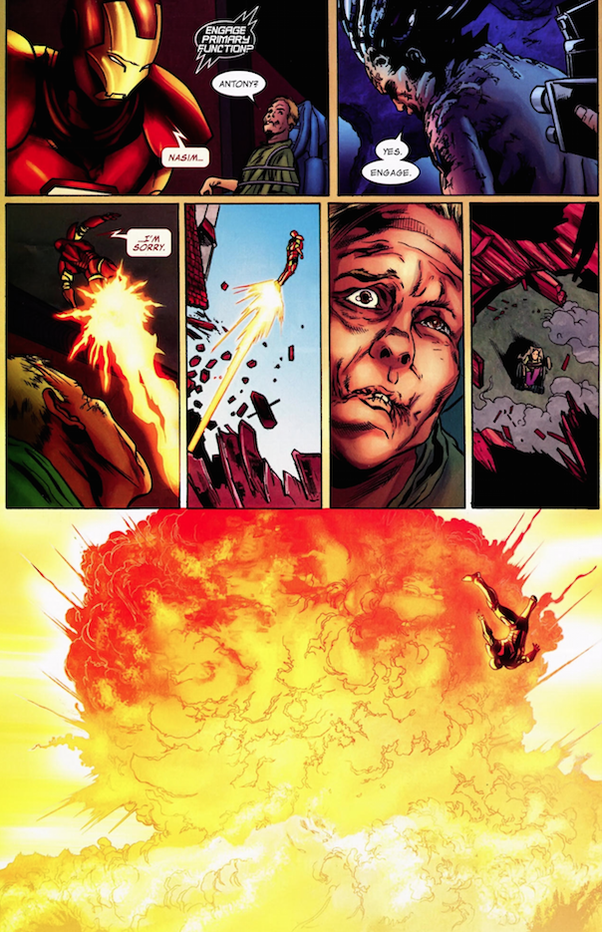 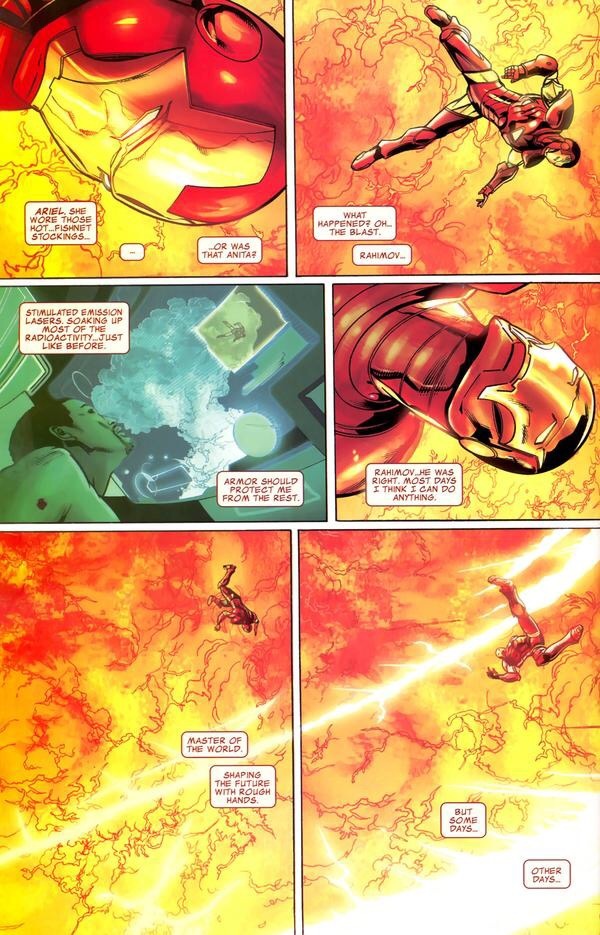 Survives Odin's forge (this is how the Uru Armor was created):

I don't know why you think Amaterasu will do anything to his armor.

Tony can absorb heat, like fire, and amp his armor:

I never said he was on King Thor's level. He just gave him a good fight. Iron Man sent him flying without absorbing the Odinforce. This is the first and last time we say Thorbuster. We use these feats to show what Thorbuster is capable of. Without them he's featless. Thorbuster gave King Thor a fight. Period.

@ecstaticgrace: I'm saying none of that matters is because Tony has counters to them. Amaterasu is absorbed into the armor. Seals won't work because if they tried to seal one of the armors, the other armor can intervene and help the other armor before it gets sealed, or both Naruto and Sasuke just get one shotted before even using the seals (I'm also pretty sure Adult Naruto and Sasuke have no seals anymore and Adult Naruto does not have the TSB in his SO6P form anymore, so there goes their only chances of winning). They probably won't use seals immediately anyway, even though they don't have it anymore. Team 1 literally needs one hit in to win. All of the scans I showed you happened in weaker armors than the Thorbuster and Uru Armor. If the Thorbuster sent King Thor flying, then that will just one shot Naruto and Sasuke. Unless you think Naruto and Sasuke >>> King Thor with Odinforce. If Thorbuster without absorbing the Odinforce hurt King Thor, Naruto and Sasuke are screwed. I also don't know why you are thinking Thor being 600 pounds has anything to do with the Thorbuster sending him flying when it's all in the durability. Durability is all it matters. I guess by your logic Iron Man's punch can send MUI Goku flying since Goku is like 200 pounds, even though he has like universal durability. Do you see how ridiculous that sounds? Thorbuster sent King Thor flying without absorbing the Odinforce, and that has nothing to do with Thor's weight, just shows how powerful the Thorbuster armor really is. We use these feats for Thorbuster as that's the only feats we can gather from him. This was like the first and last time we saw from Thorbuster, so again, we have to use these feats. There are no low end or high end feats for Thorbuster as we only saw from it once, unlike Namor, who is nowhere consistently at that level as he has other multiple feats to prove where he is consistently, unlike Thorbuster, who only has one showing. That was an absurd high end feat for Namor too, and I'm pretty sure he broke his bones. Since Thorbuster has no other feats that drag him down to put him consistently on a level, like Namor (who has other feats to drag him down where he is consistently and is nowhere on that absurd level you said), we use these feats for Thorbuster, since again, there are no low end or high end feats for Thorbuster since we only saw it being used once, not multiple times to see where it's consistently being portrayed, unlike Namor, who has. So we use the feats that were shown for the armor. But it seems to me you are denying them. Ignoring them is just downplay. So as I said before, Team 1 stomps.

Naruto team stomps with each member soloing. The Thor buster only fought featless non canon King Thor whose feats would be laughed at by 616 unworthy Thor and the Uru armor is nigh featless. Naruto and Sasuke in their adulthood >>> Juubidara/Kaguya who already cuck these fodders.

One truth orb would wipe them out of existence.

@supremegeneration: Even before absorbing the Odinforce, Thorbuster sent King Thor flying and made him wipe his lip. The Uru Armor is supposed to be just as strong, if not stronger. I mean it's the Bleeding Edge Armor but way more stronger, this time with enchanted Uru.

Jesus Christ.... light speed Iron Man is the dumbest thing I’ve seen on CV in a while.

@blackspidey2099: If there's proof to show it, then I don't see a reason to deny them, especially when Tony consistently keeps up with the Living Laser, one of his villains, Spectrum, and Quicksilver.

@blackspidey2099: I didn’t even want to address it.. not to mention the fallacy of allowing armors to share feats ... I can easily post that scan of the Model 42 armor failing to keep up with a speedster going close to light speed...

@ecstaticgrace: And I can show you a bunch of times Iron Man keeping up and tagging charcters like Quicksilver, the Living Laser, and Spectrum.

@goldenknight100: Quicksilver isn’t consistently light speed his ownself. Tagging someone isn’t keeping up with them. Ironman isn’t as fast as Spectrum. The only instance I can think of is when he absorbed her which didn’t really involve him having to outspeed or keep up with her.

Not to mention all of that is faulty given it doesn’t prove the armors here are as fast as the armors your trying to suggest can keep up with light speed movement.

You could also look at the others scans I showed on the other post for Iron Man keeping up with the Living Laser.

Iron Man outruns Spectrum then tags her right after:

Most of this happened in older armors too. Modern Armors >>>> Older Armors. However, may armors are different. Some are even downgrades. But some armors could also scale to other armors too. But the Thorbuster and Uru Armors are not downgrades at all, they are upgrades. Way better than Tony's common armors that are used. They scale above Tony's other armors. They are one of his strongest armors. Now I'm not saying Thorbuster is light speed (even though he reacted to Mjolnir, but I'm going to ignore this). However, the Uru Armor might be as it is the Bleeding Edge Armor but with an upgrade, and I already showed Bleeding Edge Armor keeping up with the Living Laser. Also Tony did tag light speed characters. Sure that might not make him light speed in that way, but that can show he can tag Naruto and Sasuke if he can tag characters above lightspeed.

@blackspidey2099: If there's proof to show it, then I don't see a reason to deny them, especially when Tony consistently keeps up with the Living Laser, one of his villains, Spectrum, and Quicksilver.

Here’s more than a couple reasons to deny it.

@blackspidey2099: I’ve already saw that thread, and you could do that with every other character. Just look for their low showings where they got tagged by far less. I mean in the same thread, some people already addressed this. I’m also pretty sure that was a bait thread too. But just believe what you want lol.