Kenpachi is taking the W. Not even a match

It's a bad match up for Kenpachi. Luffy will win.

Energy manipulation/ transmutation (all at a sub atomic lvl)

Luffy folds him tbh. Too versatile and Kenny is a statue

Kenny is a weaker Mihawk. Why would he beat current Luffy, let alone solo the verse lmao

Does EOS=current Kenny with novel feats?

All I'll say is Kenpachi can't win with just Gremmy's meteor scaling, if you have him at planet lvl as some through novel scaling and what not then sure he wins I guess.

Luffy wins. Kenpachi is never tagging him (FS ofc) plus he has internal damage. Ken will eventually go down. Not even mentioning his new transmutation/toon powers.

Kenny can one shot but he's much slower. Idk.

Bankai is too much

Agree with Luffy´s victory here. In terms of DC he can use the internal damage to ignore Kenny's durability. Combine that with future vision... curiously Luffy takes advantage precisely of his special abilities against an enemy like Kenny who is almost all physical. 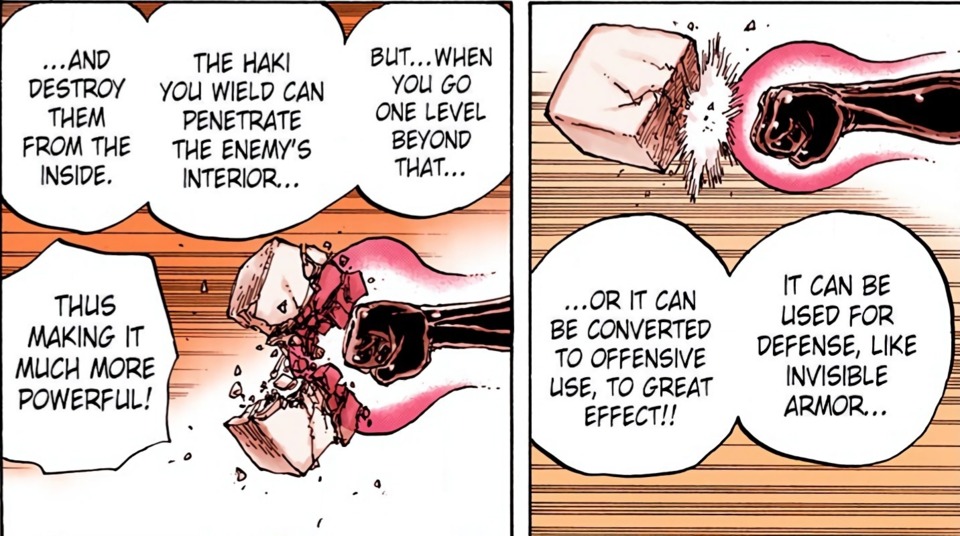 Also, I'm not sure if Kenny will beat the toon factor. Using normal punches surely not. And while it has been said many times that Luffy is vulnerable to cuts or stabbing weapons, current Luffy has already taken such hits head-on and hasn't taken any damage.

And this is Luffy pre toon powers. Of course, we haven't seen everything Luffy Toon is capable of yet. It would be necessary to observe what happens from here in the future, but I think that with what has been exposed it can already be affirmed that Kempachi loses.

More true than every now with the latest chapter.

I am genuinely wondering how people view Kenpachi's physicals in comparison to Luffy, now.

I am genuinely wondering how people view Kenpachi's physicals in comparison to Luffy, now.

Bleach fans probably think he can bench press a moon.

Why are you treating it like it’s some big task with an air of plume and defiance? It’s truly not, and Kenny can one-shot anyone in the verse if they aren’t using Logia…

In Bleach Chapters 576-577, Kenpachi was fighting Quincy Gremmy, who proceeded to double himself and double his powers, summoned a large meteor above the area of Seretei. Kenpachi uses his ‘Zankaputo‘ of the name of “Nozarashi“ and then destroyed it.

This feat is above large-country level, possibly even continental level… it also yields energy solidly above continental, IIRC. Anyone who gets tagged by this in the verse gets turned into jelly or worse: ash or dust.

Kenpachi Blitz and one shot

Base Kenpachi solos the damn verse, my goodness.

luffy turns his sword to rubber and stomp him

Kenpachi's country busting meteor scaling isn't anything impressive to put his physicals above current luffy and kaido. Doflamingo already dealt with a meteor on that level and he's 3rd yc tier in wano.

@nicov: Too bad kenpachis internals are just as tough as his exterior

Luffy beats pretty much everyone before TYBW. He doesn't stand a chance against any of the primary characters in TYBW arc of Bleach. It is doubtful he could even hurt Kenpachi. He certainly ain't dodging shit in G5. G5 does not have a good look so far outside the fun cartoony bits

I reconned you take a look at kenpachi's profile

Gear5 is too much for Kenpachi, he's a brick and too slow

Depens on the spoilers next week.If the punch destoyrs Oni,Kenny is done

Man Luffy's new power sucks ass ain't even do that much damage to Kaido with it and yet people act like punching through Kenny's head is gonna do anything smh. If Kenny has novel feats he solos the verse i'm sure, even without them what is Luffy gonna do except die?

@undre: dude you are just underestimating kaido's durability just because it does nothing to kaido does mean it won't do anything to kenny

Base Kenny can be scaled to Multi Continental. This alone is above anything in OP, once you include Bankai and Eye-patch, you're looking at Moon level bare minimum.

Base Kenny can be scaled to Multi Continental. This alone is above anything in OP, once you include Bankai and Eye-patch, you're looking at Moon level bare minimum.

U don't even think b4 wanking anymore eh?