I have truly enjoyed the entire Fear Itself: The Deep series and Cullen Bunn and Lee Garbett make a wonderful team. Garbett's rendition of the characters involved in The Deep # 4 issue especially the various Defenders that made a special appearance was truly amazing. The visuals for the entire series and the introduction of Aradnea has been very appealing and I look forward to more of Garbett's work in the future. The in depth look of Attuma as Nerkkod of the Worthy was spectacular and he was a villain you did not want to mess with after this issue. The initial ensemble of Namor, Dr Strange, Silver Surfer, Savage She-Hulk and Loa as the Defenders had great balance in terms of power, teamwork and personality. I didn't know much about Loa before reading this series and I have truly enjoyed her character and awesome powers. One of my favorite parts of this issue was the former Defenders from the past that came together to help against Attuma and his forces. It was nice to see Devil-Slayer and Cloud make a suprise appearance!! Heck, another Defenders series would be amazing if Bunn and Garbett could make this happen!!

It was kinda predictable of what would happen to Attuma as Nerkkod if you have been following the entire Fear Itself series because you knew he had to be at the final battle against the Avengers. I enjoyed the entire cast of the Defenders in this issue and hate to see them break up.

This issue and entire series was well written and had amazing art. It gave love to some of the Defenders and villains that would be considered obscure or B/C class characters.
Load Comments

Other reviews for Fear Itself: The Deep #4 - Part 4

As a tie (or at least what you expect from this kind of project) in this mini series was ok, especially in comparison with the tragedy that were Fear Itself X-Force and Wolverine, unfortunatelly Cullen Bunn prefered to make a very standard and basic story, failing to deliver a great reunion amongst the Defenders (or at least the avatars of the originals), leaving only expectations towards Fraction/Dodson new ongoing series - like I said the story was very unoriginal, in which the heroes Namor, L... 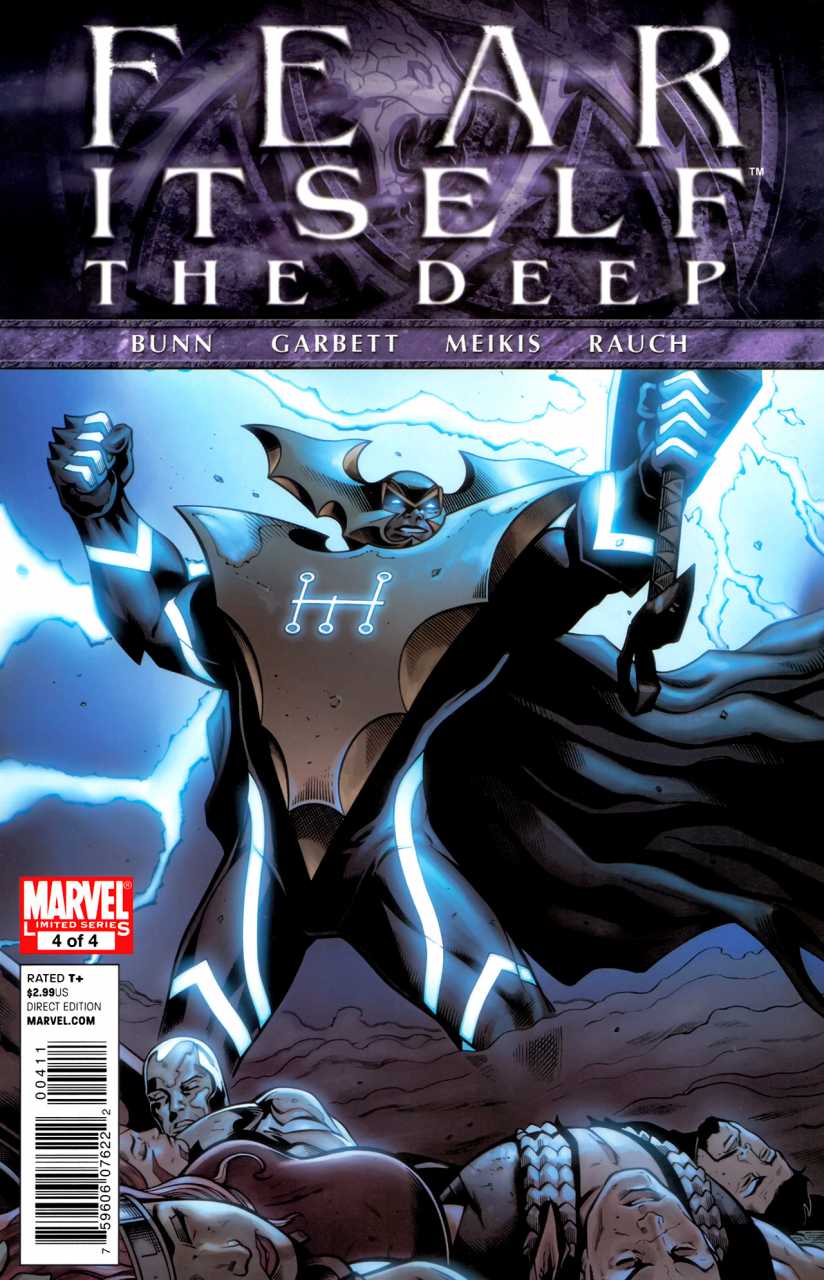