theacidskull's Fantastic Four #5AU - The Death of the Family Richards During the Bloody Age of Ultron! or, "Everything's Going To Be Okay." review

last issue i said that matt Fraction was making a amends to his previous work, But he decided that it was time to prove me wrong, considering that this issue was just as terrible as the other age of Ultron issues.

Anyways, i'll start of as always with the art, which wasn't really that great. It was ok and some of the pages were actually pretty nice, but some of the action sequences and the faces seemed mediocre to me at best.

As for the story, as usual , everything is rushed and nothing makes sense. I understand that Franklin is a reality warper, and Valeria is extremely smart, but it was fairly irresponsible of both read and sue for leaving their kids unattended like that, i get that the other wanted IMMEDIATE help but reed is a genius so i don't know why he acted like this. Also, the confessionals or the leaving notes for the kids were nice but matt again did something that REALLY rubbed me the wrong way, he established, that ben grimm, had in fact been responsible for dooms creation.....WHERE.DID.THIS.COME.FROM? is this why ben has been in a bad mood ever since they left earth? doesn't make any sense because this never seemed to bother him. I hate retcons, and this would definitely qualify as a BIG one. i hope This is better developed as the series goes on, but even so i hate this idea, Ban had NOTHING to do with doom, and it should stay that way.

Also the deaths were kind of idiotic as well, aside from the thing getting swarmed, there was no real tension or sadness to them being destroyed. Reed sacrificed his life for sue and she didn't even cry, in fact she was just fine afterwards, which makes sense cuz, you know, it's not like MOST OF HER FRIENDS HAD BEEN SLAUGHTERED LIKE GOATS OR ANYTHING HAHA!

This was absolutely terrible, i can't express how horrible this is. i hope, that the rest of the series doesn't stay like this, because it has been good so far, and lets just hope this little concept of ben somehow created doom is either abolished or forgotten.

Recombination: It's NOT clobberin time....

Other reviews for Fantastic Four #5AU - The Death of the Family Richards During the Bloody Age of Ultron! or, "Everything's Going To Be Okay."

Fantastic Four #5AU - The Death of the Family Richards During the Bloody Age of Ultron! or, "Everything's Going To Be Okay." by wmwadeii on August 25, 2013 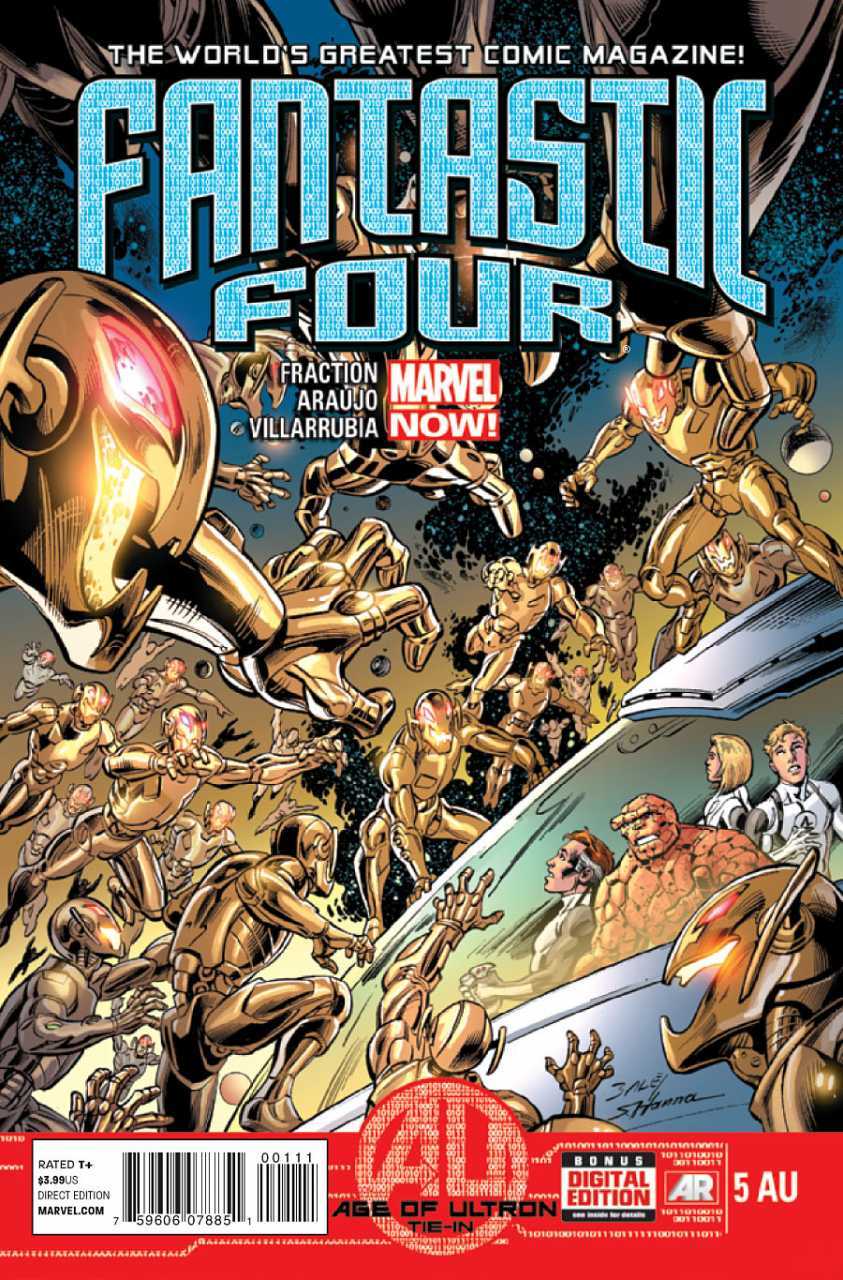