A violent cycle of freedom Peter Milligan and Ted McKeever has unleashed upon the world.  The idea of absolute freedom into The Extreme.

I won't spoil to you how the man above, Mr. Tony Murphy, got his hands on the Extremist suit.  The seeds to this moment have been present since the first issue when Judy sees Tony on the steps and doesn't even know his name.

Now Tony helps us to understand the question first asked: "Do we define the costume or does the costume define us?"  Now trapped in this pornographic world Tony falls from grace, his home in which was safe and Mundane.  Now tasting the freedom Tony seeks to understand The Extremist at all costs: Trying on the suit, listing to the tapes and even find "The Order".
By each character who wore the Extremist suit recording their experience, it seems to side with the idea of the Persona being a "Symbol".  Each person had their own life and own experience, but boiled down it was the life of The Extremist.  The Extremist became a life of its own, much like how Batman is the life of Gotham, The Extremist is the life of Sadism.

In an age where Grant Morrison gave us the term hypersigil, this mini series is very much a hypersigil of pleasure and freedom.

I recommend the series as a great read.
Cheers
- Silkcuts
Load Comments 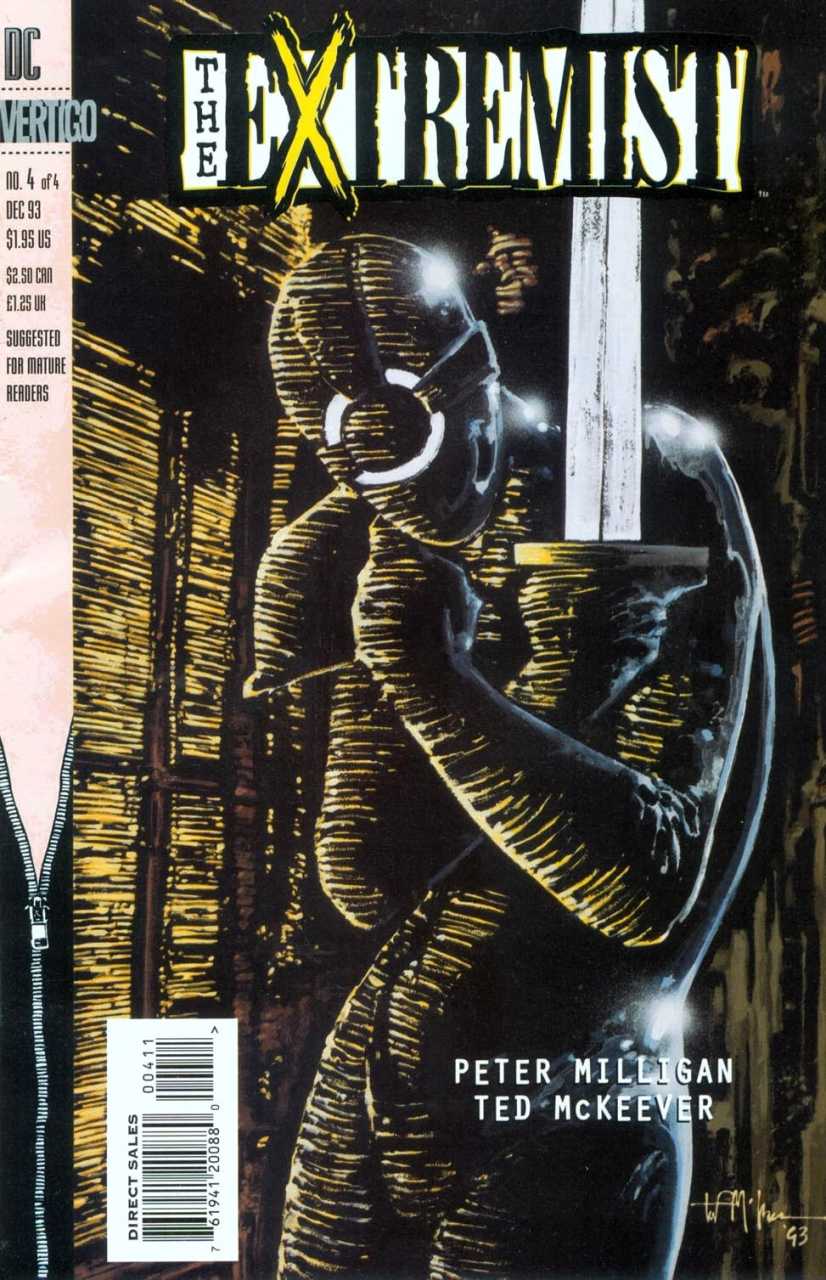