Brian K. Vaughn and Tony Harris' series Ex Machina has an amazing beginning that doesn't dissapoint. Vaughn's writing is outstanding here. The story is gripping and very different than anything I've ever read before in a comic, and I loved that. In addition to this the characters are memorable, and the book has a suprising amount of humor intigrated into it that made this book even more enjoyable. Also, while I've praised Vaughn's writing, Harris's art must also be mentioned. His art fits the book beautifully, and every character he draws looks great. The backgrounds are also impressive since their highly detailed.

While the dialogue was one of the highlights in the book, it had it's missteps. At times the language did seem a little over the top, particularly when Hundred is calmly speaking to a reporter in one panel, and in the next drops the f bomb. Wasn't he justy trying to act cooly around her so she wouldn't write about him in a negative light. Also, there where times when Harris's art looked a little weird to me. One example of this was during the 1970's flashback, where some of his shading made Mitchell look like he had snot coming down his nose.

In conclusion, Ex Machina is a must read. Vaughn and Harris present us with a modern, unique, and interesting story that will leave you wanting more by the time you're done reading it.

Other reviews for Ex Machina #1 - The Pilot

This is a series that lives up to the hype and goes far beyond it. I'm not exaggerating when I say this is one of the best works of fiction I've seen that is inspired by the events of 9/11. This is not a superhero comic. The main character used to be a superhero, yes, but don't think this is like anything in comics you've read. It's surprisingly political, yet personal. Only time will tell, but I believe this is a masterpiece.... 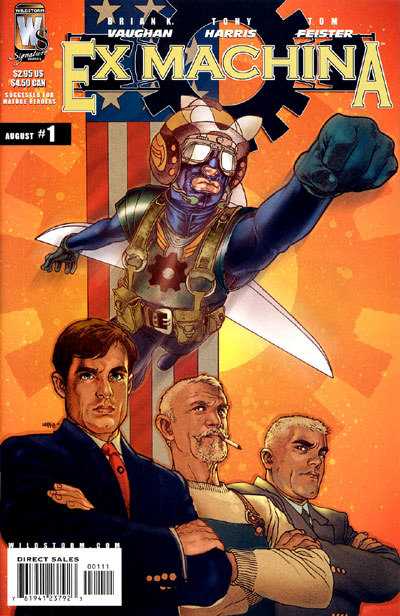 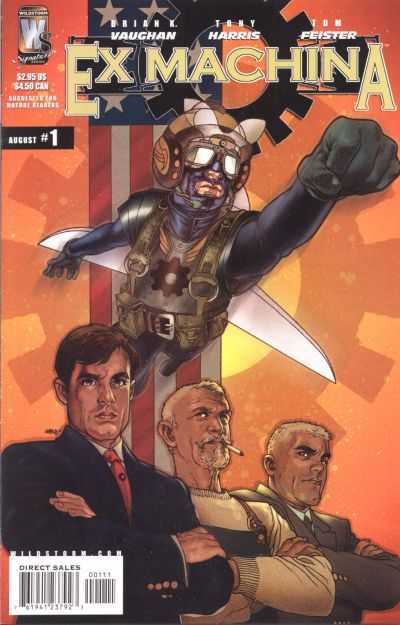