johnkmccubbin91's East of West: The Promise #1 - Volume One review

East of West: The Promise Review

Jonathan Hickman does a terrific job of combining a futuristic tale with the western genre. I personally have enjoyed the mixture of sci-fi and westerns in comics, being a huge fan of Cowboys and Aliens. This series from Hickman however makes that along with anything else attempting to do similar look average. Hickman doesn't just create a terrific story, but he also adds in legendary characters like the Four Horsemen of the Apocalypse, making minor changes to make this version of them unique. On top of this the dystopian feel also adds a lot of grit and tone to the story, with the character depth also being outstanding.

Nick Dragotta simply amazed me with the artwork that he produced throughout this story, with the detail being truly outstanding. It is however the way that Dragotta shows emotion that I enjoyed the most, as throughout the characters facial expressions he was able to add a lot of tone and impact, also adding some intensity at times. Dragotta also didn't shy away from gore, with some of the bloodier sequences being extremely graphic, much to my liking. On top of this colourist Frank Martin would add a brilliant finished look to Dragotta's fantastic artwork, with his colours being very vibrant at times.

Check out my full review at Imagination Centre.

Other reviews for East of West: The Promise #1 - Volume One

I have absolutely no idea what I just read. 0

When this particular book was suggested to me it was said to be very "Hickman" and after reading it you could replace "Hickman" with indecipherable and have no problems. You see when you read a book that is the opening arc to a creator owned series you should A) At the very minimum care about at least one of the characters and B) Have some type of grasp on how the world works. I did neither, the characters were confusing and somewhat bland and the world was confusing and somewhat bland. (Spoi...

I've been a Marvel fanboy for a long time, and it's not very often that I stray from X-Men or Spidey comics; it's a little narrow-minded of me, yes, but it's what I've grown to enjoy. Usually, I go straight to Image, looking for some good books to really delve into, and, as it so happened, two series were cried to the highest of heavens that I couldn't resist taking a gander; they would be Saga and East of West, the two series that everyone's talking about. Saga I found to be pretty great, but ... 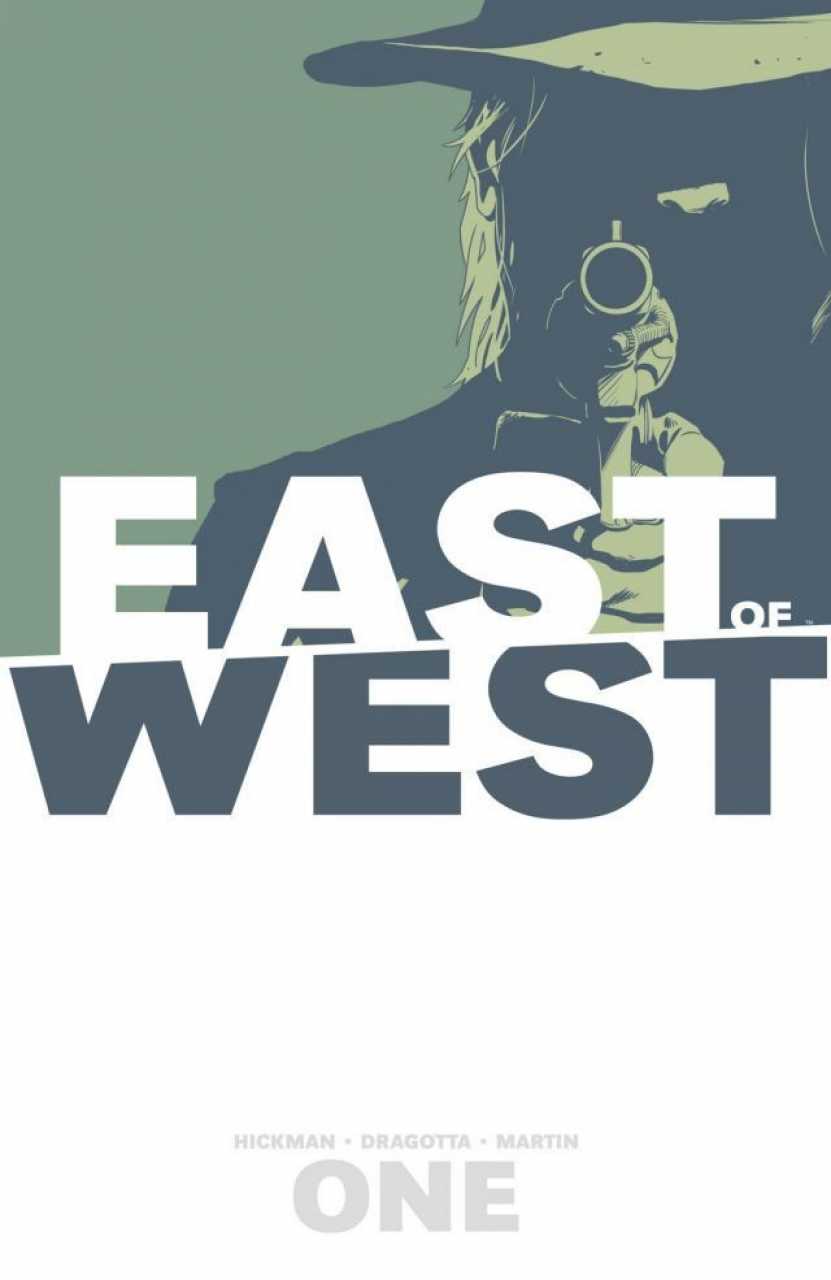