This was the issue I was waiting for!   We’ve had some great setup with some action here and there but here we finally get a huge battle in this issue.   Brian Wood’s storytelling and Rebekah Isaac’s art continue to be married perfectly into this incredible story.

Good storytelling is about balance.   As we’ve progressed through the series I think for the most part this creative team has kept a good balance.   Some issues read a little slower than I would’ve liked but they were usually followed up by something really cool.   But after straddling the fence for so long we finally come to an action heavy issue.   I finally get to see Bliss’ tribe in action (not a spoiler, it’s in the solicit).   Although, I won’t say which deviant she decides to go after.   It is beautifully done and had some amazing fight scenes throughout.  I can safely say Isaacs has no problem drawing huge battle scenes.   I can’t wait to see what else she’s got in the last two issues.

The alliances that Wood has allowed the Dv8 members to form are really interesting.   The decisions seemed to be based on the fact these kids have known each other for a long time and have always known who they would side with if things went south for the team.   Each of their reasons so far have been well thought out and have added an interesting dimension to some of these characters.

Because this issue was mostly action I unfortunately don’t have too much more to say about it.   But I can say I was completely satisfied with it because it was certainly something I had been waiting for.   One interesting side note that I think may have helped this issue is that it doesn’t focus on the Dv8 member you think it will.   In fact, it kind of teases that story but then moves on to the battle I’ve been raving about.   It’s the first time so far in the series that Wood broke the pattern.   That might have been another reason I liked this so much because I wasn’t expecting any of this.

Just two issues left and I love where this series is going.   I have never enjoyed these characters as much as I have during this mini-series.   I’m so glad Wildstorm finally let Wood do this story and I’m excited to see what happens next.

Other reviews for DV8: Gods and Monsters #6 - Teenage Riot 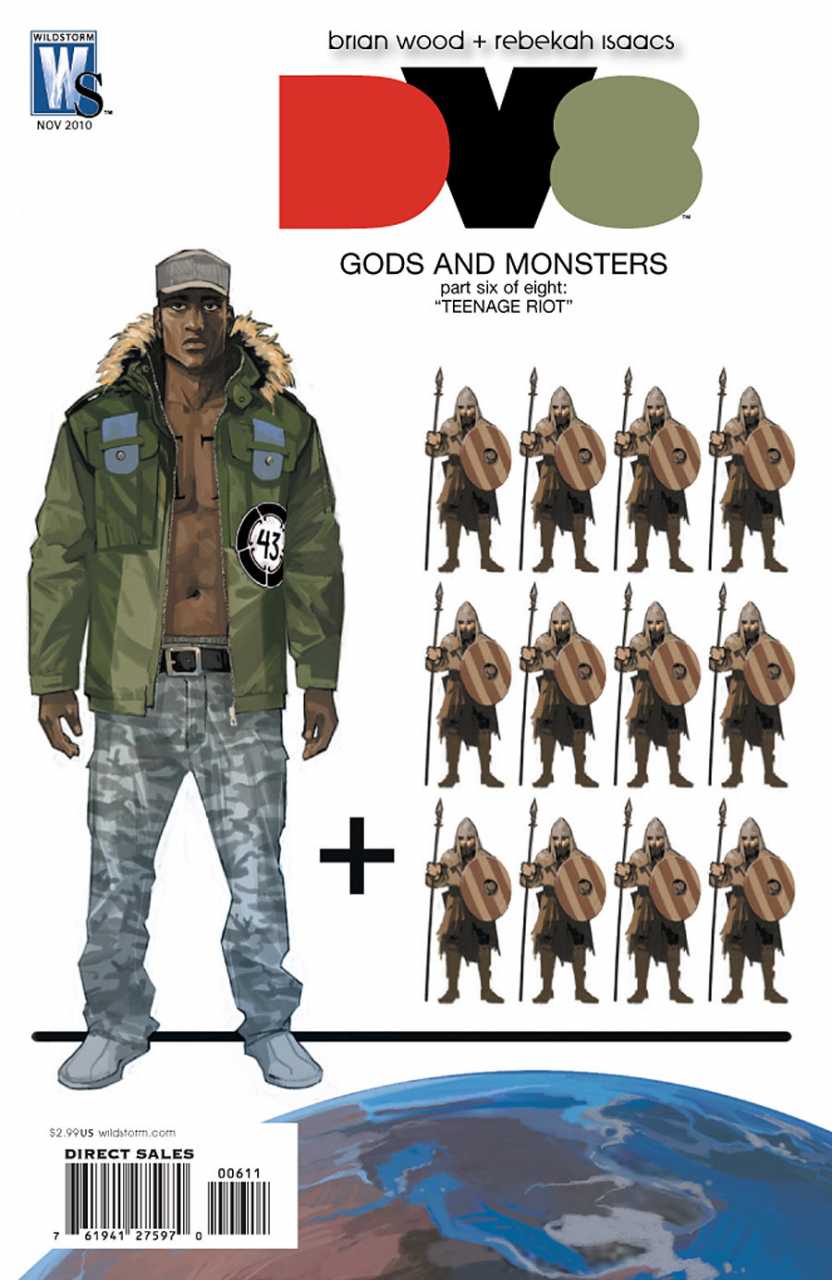