It's a Duck Blur!

Before I leave for a relative's house and then the airport to New York City, I thought I'd spit out one last Review.

Recap
Scrooge and Rockerduck have made a bet to see who can return the most artifact to their Rightful Owners. However, Rockerduck really wants to win the bet, so he has hired Camile Chameleon and the Beagle Boys to prevent Scrooge from returning his first artifact. Thats where this issue picks up with Scrooge fighting the Beagle Boys (with Camile running away).

Cover
In the past, I have looked over the story, the interrior art and the differences between this series and the show. However, I thought today I would look at the things we can all see: the covers of this series! James silvani has been givng some great Covers starting with the Multiple Villain cover C of issue #1. Even now, he has given us a nice looking cover.

Jose Massaroli (the interior artist along side Magic Eye studios) gives us this week's cover A. Most series make the cover A have something to do with the story, but Duck Tales has always been different. the cover A has little to do with the story (theres only a mention of Scrooge returning a dragon horn and even then it was a bluff to distract his enemies from his real destination).

Cover B, by Leonel Castellani, is one of my favorites of this series. This isn't just because I now own it (though it is a factor). It actully has something to do with the story (scrooge and Rockerduck do have a headed arguement). It is just one of those cool Disney Duck covers. I really wish this cover would be on the cover of the reprint volume, though I sort of think we'll be seeing the First issue's Cover A take that right.

What I liked
I liked how we got a small appearence of Donald Duck. Reminds us that Donald didn't really appear much on the tv show, so this slight cameo is great

What I didn't like
I will repeat my distaste for the interior art changing a lot. I realize now it might be caused by Magic Eye Studios' involvement. Given that it is a studio there would be several different artists doing one issue. Very bad for transitions, but this could be also cool because you can see several different styles like Uncle Scrooge had been draw with throughout the ages.

ending
Got to race out of here, so Thats my review! Look forward to the next issue (and the crossover soon to come two issues from now!) 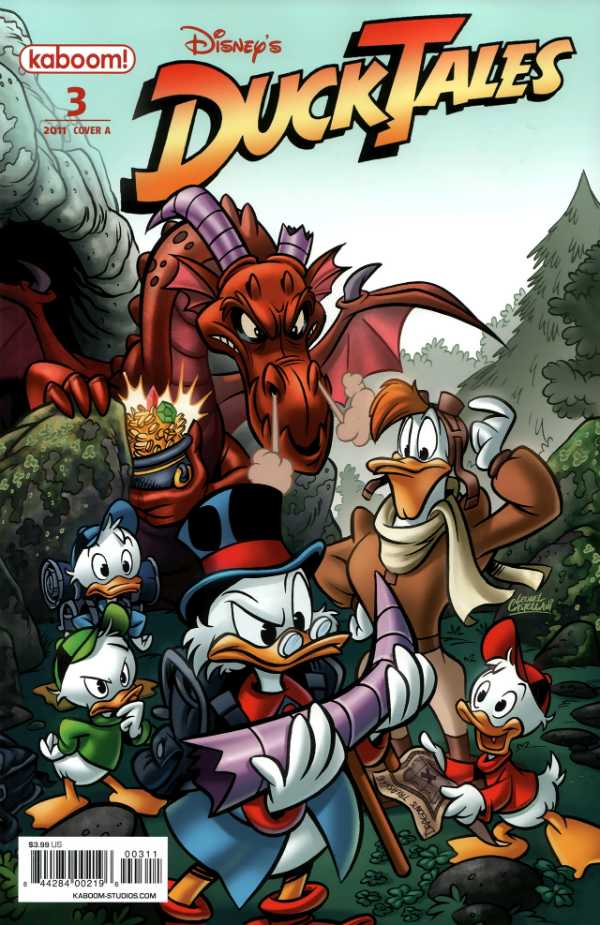 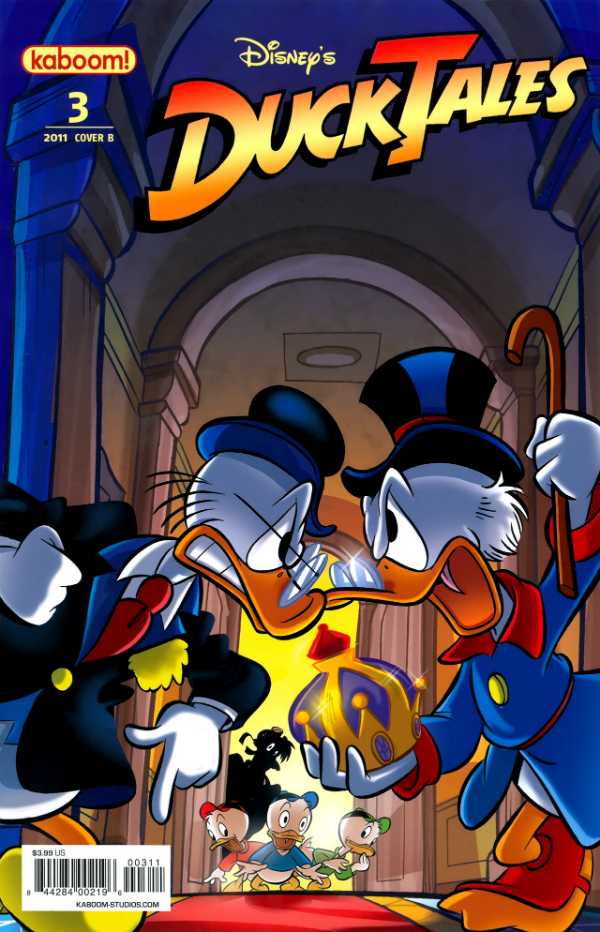 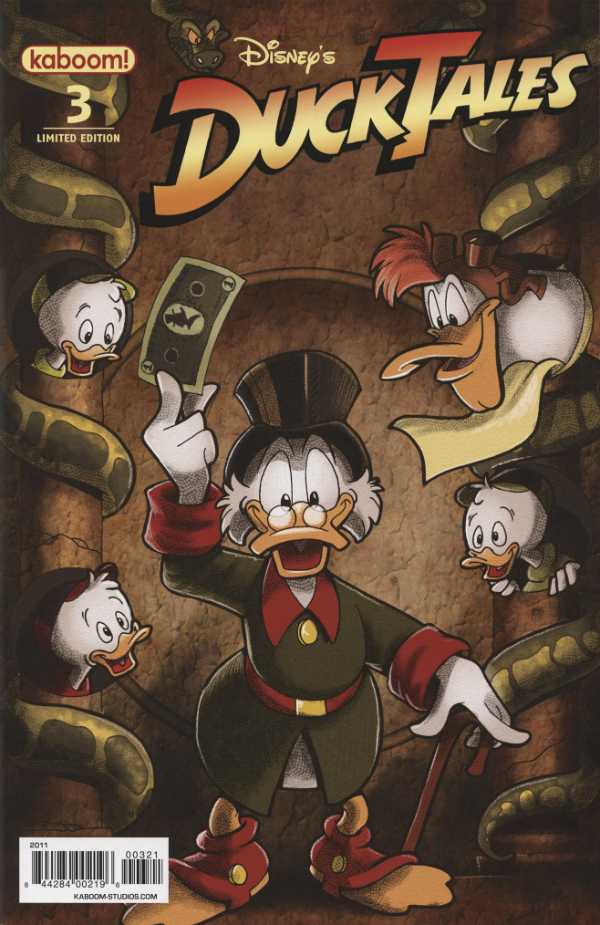