Knights of the Demon Table Unleashed

I remember the original solicit for this issue. The cover depicted Exoristos with a costume that had a browner hue that blended with the rest of the cover, and looked more like her actual costume, bette than the real cover where she's dressed in a painfully eye-catching bright green. It's also a little simple in how much it depicts of the actual events, but I can let that one slide just a bit.

Despite what the cover suggests, Exoristos is not the lone spotlighted star of this issue; the entire team gets an equal share of the screen time in this issue. After an awkwardly lengthened skirmish over the first 3 issues, and 2 more issues of build up; Morgainne and Mordu are finally leading the main attack. Cornell pulls out all the stops, letting each Knight put their best foot forwards defending this little town. Everyone gets their own spotlight moments, so like last issue, its hard to get too detailed without turning into a full on summary. Its just that while last issue was all character highlighting, this issue is combat highlighting, and its just awesome. The battle has a very cinematic climax feel, each character getting a big chance to step up and show their true skills and powers after five issues of uncertainty and development. It's really just an awesome battle where everyone lets loose with everything they've got.

And besides that, there's just the lingering nag that this issue is almost filler building into the finale of this arc. But that's almost nothing worth noting.

I can't really say too much about this issue, I'd have to dig deep into each character's big scenes and that would just be ruining it for those who want to read it. Every main character gets to be as awesome and heroic as possible in a pulse pounding battle of epic medieval proportions.

Demon knights most likely came about as a response to the large influx of sword and sorcery based graphic novels coming out recently, such as Queen Sonja, Conan, and the wheel of time adaptations, but the fact that this formula is tweaked to fit the history of the DCU is what really makes it stand out, and this issue just delivers 20 pages of concentrated awesome that it's hard not to love such a fun, well written book.This book has been from the start about the characters, and this issue contin... 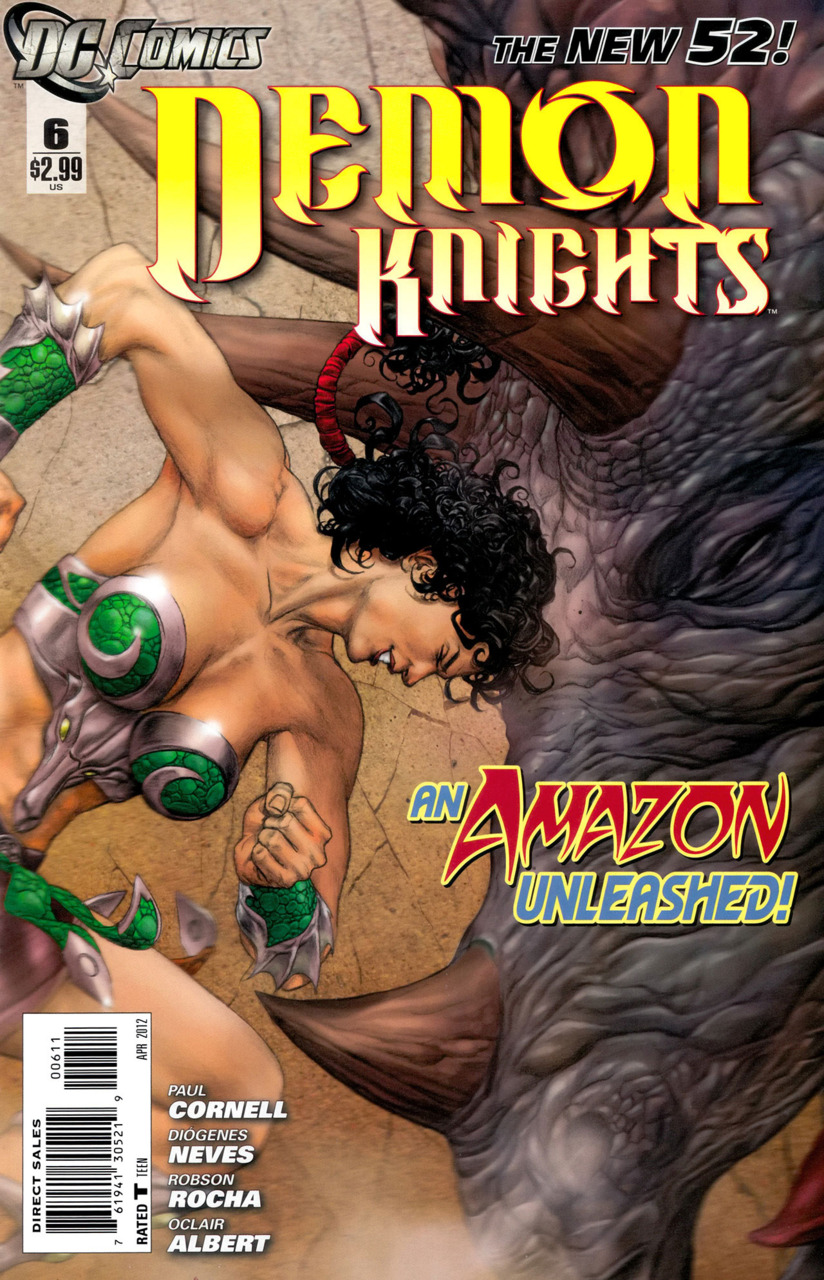