Two teams rush to solve a riddle, are double-crossed, and wind up allying themselves to defeat a common foe. Sound familiar? This is exactly what this issue is about, they've only changed the cast. The one good thing about this series is the moral story in each issue.

This issue was cheap, got it from the dollar bin at my LCS.

D-List characters. I have only heard of one of the villains--The Riddler. I guess you've got to learn about these characters somehow but to throw them all at you at once is  a little overwhelming. I also bought this issue thinking that it would be similar to Batman: The Brave and the Bold comics. I guess everyone has a lapse of good judgement.

After reading this comic my immediate reaction was to sigh. I was expecting more and as this was my first exposure to this series, I think I'll be sticking with Batman: The Brave and the Bold comics. With a classic storyline, D-List characters, and convenient plot elements, I'm going to give this the below average rating of 2.5/5.
Load Comments

Other reviews for DC Super Friends #28 - Riddle Me This! 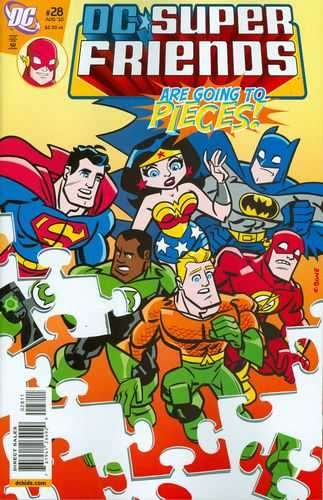