What Ancient Idols,Mannequins and Tv Stars have in common?

They are all featured in DC Comics Presents Metal Men.Written by Keith Giffen, J.M. Dematteis, & illustrated by Kevin Maguire this is one of the best modern metal men stories.

Collected from the Back-ups of Doom Patrol this is a different story from the stories metal men fans are accustomed.Full of humor and witty dialog this all-star creative team made some pretty big changes in the personalities of the main characters,most noticeable Gold. Gold was always the perfect leader,courageous,clever,analytical and respected by the rest of the metal men he was the "golden boy" of the team(did you see what i did there) but in this story he is a narcissistic egomaniac (and that is putting it gently), his leadership skills are a joke and his only job is to provide funny comments on Tina's obsession with Doc Magnus and state how great he is, I understand that the story relies heavily on humor and character interaction but changing a characters personality completely disrespecting the lore behind him just for the sake of a few repetitive jokes really subtract from the story.Tina was a bit more "intense".She was swearing and was like an angry bull all the time, her relationship with Doc Magnus plays a huge roll on Tina's personality since she is unhealthy obssesed with him but anyway in her core she is still the same platinum robot that was since her creation.Iron got a bit more personality as he acts as the writer's commentary on the form of pop culture references.And finally Copper the newest member of the team gets some spotlight and depth.

Well in this comic the villians are the driving force behind the story while they mend perfectly with the light-hearted feel of the book.Some jokes are repetitive but for some reason better everytime ex. Will Magnus need to explain that he doesn't believe in god everytime he uses phrases like "oh my god" and mention when he is being sarcastic.He also comes as a little arrogant and egocentric but it fits him perfectly.

The end felt a little rushed but this story was featured as back ups so you can see why.

Even though i may sound harsh in my previous statements this mustn't detract you from giving this story a shot.

This story is funny,full of character interactions as you would expect from a team book,the cast mends perfectly with each other and the introduction of new characters make the comic even more interesting.This is definetely a 7.5/10 comic and a great way to enter the metal men. 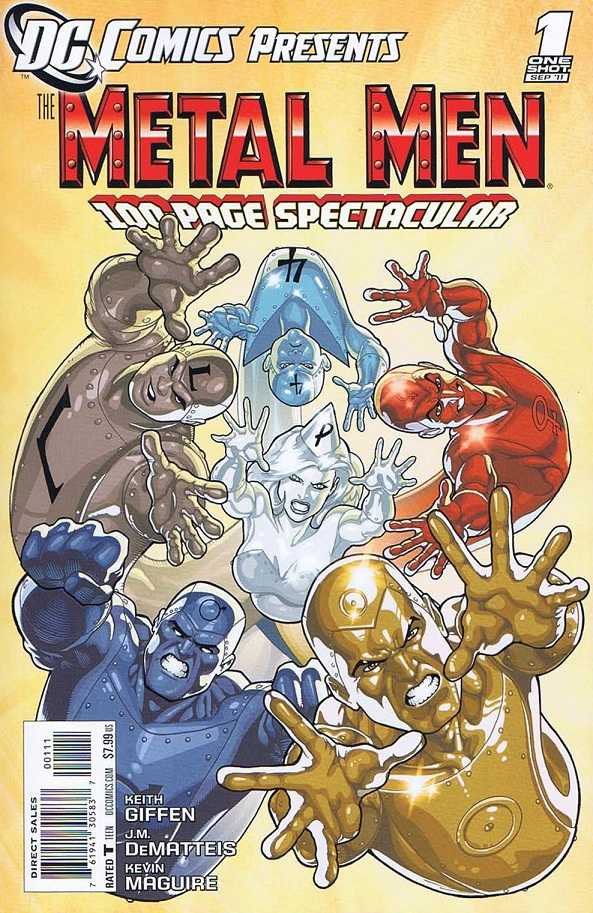