Batman: Year One Review - The Birth of a Batfan

Year One Special Edition is the only Batman comic I've read in my 13 years of life. Except for some Batman comics that were non-canon. Which I don't count.

Let's go to the rating!

I don't know what you people would think of the story. In my point of view, this is original. And considering the original and classic story was made 1939, it has more reasons to why it is original. Now the way the depict the story in this is confusing. Flashbacks and stuff. Some sort of action scenes that were cool but sort of sloppy. However, I did like the ending parts. Makes Bruce Wayne look like a total sparkplug. And gain my attention at reading even more Batman comics.

The dialogue in this is good. Not great or bad. Simply good. Something that doesn't make your eyes close and wants to make you keep reading until you finish. Complex in some way. But the boxes with the cursive handwriting, that was hard to read. It didn't take me 30 seconds to read each box of cursive handwriting, it's just the fact that it looks pretty sloppy.

I have in mind that the illustration in this comic is good. The way some of the characters are drawn show a lot of detail. And by detail I mean facial expressions and such.

This thing! This thing I did not like! The dark atmosphere was good in some parts but in most of it it felt bad. Character's faces were mostly colored with the same color. Some of them looked like a vampire for the type of paled skin. The coloring in characters, was not good. On the other hand, the coloring in the surrounding objects and structures was good. That was actually neat and fine.

End of the Review

Well that's all I have to say about the comic. I'm considering to read The Killing Joke next to become a Jokefan as well. And other DC comics too.

Tell me what you think in the comments below.

Peace, my friends and non-friends!

Other reviews for DC Comics Essentials: Batman Year One #1

Batman: Year One is a series of comics created in 1987 by regular comics writer Frank Miller. This story was included in issues #404 - #407. It was illustrated by David Mazzucchelli, colored by Richmond Lewis (recolored in 2005), and lettered by Todd Klein. The comics have two stories that intertwine into one in the end, one about the return of billionaire Bruce Wayne to his home city (Gotham) in which he begins a war on crime in a bat costume. He eventually is given the name Batman by the city... 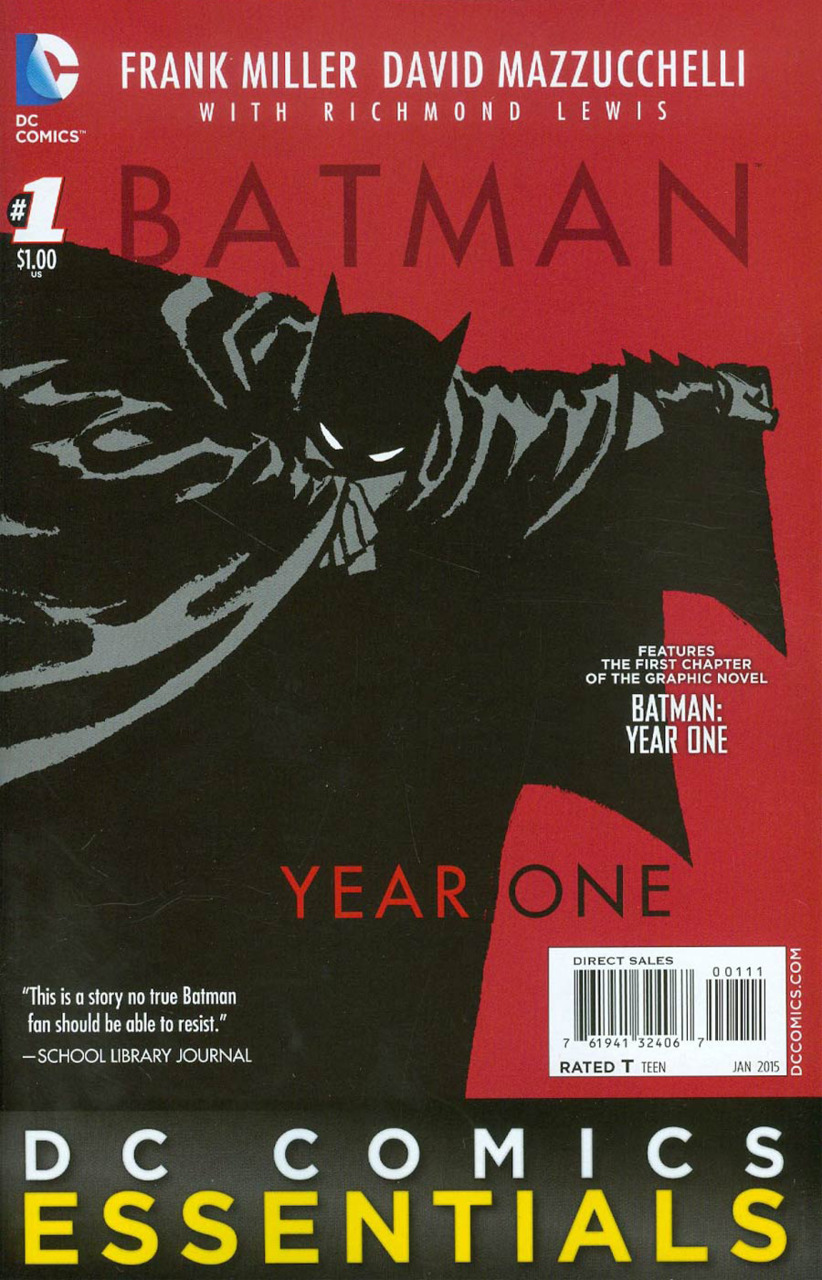