This is a comic book based on a video game, that I'd never played and only heard about because of Joe Madureira's part in it. Basically it goes like that: there is a battle raging on between Demons and Angels, amidst this conflict there're a group called the Horsemen (War, Fury, Strife and Death). Death is one of the Horsemen and he is summoned by an Angel for a meeting, where he says to Death about a major threat that is lurking in Earth, a great beast, that could cause the total destruction of life. Death, then, worried about life (that's the most curious aspect of this character, since he wants to bring the Apocalypse to Earth someday, he must protect life in order to destroy it in the future!), goes to Earth, without authorization, to face this great threat. The story is all about small chapters (five or six), quick dialogues, a fast pace, in the beginning it's interesting, especially because it's about what Death must do in order to grant his passage to Earth (he must find a new weapon and a gate). Once he reaches Earth, the story loses a lot in quality, though Roger Robinson's art manages to create a good atmosphere. This HC was entertaining, but definitely not what I expected, the character Death is very interesting, but the conclusion of the plot, and how scenes shifted from present to past, were all bad elements, confusing even. One of the things that most bugged me was the fact that Death reaches Earth in Paris, France, year 1722 and he passes under the Triamphul Arch, but this monument was only inaugurated in the year 1836, so very bad History lesson, this is just a minor detail, but I hate misinformation or innacurate facts. I only recommend this to fans of the game, for those who never seen the game, this story isn't worth it!

Not the best of experiences by far. As such, I can’t really recommend this graphic novel at all. 0

The review was originally posted to my review blog here.My only experience with the Darksiders is with the Ari Marmell-penned Abomination Vault, which was released last year to coincide with the releases of Darksiders II and is a prequel story set in the far, far earlier times of the setting. Kreisberg’s graphic novel is a much more immediate prequel to the game however, and it ties in heavily to it is my understanding.One of the first things I noticed was that each of the five issues is almost ... 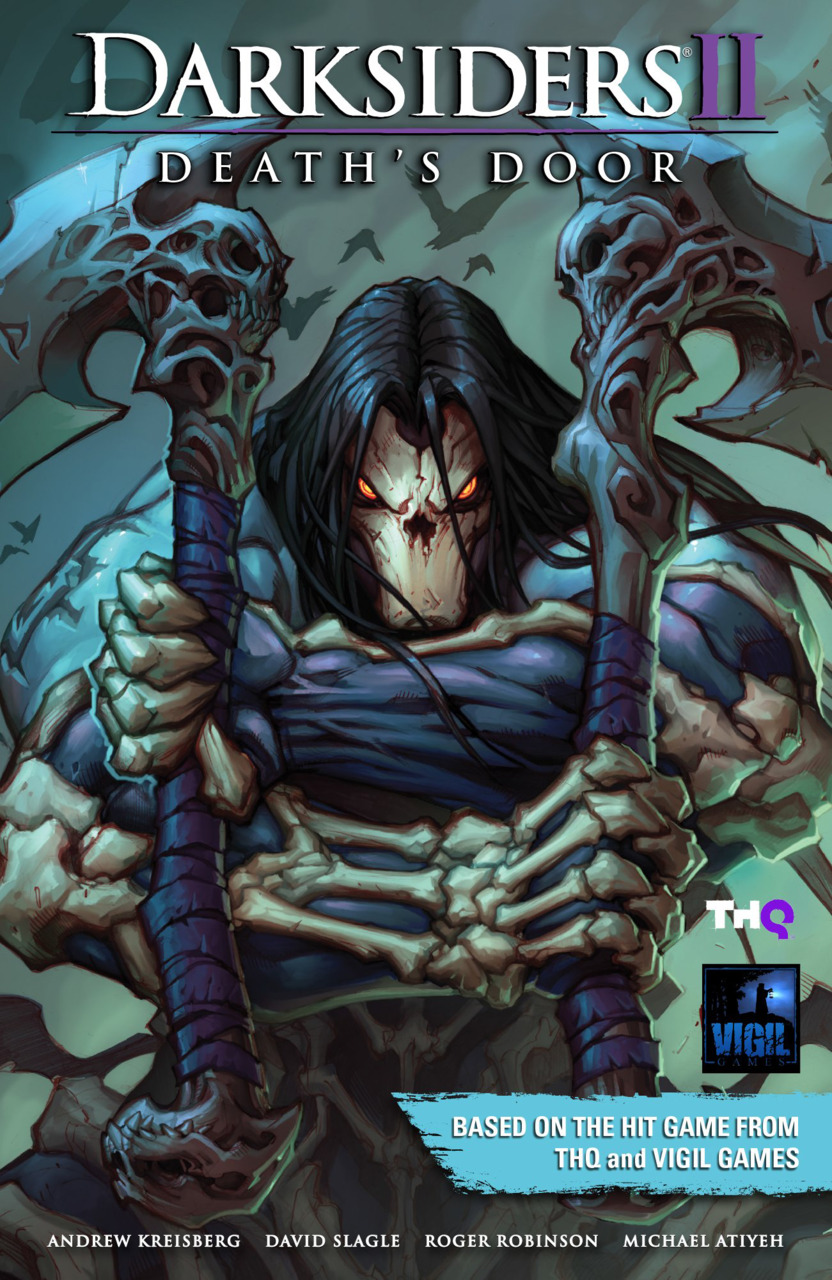