The Madwoman of the Sacred Heart: Part 4

Okay, so Elisabeth is a crazy religious woman who thinks she's destined, with the help of her own Zachary, to give a life to a prophet. But the story is focused on a man who has his own set of issues, including mental one that was not mentioned in this chapter, who finds himself as a victim of her madness. He is also religious because of his past but managed to keep his sanity. So far, at least. The fourth part doesn't explain everything what happened previously but brings some sort of coherence to it. I won't be surprised if this take on the story will be found completely wrong by the end of Part 5 but right now it's the best wrap up I am capable of doing. The church scene at the beginning of the comic wasn't exactly representative of a religiosity of the main characters but plays to the craziness of events so I won't say it was done for the only purpose of the shock-factor though it felt that way to me. Same with the 'let's see what color your underwear is' scene from the first part and 'Bible lacks a detailed sex scene between two old people in the midst of all parts of nature feeling kinky as well' scene in the second one. Whatever, we are past the middle of the story and I'm still not sure what's going on and have no clue what the point of the story will be but the whole thing is definitely something. Mœbius' art is beautiful, as always.

So I've returned to the previous chapters before reading this last one and on a fast re-read I'm actually enjoyed it more with it not being in the mix with Bacchus and 'Jodo-Mœb' madness to which I'm only now begin to accustom. So with that mindset I've finished the story and I think I've been too hard on it the past couple of times. Despite taking itself too seriously while doing cheesy things (the newspaper bit and the closing line in the thirs chapter, for example), it was an okay little story with a good-looking art to just pass the time with.

The Eudaemon: Night of Fear ~ Part 2

Man, I'm a fan of this one. The thing I liked the most about the first part was amplified in the second. The way Nelson portrays the relationship between Eudaemon and his friend (Ed Pensa, as we learnt in this chapter) is awesome. It sounds weird but I would say their interactions seem 'realistic' because if there was a real situation where a simple man goes into another dimension with his friend who can turn into a demon of some sort to save some girl's life from demonic goblins, it's exactly how I would see them behaving. Cracking jokes while cracking demon skulls and ribbing eacth other constantly. There is no trying to present all that is happening with them as some super-serious thing because they are not doing anything super-serious. Very fun read. Love it.

Other reviews for Dark Horse Presents #73 - Madwoman of the Secret Heart; Dominique; Eudaemon 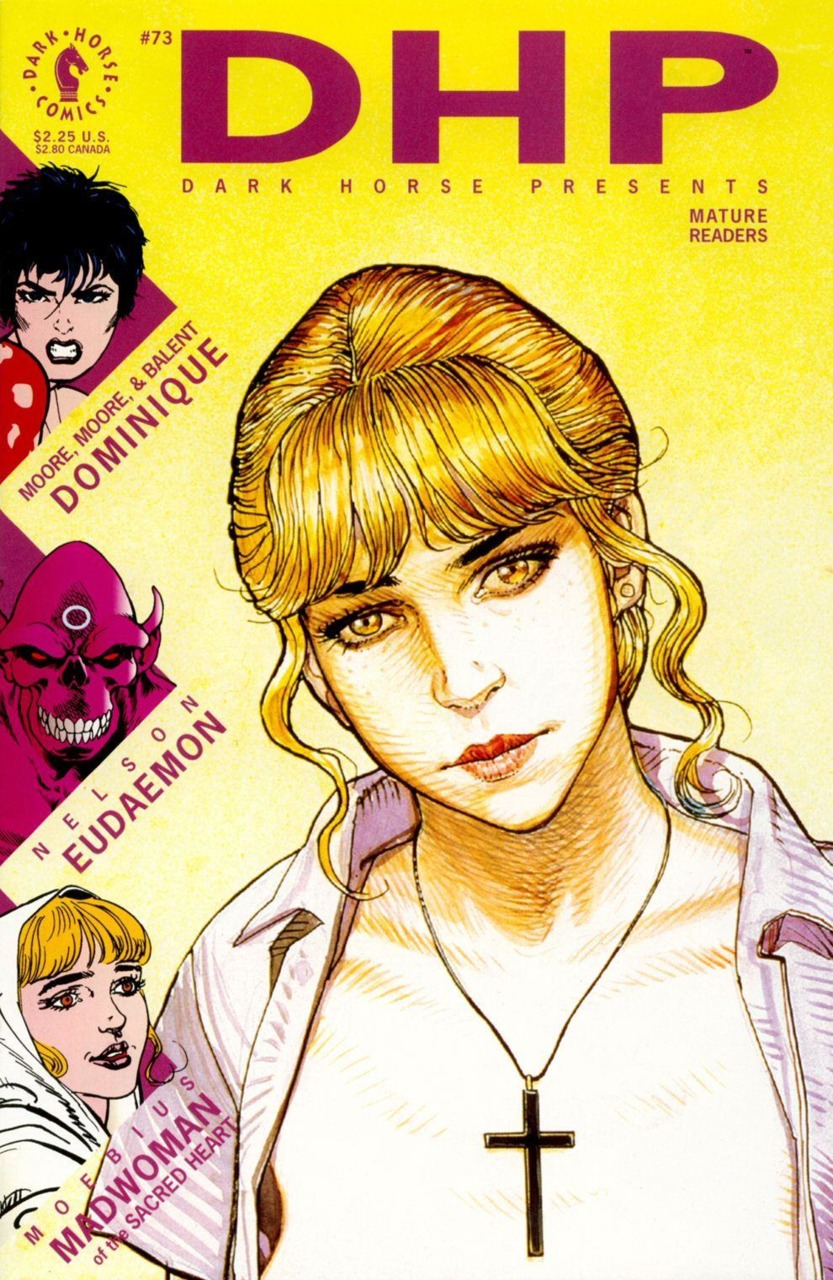