Pretty interesting format of telling a story about a Predator that I didn't quite catch at first while reading 'Part One'. Story in this issue consists of two segments: the first segment tells about what murder is to 'casual thugs', if you will, on the streets and in the jail and the second one is showing how investigators try to figure out who is behind all of these brutal killings and why it isn't rapist trying to claim them as his. In all of these things the Predator itself is in the background either in literal sense in his invisibility mode or in the storytelling sense as a real killer who we know is behind all of this mess. This way the creators are able to go into the human side of things that is death by someone else's hands with criminals seeing their 'you live or you die' way of living as something 'good' as opposed to being in the jail with people that are given up on seeing the freedom sky and are having fun by counting how many people they can kill before dying themselves and with race wars being the only acceptable way of existing in jail. And that also allows them to explore the mind of 'pathes (as in psychopaths, sociopaths etc.) a little in a well-executed dialogue/monologue by the 'doc'. The thing about that is it's not only doesn't distract from the Predator but on the contrary builds him up pretty well as a cold calculated hunter that sees us as the trophies and the more challenging the prey the more valuable trophy it becomes. The 'only' is crossed because apparently Predators do have code of honor. Or at least, the Predator in the comic does.

The remarkable history of the Nullarbor Nymph

So this is a fun one-pager by Eddie Campbell who brought a brilliant Bacchus to DHP pages. The story itself is actually true - some guys decided to make some headlines with a story of a wild half-naked kangaroo girl existing somewhere around their parts and the best thing about all that is they actually did make some headlines, pretty big ones at that. Campbell just does a quick recap of a story with some colorful Australian accent and tells an already quite funny story in a more funny way. The self-irony at the end is just a cherry on the top.

Another one-pager by Campbell and this is, like, the best thing ever. It's just a one episode of life of a parent and his child but it's so pure it's more than enough to make you feel good and warm inside. Absolutely love it.

Here we have one more heartwarming story albeit a sad one. Love the 'fantasy' art style but sometimes may seem a little bit 'spiceless'. Writing tries to be very bookish and literary if that makes sense but it doesn't bother me that much and I actually kind of love it because it somewhat adds to the whole setting of prehistoric ages even if I doubt people at that time spoke so eloquently if at all. The story is two girls doing their tribe things and stumbling on a hidden path that leads them to a stranger that peacefully takes them to another stranger about whom this story is actually about. A bit naive in character logic but I'm just trying too hard to be an ass (can I write that?) about a nice and a little sad story that looks into how some good people may do bad things out of desperation and that's understandable but a great human will do the good thing regardless of circumstances. And the classic of 'appearance isn't representative of the person' that was done pretty well and not too on the nose. In the contents page it says it is a 3-part story and so far I liked it so will see where and how it goes. The ending panel was too sweet in a good way, the reader may or may not have 'awww' reaction.

What's with all that niceness in this issue? Even the tough guys that defend scientists from evil corporations by killing hired assassins in the previous installments of DHP are just teaching kids swim and not to be a bully. By making a real bully drown as an example but nonetheless. Brings a smile to the face throughout the whole story through both the art and the writing. Love it, love all of it. 5 stars. 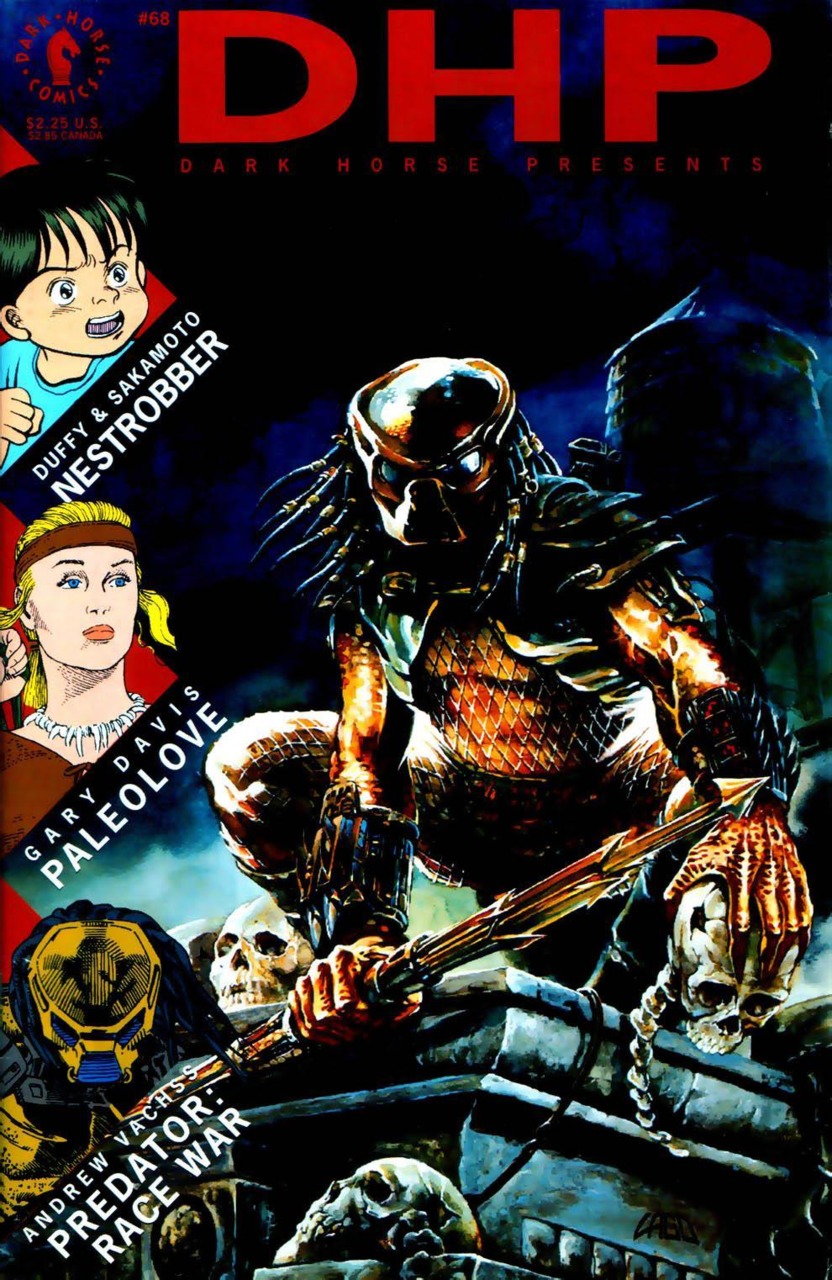