So, this is the fourth and last part of an introduction to 'the most unusual heroes of all' - Next Men. And I say it was pretty good. It is hard to come up with the superheroes (even in the 90s, let alone today) that don't remind someone about already existing X-Men or Avengers or League or someone like that. But Burne did a decent job of trying, at least it takes some courage and creativity to do something like that. The emphasis was at the origin of the Next Men and not about their relationships with each other so it is hard to say something about their characters that are defined only by their powers so far. But it's just a teaser and a good one, I have to admit, because at the end I found myself quite interested in what will happen to the heroes of the story next.

I have to give to the authors some credit because I had my thought of how the story will go and didn't realise what will happen until... well, until things were already happening. I laughed at a bit about Kärnhus' illness. I knew I would enjoy the 'Homicide' spin-off but I was sceptical about the originality of the stories about private investigators. The point still stands but Arcudi sure manages to trap a reader into thinking that the reader knows what's coming next. I don't know what will come next and I'm looking forward to finding it out in the next issue.

This one-pager makes fun of how some grandfathers of ours love to exaggerate some political stuff that they've read in the newspaper, heard on the radio or TV and that they don't completely understand. Not exactly kind of stuff that will make you laugh out loud but it may bring a smile on your face.

An Alien Fire Story ~ Episode One ~ Pass In Thunder

The stories about Vietnam soldiers that fail to live their ordinary life after the war are kind of stories that are used too often and that's true for the 90s. But I feel like this right here stands out in its own way. The handling of the subject is very subtle, we are hearing about 'Nam only once and only at the end of the story we understand that this was not about an uncle and his nephew going hunting but about a man that couldn't forget his past. Pretty good stuff.

Around The World in Eighty Frames

It was interesting to become a part of artist's life in travel. Campbell is good at his art-style and the water is wet. There isn't much to say about it.

One more portion of violence from Frank Miller. Marv is close to finding Goldie's killer but he doesn't know that their meeting won't be an easy one for Marv. Will see if he can survive that kind of beating.

Other reviews for Dark Horse Presents #57 - Next Men; The Creep; Grampa Speaks; Alien Fire; Around the World in 80 Frames; Sin City 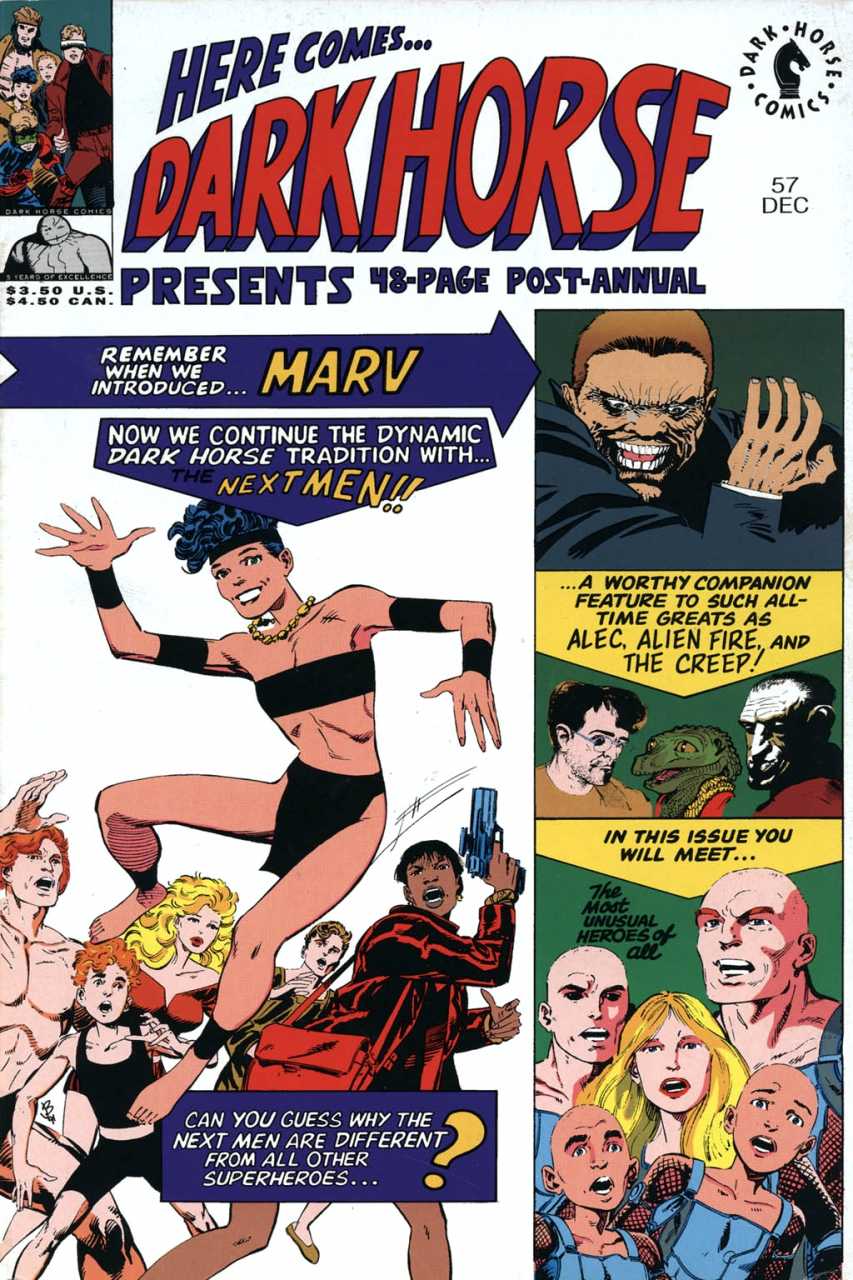 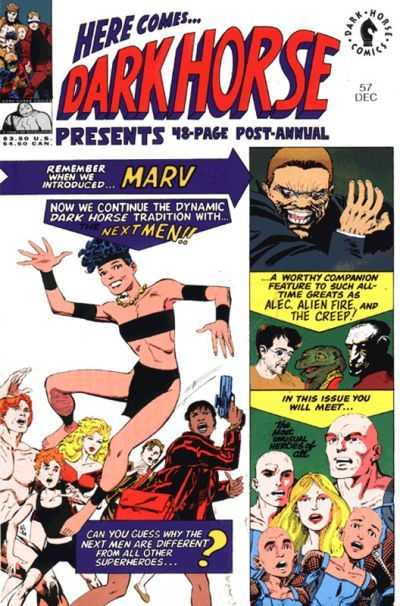