Paul Chadwick did a fascinating piece of work as always. It is an already established style of art and writing that makes you feel the danger the characters in and rethink the thoughts that Chadwick put in Concrete's mind. It really is amazing how he manages to talk about such tough subjects as rape and speak a little philosophy to end you wondering 'is he right or what?'

It was an incredible short story. It wasn't even a short comic story, it was just a short fiction story with some illustrations in it. It kind of has elements of dark comedy, parody and even drama despite how silly it sounds towards elephant story. And it was written the way that makes it feel real. I would like to know for sure what exactly it parodies but the metaphor on politics was in its own way mentioned in the story itself so I'm going to think it was somewhat of a political satire. Some elements of the story made me smile, the bit with the Kipling's 'Elephant's Child' was very cool. And some of them made me really sad. This is just awesome.

The end of their journey is near and it feels like it. It was interesting to learn more about the heroines and the authors are great at making the reader feel the death in the air. The animals of the foreign world are fascinating and the art is beautiful, I won't tire to say that.

The issue was great, perhaps the best from the beginning but that's just my opinion of course.

Other reviews for Dark Horse Presents #38 - Concrete; Delia & Celia; Mary: the Elephant They Could Not Hang (At First)! 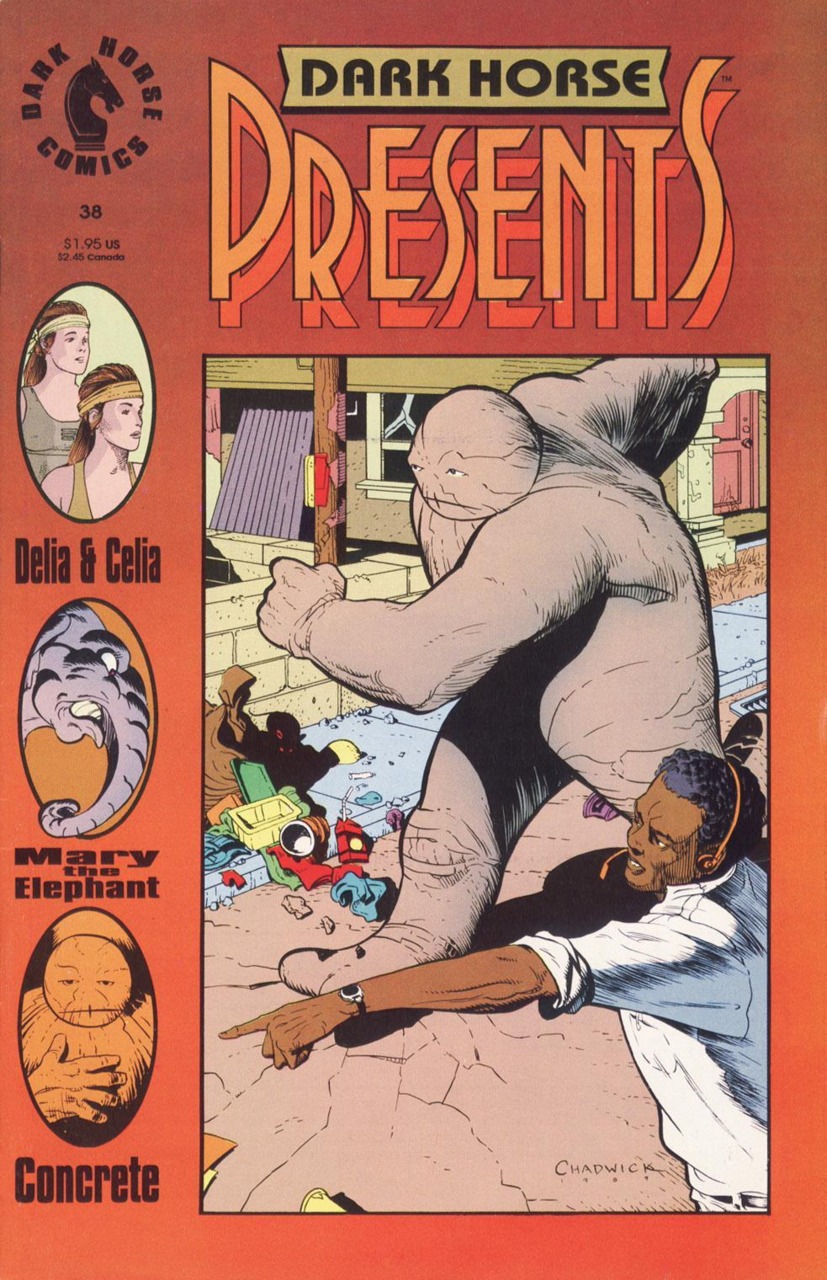