Ugh. Where Do I Start?

THE GOOD:
- Sean Chen's pencils were pretty good aside from two or three parts where Cage looks a bit cross-eyed. The proportions were spot-on, the backgrounds had nice detail, the lines were very clean, and overall I didn't get pulled out of the story for bad art.

THE BAD:
- In the set-up page, Power Man looks very true to the design. There's an afro. After that? There's no 'fro. Is it terribly distracting? Not really, but it does make that headband look a bit more ridiculous.
- The colors were too bright for a street-level book. Daredevil looks ridiculously bright when it's on the street.
- Not too big a fan of "untold stories from the past."
- The set-up was kind of weak. Really? Daredevil throws a fit that Cage stopped the bullet from one gunman after DD took out 3 thugs? It just seemed really whiny.
- Early day adventure? So why does Foggy Nelson know Daredevil's real identity? He didn't learn that for years.
- The whole Turk storyline was kind of weak, and Foggy ends up saving the day. Yeah, Foggy.
- What was the point? To show that they had respect for the other? This friendly fight in a gym was really the best way to show that? What about that solicit that said this would be brutal? Completely weak.

OVERALL:
You have a weak story with good pencils and bad coloring. It also adds nothing new whatsoever. Cage and Murdoch have mutual respect for each other? Yeah, I knew that. The why could've been more entertaining than a friendly fight in a gym because Daredevil was a bit whiny that Cage took out one guy with a gun. Save your money and avoid this one because there's really nothing worth seeing. 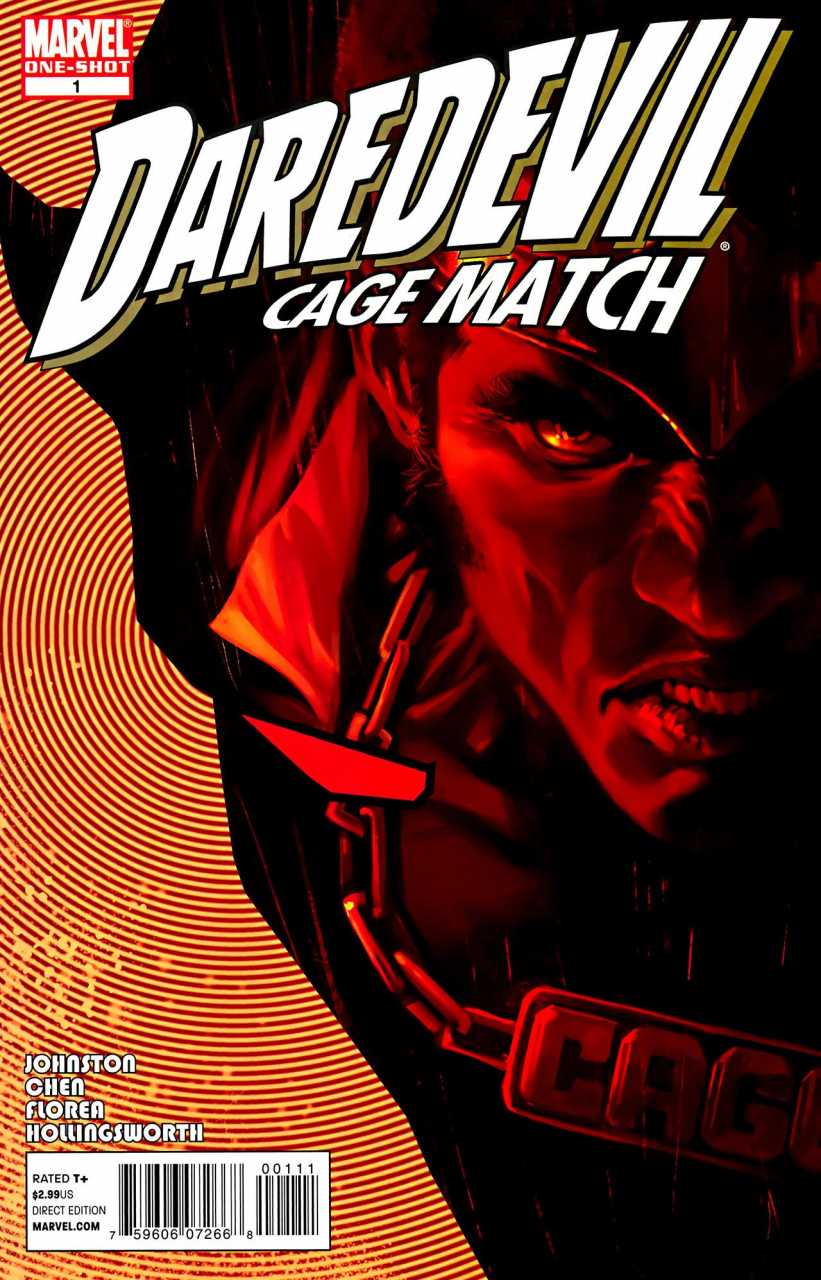