A great issue that sets up future events from this series!

Daredevil is continuing his hunt for The Owl! Writers Mark Waid and Chris Samnee; with artwork by Samnee and Javier Rodriguez, join us on another action packed issue! In this issue, Daredevil is in trouble when he finds out the Owl is in town. Reluctantly teaming up with the vigilante, The Shroud, Daredevil is trying to bring The Owl to justice and also peace in his new home. However, as the plan was foolproof; not everything goes as planned and leads to this outstanding issue!

This was another awesome issue! The creative minds behind this series know exactly how to make Daredevil's world, and his struggle, seem real enough to us readers; to keep us coming back. This was accomplished once again in this issue! The writers did a good job at continuing the momentum that was established in the last issue. Having DD double crossed by his partner, leads to some interesting dialogue between the two characters; more on that later though.

Daredevil's struggle of adjusting to his new life in California and his identity made public knowledge, all is handled nicely in this story. A good example is, DD stopping to take a selfie with his fans, and how the writers make it feel like it is something new he has to adjust to now. This story really sets things in play with characters like the Shroud and Owl. In just a couple of pages, the story made them feel relevant and important to DD's story at this point. I am interested in seeing how the Owl will become a bigger threat in DD's life after getting an "upgrade." And the Shroud is a decent enough character, where you can understand that The Shroud is just a good man doing bad things for the ones he loves. So it is really cool to see that kind of characteristics in a character.

The last bit of dialogue between DD and The Shroud at the end of this issue was fantastic! DD's pep talk to Shroud about not trying to "suicide by super villain" was a nice touch, and the artwork and how the dialogue was written made you actually "care" about the character. I really like seeing that in a series. When writers can make you feel for the characters and their struggles. Well done! The artwork is perfect! I could not ask for a better art team.

I suggest you check this series out; especially if you enjoy the creative team behind this Daredevil series! 5 OUT OF 5!!! Until the next issue!

Other reviews for Daredevil #4

After the brilliant set-up of the previous issue, Waid doesn't pull any punches, following up with an equally great issue. Though we don't see as much of some of the minor characters, that is to say the non-super-powered ones, Daredevil's interactions with all the characters in generally are well presented. There's enough fun and seriousness to allow for a diverse and exciting experience, showing me again just why I enjoy this series so much....

The All Seeing Owl 0

We&rsquo;ve missed a couple of issues so here&rsquo;s a recap for those new to my reviews. Recently, Matt Murdock revealed his true identity as Daredevil and was disbarred from practicing law in the state of New York due to ethics violations. However, through some legal loopholes, Matt found he was still able to practice law in San Francisco. As such, Matt packed up shop and moved out west. However, what Matt didn&rsquo;t count on was that another, more ruthless vigilante named Shroud had alread... 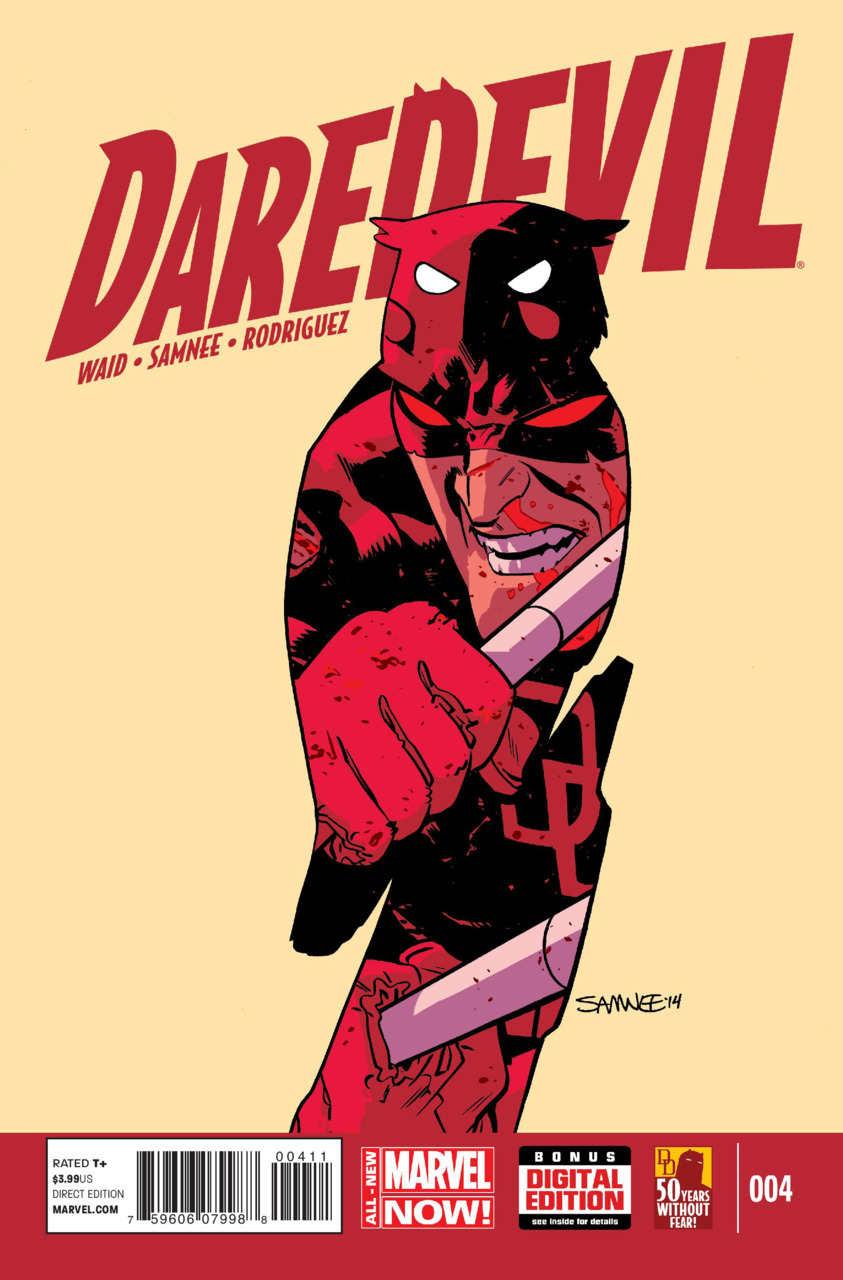