To be clear, this is a review on Convergence HC (Issues 0-8) NOT Convergence as a whole, or any of the companion tie in books. And now let's get to the review!

Convergence is the tent-pole event that DC decided to put out while they moved from one coast to the next. I believe it was initially a throwaway fun event, but eventually gained more steam and story for a full blown event. The reception while it was being released wasn't that great, so my initial thoughts going into this event were low to say the least, but after reading the whole thing (minus the two issue minis that accompany it in other books) I have to admit that it was really enjoyable and something I wasn't expecting.

For those who don't know, Convergence tells the tale of Brainiac combining every reality, each reality set in one city on a planet outside the multiverse, and forcing them to fight. The ones left over would be able to win the planet as their reward, and their lives, as the multiverse is destroyed and only one verse exists. On this promise, this event sounds extremely enjoyable, fun, and a clever way to take care of some clutter, but what the event summary should have also stated is "and the heroes of Earth 2 are the only hope for the multiverse," because the whole story really focuses on those characters.

What I really like about this event is the fact that you don't have to read anything to understand it, sure it helps and adds an extra flavor when you recognize Russian Superman or Kingdom Come Superman, but that's like sprinkles on a nice hot fudge sundae for the reader. Each issue recaps what has happened, and also goes briefly over who the important characters are and their backstories. So no, you do not have to read the Earth 2 titles and all the Crisis events to understand or even read this event, it just adds that little something extra for longtime/devoted fans.

Where this event stumbles and falls a little is definitely at the beginning. After reading the whole event, cover to cover, I still have no idea what issue 0 was made. It barely set up the event, and the whole set up for the event is explained in every issue so there doesn't really need to be an issue 0. Then, the first two issues definitely felt odd and a little wonky as if the series was trying to find its footing, but by issue three it goes into a nice pace and it's written much better than the first three issues (counting 0). To be honest the first few issues really turned me off to the event and made me question if I made the wrong decision in buying this, but by the time I finished the event I was happy I did, because it's definitely an enjoyable read.

Another thing that kept popping up in this book that could have been done better were the villains. I have to admit that the motivations behind the villains are a little too vague and simple, the whole "you must fight and kill to survive," speech get's pretty old each time they use it, but what's interesting is the fact that this event sort of has three main villains, where some of them change sides. Now I think that's great as a story, but the event was short to accommodate for all these villains that their decisions felt rushed. If this were like a twelve or even sixteen issue series then I think all the character's motivations and decisions would have felt much more natural.

Overall, for an event where I wasn't expecting much this sure surprised me in a good way. Knowing that the fights are happening in the background, and the main story is like a covert operation to stop the fighting was really exciting and offered more dimensions to what could have easily been one dimensional villains, although their progression did feel rushed. From what I did read about characters from other realities interacting with each other was great fun, and the characters were written in such a good way that I'm now interested to go back and read Earth 2, and practically all the other reality books. Convergence isn't a perfect event, but in this day and age where the event isn't an event but a sales tool, I think they did a good job with what little time (again I'm assuming that they made this into a serious event last minute) they had, and ultimately I wouldn't mind rereading this sometime down the road.

Other reviews for Convergence #1 - HC

An amazing come back of past DC and present 0

Convergence may not be the prefect event in start but it took its work well from then onwardi really liked the part of it undoing COIE and making of multiverses instead of one single multiverse and i will say its the first step for bring back old continuities ... 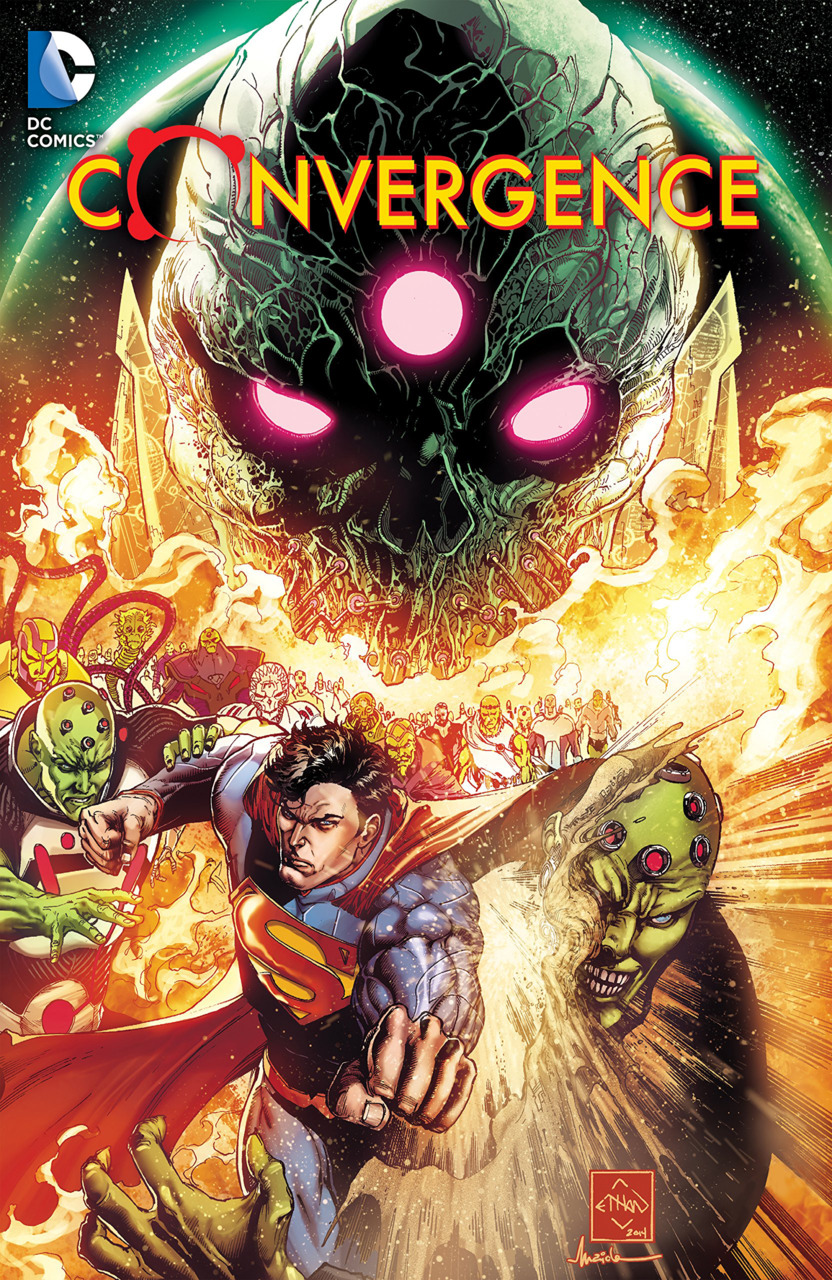