CODENAME SAILOR V: volume 1! So I'm not sure about most users on this site but I know that I was absolutely estatic to hear that Kodansha Comics was re-releasing the Sailor Moon/V mangas in the U.S. Why? Because I never got to read the original mangas that were released here, or the translations or whatever! I was just happy that I got a new chance to embark on this mangatastic journey of my all time favorite anime! Now this was the first manga I ever read, so don't judge me! Thinking about it, maybe I should've written this review on Animevice? But I'm way too lazy to do that! Anywho I wasn't like culture shocked to read it backwards, because I already knew the format of a manga so I thought that was cool. Anyway I will discuss the content of this volume here in the review. This first volume of Sailor V, contains 8 chapters/volumes/acts, whatever you want to call it. It's all in black and white, like a traditional manga, except for the first few colored art pages. There's a section in the back that serves as like a reference for certain things or Japanese culture that we might be unfamiliar with. The main story of this volume is Minako Aino starting and evolving as her destined role as Sailor V (Venus). She tries to live life as a normal 13 year old girl, but also being the chosen champion of love and justice. Of course the two personas conflict at times. This book truly focuses on Mina's character and her relationship with Artemis. We also get to see the people in Mina's life like friends, family, teachers, BOYS (and I stress the BOYS) and villains. The main villain in Mina's life is called The Dark Agency so of course she has to go up against every subordinate possible! That's all I'll tell you for the content! The GOOD! Being a Sailor Moon fan since I was 4 did have a bit to do with why I liked this manga so much. But that's not the only reason why I liked this manga. When I first watched the anime and even later in life I always wondered to myself, how was Sailor V already known and famous? Why wasn't she a main character right away? Well this manga does a great job of explaining her back story and evolution. I loved finding out how the game, Sailor V, really came to be at the arcade Crown Center. (It's in the manga). What I truly loved about this manga was seeing Mina's character and her life. I loved getting that insight and seeing her on her own and just being Mina! I also love the relationship Mina has with Artemis in this manga. It's definitely a love/hate relationship and I think that's really funny. There are some great background characters that are really enjoyable to read, and it's great to see their relationship with Mina. This is a great foundation for who Sailor V is and it's a lot of fun to read! Art: The art is also what's excellent! The drawings are just so beautiful, it just has this elegance and appeal that the anime lacked. It makes everything gorgeous. The cover of this manga was beautiful as well, along with the few colored art pages in the book. It definitely brings life to the characters and story! The BAD! Reading this at some points just felt off. A big problem I had with this manga were the giant Japanese symbols and writings just thrown in the background. It throws off your focus and concentration, especially being an English re-adaptation. Another annoyance is the sound effects. They are thrown everywhere for everything and they just add nothing to the scenes. I've also heard that certain translations have been wrong, but I'm not sure about that, because maybe they're the re-adaptations. Two phrases I have a problem with is when Sailor V shouts "champion of love and beauty!" I think it's supposed to say love and justice, but whatever. I also don't like it when she constantly refers to the guy at the Crown game center as Bro! It's just off putting. Last but not least, I have a problem with the main villain. These evil creatures that work for the Dark Agency don't really have any substance and it makes them uninteresting to read. They're like the monster of the day for this manga. The Verdict! I did enjoy this manga a lot, having been a fan most of my life but there were great things in this book! I highly recommend it for new readers and old time readers, unless you've already read the original mangas. So I give Codename Sailor V: volume 1 a 4 out of 5! 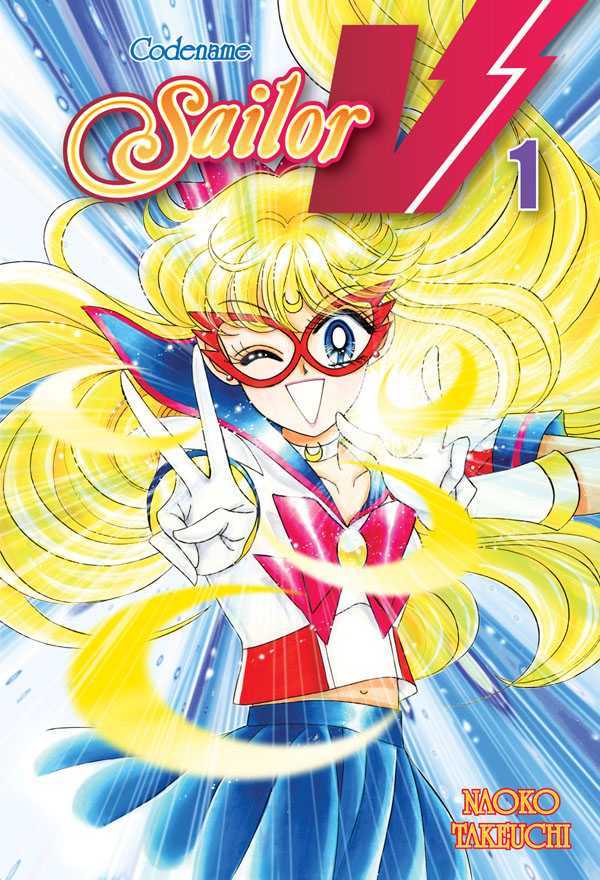