Dennis Hopeless continues to build up the new team of X-Force but htings are still just a tad bit slow.The issue is just for the free time of the group and how they are handling the fact that they are now wanted.Things are moving slow and we see the different activities of the team.Some of them go and drink,have sex and the others are in the middle of robot fighting.And Cable is going to see his daughter,Hope.The issue is not bad but it feels like that for these five issues things haven't developed at all.It feels like nothings has happened.

The part where we see Domino and Colossus having fun and in the end their drinking activities going to some sexy time was funny and interesting.Both of their characters were cool picks for the team and Hopeless handled pretty well their feeling about what happened with them and how things will go from now on.Their characters are good part of the team and it's cool how one of them is against killing and handles things differently and the other kills and handles things even more differently than the other.

The artwork by Salvador Larroca has never been one of my favorites but in this title it somehow works and I like what he's doing.The artwork is pretty good and the action scenes is awesome.Of course the sexual scene between Domino and Colossus was handled well and you could feel how much they were drunk and how they were haing fun.

The title has been interesting so far and I like the characters that are in the book.I want to finally see them doing something meaningful that isn't in a slow pace or a too fast pace.The events so far aren't anythingthat big and it is like the team is still not together evne though the last few pages where we saw how they became a team.I have faith in Dennis Hopeless and I think that he will do something good.

Other reviews for Cable and X-Force #5 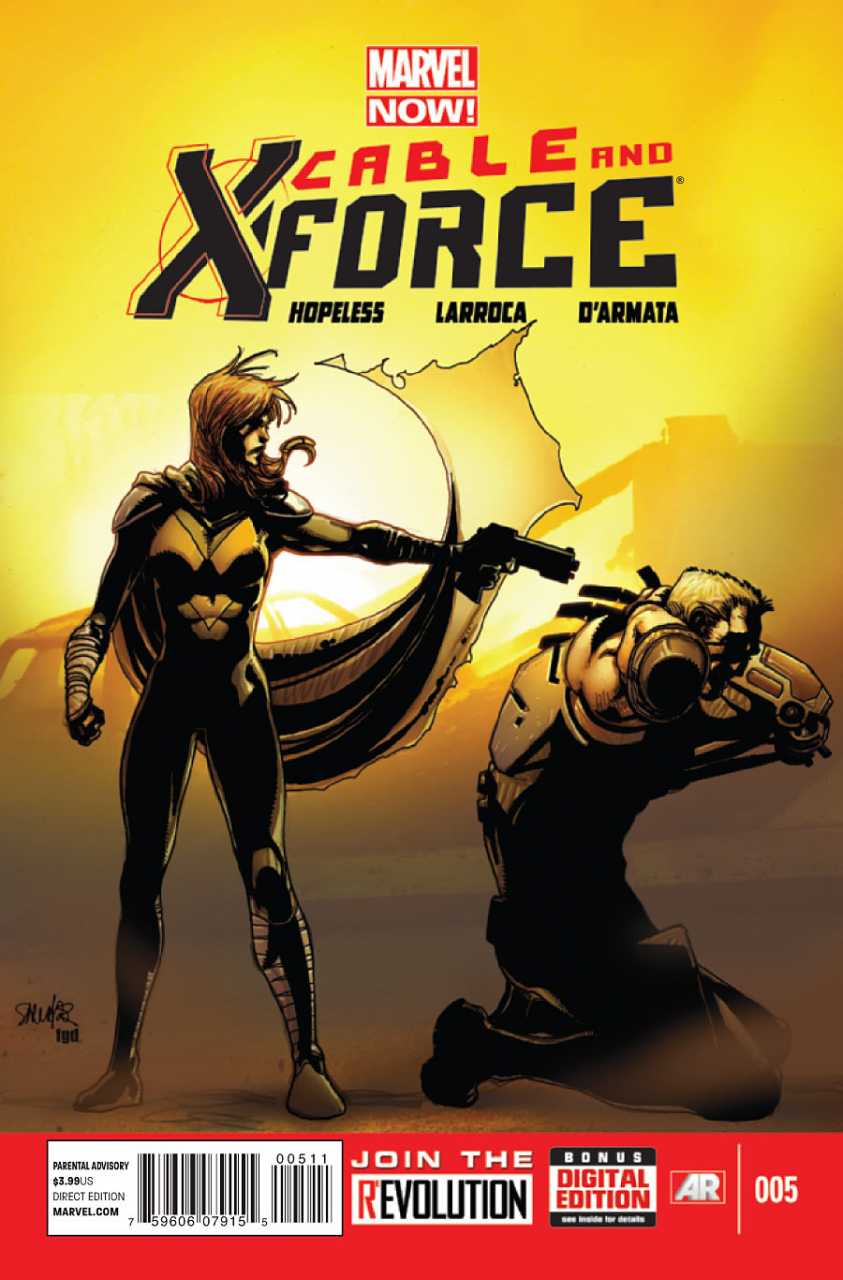 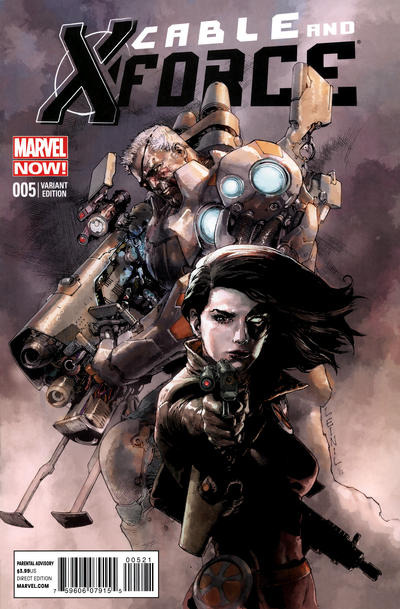