Feels like a Disney film-noir movie for grown ups.

I think the title of this review says it all. The book is exactly that, but without Goofy, Mickey, and Donald. It's not everyday that I read less-popular comic books and or graphic novels. After reading the first volume of Blacksad, I was overly-satisfied with it. What makes it stand out is the fact that the characters featured in the story are all anthropomorphic animals with human likenesses. The overall tone of the book is the film-noir aspect, 1950s crime drama that takes place in New York City, featuring a private investigator by the name of John Blacksad.

The story follows him as he vows to bring his ex-girlfriend's killer to justice, even after being told to call off the investigation by the local police department. In doing so, Blacksad risks everything to solve the case. As the story progresses, the investigation later becomes a personal vendetta for Blacksad, taking matters into his own hands, but also acting under orders and doing more than just bringing the culprit into custody.

What's most unique about this book is the art. Juanjo Guarnido does an amazing job with bringing the characters to life through their facial expressions. Although they were animals, they felt very human, nonetheless. The environment gives the story a dark, gritty, and retrospective feel, making the atmosphere of the city perfectly identical to its time period. Juan Diaz Canales does an amazing job at piecing the story together. Things were set up to the point where certain animals played certain roles. Lizards and rats were hired hitmen and thugs. Bears and rhinos were henchmen. Attractive women were normally depicted as cats and sometimes dogs. Police officers were German shepherds. The story was told from Blacksad's perspective, coming off somewhat as a cynic in some situations, but at the same time, he's also very street-smart with a little bit of deductive reasoning. The story itself was a mixture crime, love, and a crooked sense of justice.

I recommend this book to anyone who reads comic books, or anyone who's nostalgic of the film noir genre. 5 stars. 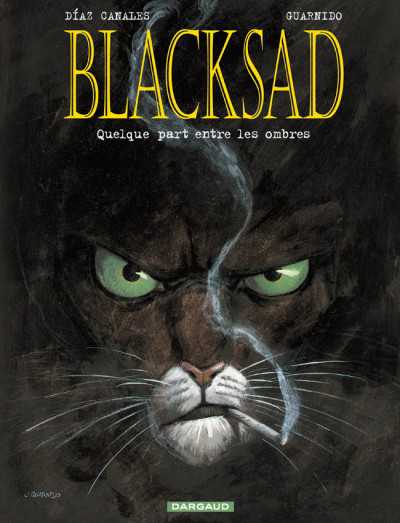