First of all, if you're gonna read this book, don't go in expecting an usual superhero book. This book explores the nature of life, death and rebirth. It also deals and switches the very nature of comic book around from the start.

The story is somewhat not exactly confusing but the basic premise is that Susan Liden is brutally killed after she discovered while doing undercover work. From here Susan is revived by an scientist into an plant-like woman, but she can't figure who she is or why she is here. At the same time, Lex Luthor wants this formula for his own company. From here is an cat and mouse chase with Luthor's men chasing after Susan while she explores her own past and new identity through her meetings of some familiar faces of the DC universe. However its truly the themes that takes this book new places, they especially philosophical when they are addressed, there is never a true answer to violence and death in the book nor is there one to rebirth as a new person. So as I pointed out don't go expecting the classic good vs evil fight of most comic books, there isn't one in here.

If there is any reason to buy this new edition of this book, is the art. Dave McKean's is beautiful and he is probably one of my favourites of the comic book genre and just as an artist in general. He really brings the natural world into the book just as he did in Grant Morrison's Arkham Asylum, you can feel as if you are breathing woodlands through every sight possible. There is almost every kind of green across the pages to contrast with the noirish world of business men and drunks. Each bit of art flows within each other but they seem to naturally collide with each other with the flow of Neil Gaiman's thought-provoking speech.

The art is breathless and alive.

Since this is a new deluxe version of this classic, there is an script (similar to the new edition of Arkham Asylum), sketches of the various designs for Black Orchid herself and finally an letter from the editor, Karen Berger agreeing with Neil Gaiman on his idea for Black Orchid. The foreword is also great piece of comic history especially if you like learning about the ground breaking era of the 1980s for DC comics. But overall these features might amuse you enough after you've devoured the book.

Well there isn't much here but I find it slightly amusing that this is a Vertigo title when it is clearly set in the DC universe especially when you have Batman and Lex Luthor show up. I also have this theory that this is set a few years after or before Batman enters Arkham Asylum in Grant Morrison's story, Arkham Asylum. Who knows maybe that's just me. :)

But overall its a good book, if you want something different or are fan of Neil Gaiman's work such as Sandman or his various novels.

Other reviews for Black Orchid: The Deluxe Edition #1 - HC 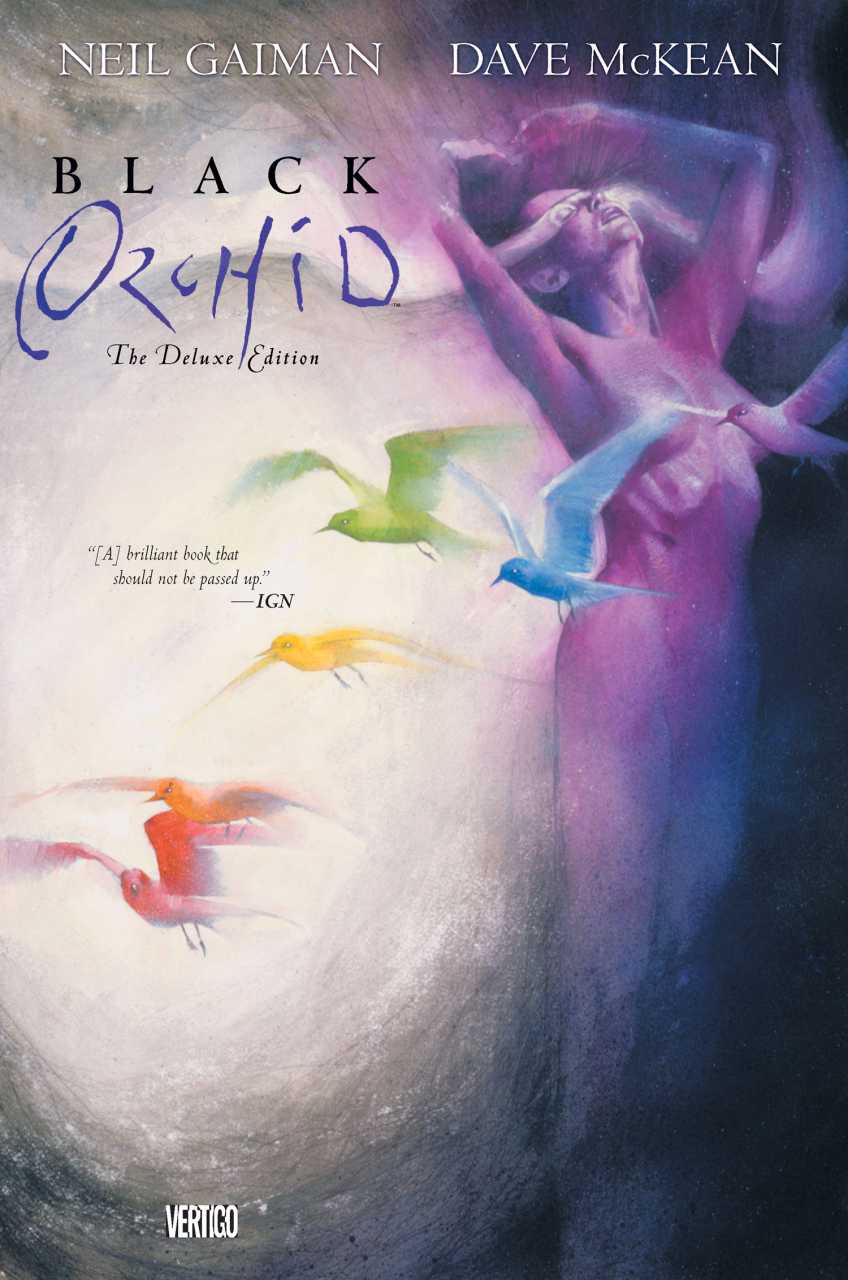