Black Lightning Vol. 2 issue # 2 takes place in Suicide Slums (a sub-division of Metropolis). Jefferson Pierce (Black Lighting) is a teacher at Carver High School. The school is overrun by street gang's" and Black Lightning finds himself with the daunting task of trying to clean up the neighborhood. There are supporting characters who push the action along such as Mayor Jackson Perry and Mr. Kasko. This issue also marks the debut of the villain known as Painkiller. Painkiller is a metehuman you don't wanna play with! He's skilled, powerful, and willing to kill at the drop of a hat. This story arc lays the foundation to the inevitable show down between Black Lightning and painkiller. Black Lightning Vol. 2 Issue # 2 is a good read for anyone who likes to see a good metehuman fight mixed in with real world story complications.
Load Comments

Other reviews for Black Lightning #2 - Teachers 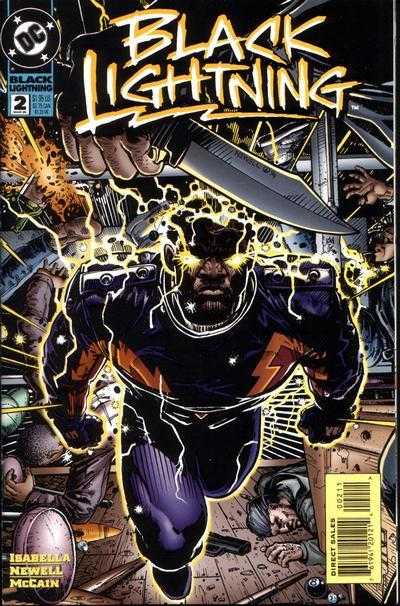