There are so many things done right in the OGN, one of the first things you will notice, is the phenomenal art that Joe Quinones contributes to this book. Quinones has a style that adds attitude to every facial expression, and to the movement. One of the best things that Quinones manages to achieve, is making Black Canary and Zatanna look different. Black Canary has a rounder nose, while Zatanna has a straight nose. It is something that you would expect, but it's rare that you find an artist who draws their females with noticeably different faces. Paul Dini is a gifted with characters, and it's very obvious that he gets these two from the beginning. Their interactions, scream their character. The dialog is also very well written and everything reflects the character who is speaking. Dini also injects tons of humor that just make the characters feel more real. Dinah and Oliver have hilarious scenes that will no doubt make readers laugh. Dini also manages to incorporate flashbacks that have nothing to do with the story, but rather the friendship that these heroes have. Having nothing to do with the actually plot, it is amazing how well they worked, adding news layer to these characters. I also really like how this is set Pre-New 52. (The New 52 is great, but it is fun to see some legacy behind the characters.) There is also some sweet added content in the back of the book. You get the pitch Dini made (way back in 2005), the script, and the layouts from Joe Quinones. It is a nice treat for those interested in the comic creation process.

The plot is good, but it is the worst thing about this book. (It is still very good, but not as good as the character interaction.) The plot almost feels made just to give these awesome ladies something to do over the course of 94 pages, but it feels weak. The motive of the villain, Tina Spettro, was not deep enough to understand her actions. The end battle was also a little dull, but still very good.

I wrote this review in hopes that it would convince someone to buy this book. I hope this book sells so that DC can see that there is a market for books like these set out of continuity with female leads. I was already a fan of Black Canary, but this gave me something that I could enjoy until they work out the character a bit in the New 52. And while I liked Zatanna, I never got the character until this. Here we have two awesome characters coming together, not to fight, but because they like each other. And it today's world of comics, it's nice to see a friendship take center stage instead of a rivalry. I highly recommend this book to anyone who enjoys comics and the Pre-New 52 universe.

Other reviews for Black Canary and Zatanna: Bloodspell #1 - HC/SC

Bloodspell tells the tale of Black Canary and Zatanna's introduction as well it puts them in the middle of a deadly magic pact. I think the story is good but it doesn't have a lot of moving pieces. The simplicity for the main story allows for more side stories and world building which is a nice addition to the book. Having the girls go shopping or showing Zatanna's first day at the JLA weren't required for the book to seem complete but I'm glad they were there. I think this balance is part of Di...

Such A Fun Book! And "New Reader-Friendly" To Boot! 0

I picked up this OGN on a whim, and I absolutely love it. Its pretty much perfect. Dini's putting in some top-notch storytelling here. Despite jumping around multiple time periods, the story flows at a perfect pace. Each flashback serves a purpose and fleshes out the relationship between our leads. Speaking of our fleshed out leads, Black Canary and Zatanna both feel like real fleshed out people. Too often with "buddy cop" style team ups (and especially when its two women), the characters get p... 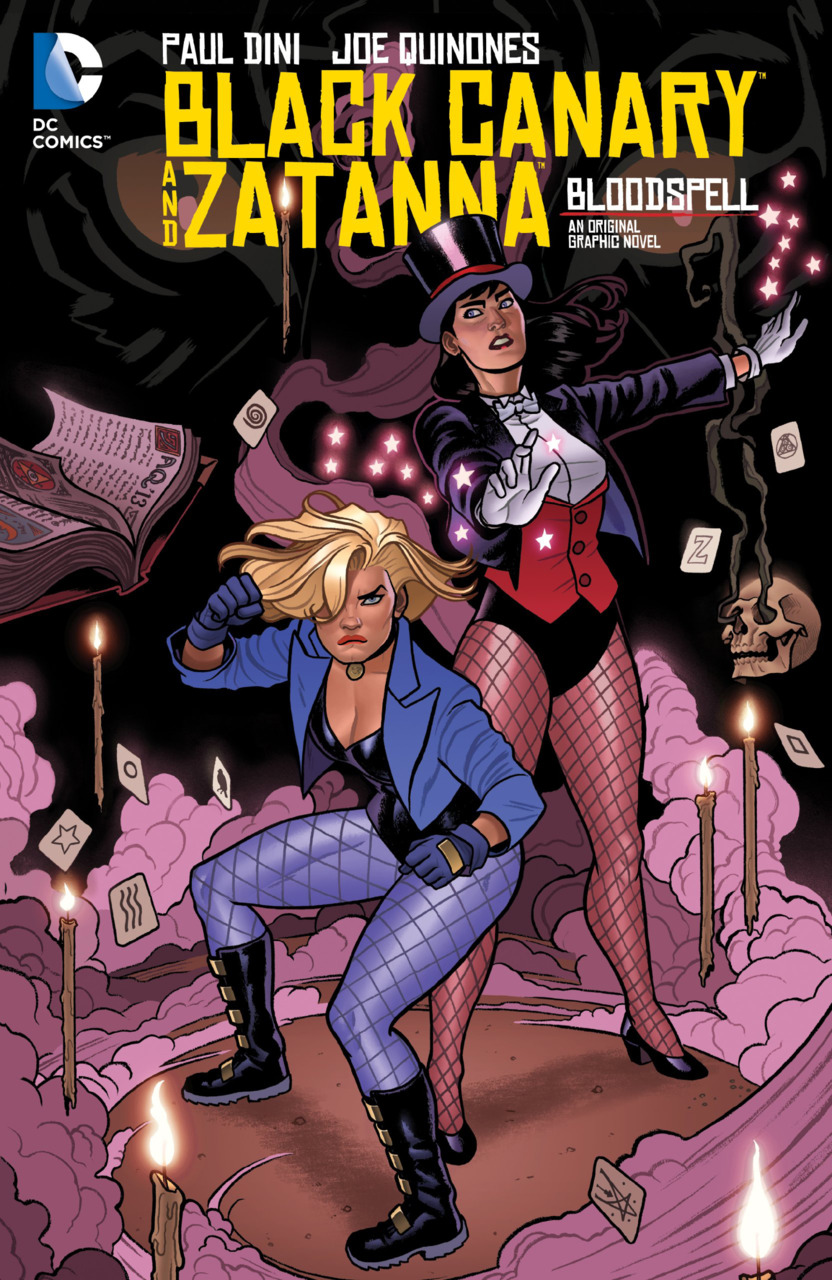